Japan's neighbors, including China, South Korea and Russia, on Wednesday voiced eagerness to work to improve their ties with Tokyo after Yoshihide Suga was tapped as prime minister to succeed Shinzo Abe, regarded as a hawkish conservative.

Chinese President Xi Jinping said in a congratulatory message to Suga that Beijing and Tokyo should "promote the construction of a relationship that is suitable for the new era," according to the People's Daily, the Communist Party's mouthpiece. 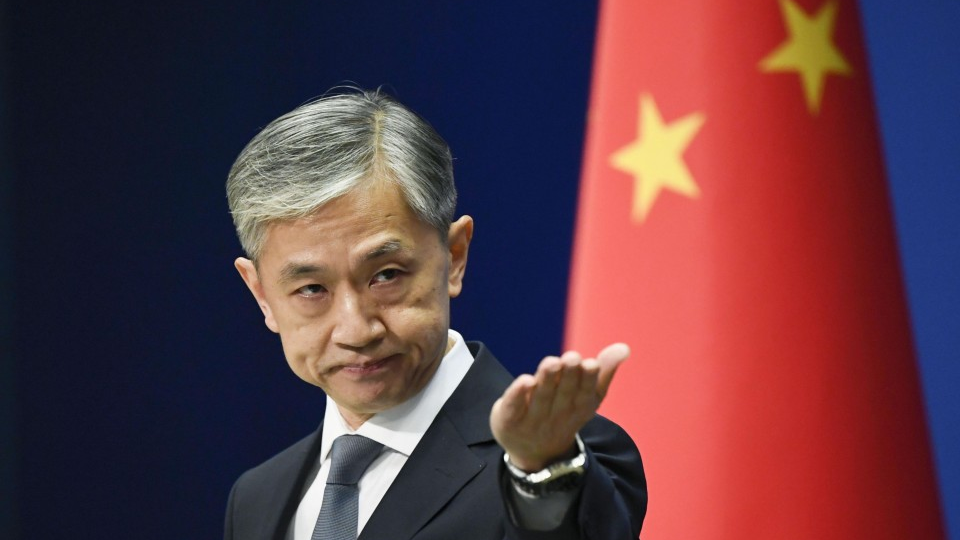 Foreign Ministry spokesman Wang Wenbin told reporters that Beijing "will promote development of relations" with Japan by "strengthening exchanges and cooperation" in various fields, with its tensions with the United States escalating.

Wang, however, urged Japan to respect the mainland's "one China" policy, when asked about Suga's appointment of Nobuo Kishi, Abe's younger brother and a former senior vice foreign minister, as new defense minister.

Last month, the 61-year-old House of Representatives lawmaker, who was adopted by his aunt and uncle, visited Taiwan with former Prime Minister Yoshiro Mori to mourn the death of its former President Lee Teng-hui.

In Japan, conservative politicians like Abe, Japan's longest-serving prime minister, have traditionally stressed the significance of the alliance between Japan and the United States, especially when the security environment in the Asia-Pacific region has worsened amid China's military buildup.

As Beijing is wary that Washington has been trying to bolster ties with Taiwan, it is concerned that Japan, a close U.S. ally, will also get closer to the island, separately governed from the communist mainland since they split after a civil war in 1949.

In democratic Taiwan, President Tsai Ing-wen congratulated Suga on his election, tweeting in Japanese, "You will be burdened with more responsibilities than ever before, but I believe you will handle them more brilliantly than ever before."

Her office's spokesman Xavier Chang called Suga an "important international friend of Taiwan" and recalled how the former chief Cabinet secretary has publicly supported Taiwan in the past.

Chang pointed out that Suga has acknowledged that both Japan and Taiwan share such basic values as freedom, democracy, human rights and the rule of law, while he has also advocated for Taiwan's accession to global organizations.

The Tsai administration is willing to jointly enhance the well-being of the people of Taiwan and Japan as well as safeguard prosperity, peace and stability in the region, he added.

As for South Korea, whose relationship with Japan has slumped to its worst level in years, President Moon Jae In sent a letter congratulating Suga on his election and expressing hope for improved bilateral ties.

The South Korean Foreign Ministry also said the nation will continue to cooperate with Japan's prime minister and his Cabinet in improving relations between Seoul and Tokyo.

Their ties have plunged to the lowest point since normalization in 1965 over Japanese imposition of export control measures against a backdrop of a string of South Korean court rulings ordering compensation for wartime labor.

Given that Suga has promised to inherit Abe's diplomatic policy, South Korea may face difficulties in improving its relations with Japan, local media said.

In Russia, one of Japan's closest neighbors, President Vladimir Putin congratulated Suga and expressed confidence that his "great influence and rich political experience" will greatly help him as the head of the Japanese government.

"I would like to reaffirm our readiness for constructive interaction on current bilateral and international issues," he said, according to the Kremlin.

"This will certainly be in the interests of the people of Russia and Japan and will also help strengthen stability and security in the Asia-Pacific region and the rest of the world."

Late last month, after announcing his decision to resign due to his health problems, Abe and Putin spoke by teleconference and reaffirmed their countries' commitment to continuing bilateral negotiations toward signing a postwar peace treaty, which has been hampered by a decades-old territorial row over Russian-held islands off Hokkaido.

Singapore Prime Minister Lee Hsien Loong told Suga in a letter that Japan continues to be a valued partner of the 10-member Association of Southeast Asian Nations and that he looks forward to continuing "a wide-ranging and substantive partnership across many areas, ranging from economic cooperation and disaster management to connectivity and capacity-building."

"As we adapt to a post-COVID-19 world, Singapore and Japan should continue to support the rules-based international order," he added.

Suga, who was Abe's right-hand man, was elected as new president of the ruling Liberal Democratic Party on Monday, after having served as chief Cabinet secretary in the Abe administration for around eight years.