Ang Rita, nicknamed snow leopard, achieved the feat between 1983 and 1996 without supplementary oxygen. 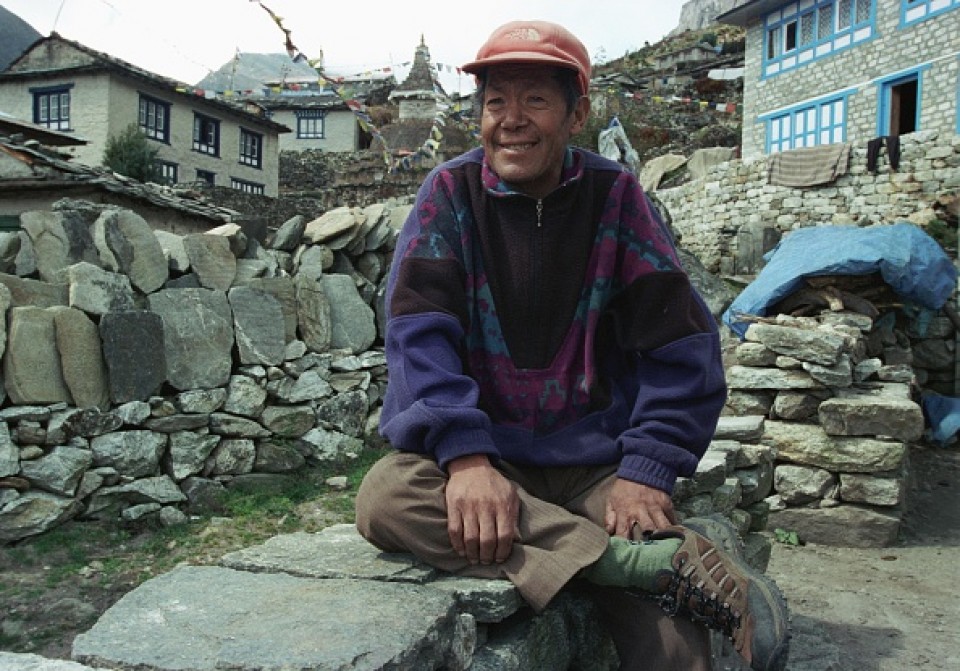 Ang Rita Sherpa is the only person to have ascended Everest 10 times, from 1983 to 1996, without using supplementary oxygen.)(Corbis/Getty/Kyodo)

Of the 10 summits, one was in fall when even the most hardened climbers avoid the mountain because of significantly higher risks than during the more preferred spring climbing season.

"It is a major loss to mountaineering," said Temba Tsheri Sherpa, who climbed Mt. Everest at the age of 16 in 2001, setting the world record for the youngest person to climb the mountain.

Prime Minister K. P. Sharma Oli, in a tweet, expressed condolences to Sherpa's loved ones and said his record would never be forgotten.

While fame did not elude Sherpa, he faced financial troubles and was dependent on his children, members of the climbing community say.

His health steadily deteriorated since 1999. In his final years, he battled liver and brain diseases.

Setting records on Mt. Everest is the quickest path to fame and affluence to Nepal's Sherpas who are employed by foreigners as guides, cooks, and porters because of their ability to stay largely unaffected by the myriad hardships caused by high altitude.

Sherpa's record has since been shattered by several members of the Sherpa community. The record is now with Kami Rita, who has climbed the mountain 24 times.

Ang Tshering Sherpa, former president of the Nepal Mountaineering Association and a close friend of Ang Rita, said his cremation will be held Wednesday following passing rites of Sherpa tradition.