Sole overnight leader Onosho fell back to the pack with a loss to fellow rank-and-file grappler Chiyotairyu at the Autumn Grand Sumo Tournament on Friday.

Following his first defeat on Day 6 at Ryoguku Kokugikan, No. 9 maegashira Onosho is tied for the lead at 5-1 with five other wrestlers including ozeki Takakeisho and sekiwake Shodai. 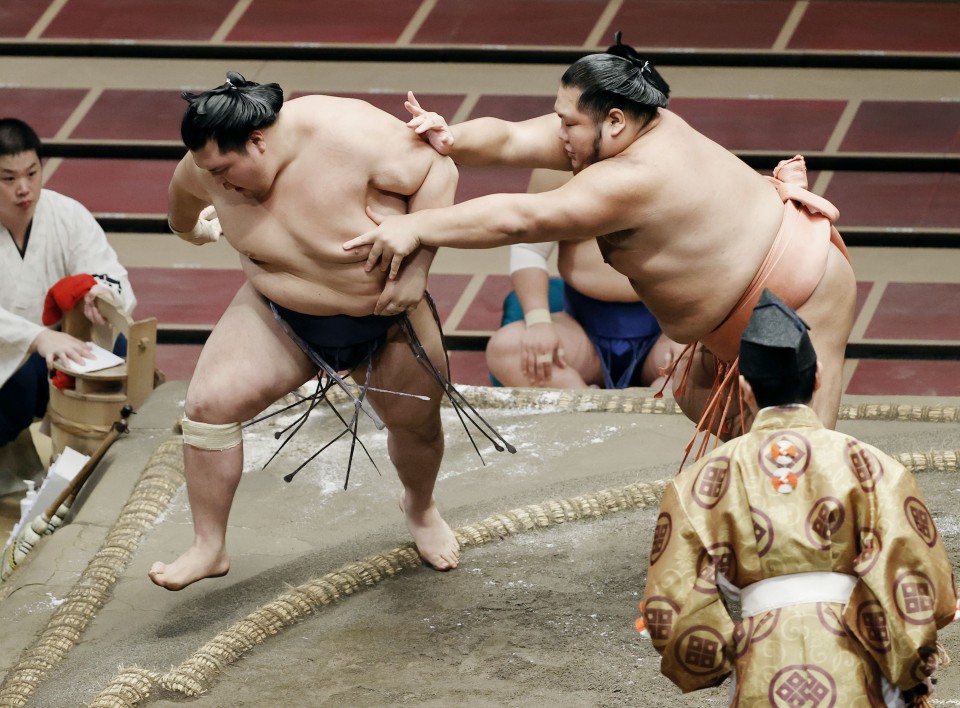 With grand champions Hakuho and Kakuryu both out of the 15-day tournament through injury, the race for the Emperor's Cup is wide open among a field that no longer includes any undefeated rikishi.

No. 12 Kotoshoho and No. 14 Tobizaru, who is making his top-level debut, also share the lead after Day 6 victories.

Takakeisho easily dispatched No. 3 Terutsuyoshi (2-4) for a third straight victory and local bragging rights in the first-ever meeting between the two Hyogo Prefecture natives.

Anticipating Terutsuyoshi's attempt to go inside from the jump, Takakeisho blocked the maegashira before knocking him off the dohyo with a strong shove.

Shodai strengthened his bid for an ozeki promotion and a maiden top-level championship by overwhelming No. 4 Tochinoshin (2-4).

The 28-year-old from the Tokitsukaze stable gave the former ozeki no chance, wrapping him up from below at the jump and driving him from the ring.

Ozeki Asanoyama improved to 3-3 with a straightforward win against No. 3 Myogiryu (3-3).

Taking an inside grip from the opening clash, Asanoyama used his superior strength and bulk to move Myogiryu around the ring. He resisted a desperation slap-down attempt before hoisting the maegashira over the straw. 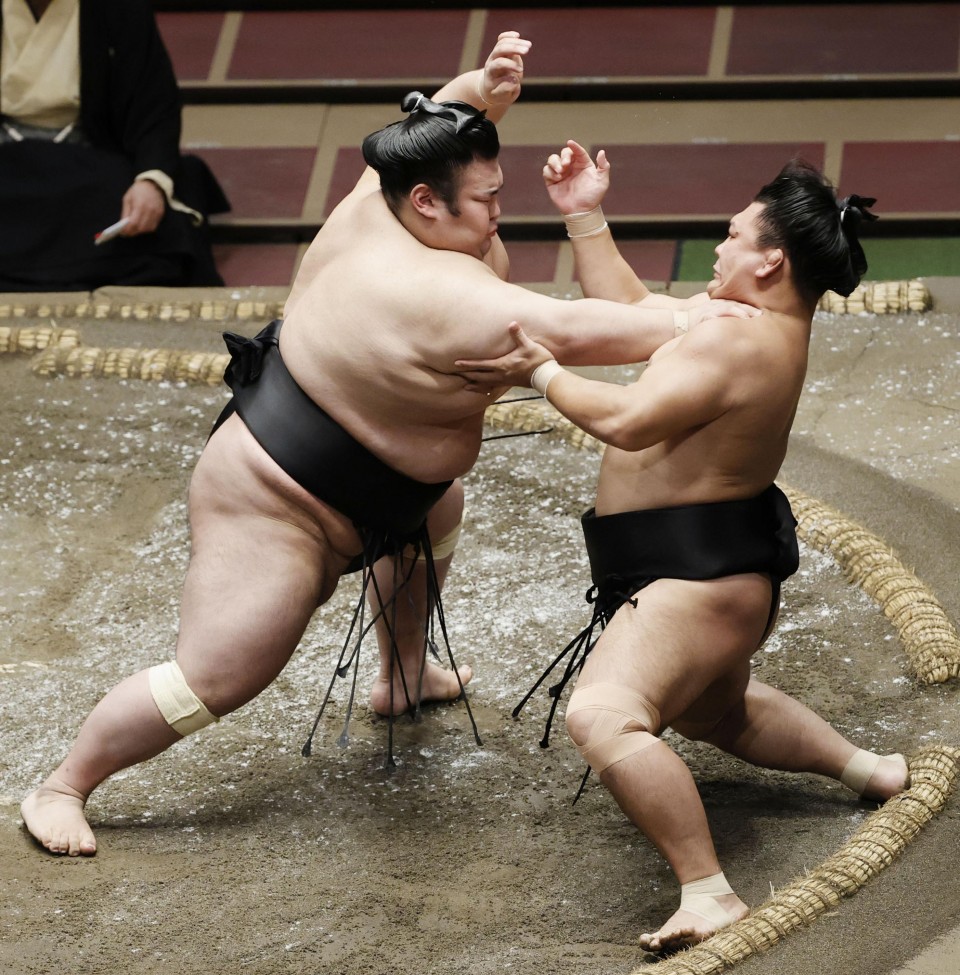 The two-time Emperor's Cup winner knocked Endo back with a powerful opening blast before dragging him down to the clay for his 10th win in 15 head-to-head meetings.

Newly promoted sekiwake Daieisho improved to 2-4 by pushing out No. 4 Yutakayama (2-4).

In a pushing and thrusting battle, Daieisho forced his opponent onto the back foot with a series of strong blows to the neck and upper body.

No. 1 Terunofuji, winner of the July grand tournament, improved to 4-2 after overpowering komusubi Okinoumi for his fourth straight win.

The former ozeki from Mongolia has picked up momentum following an 0-2 start and was simply too much for Okinoumi (1-5) to handle, quickly getting a belt grip and forcing him out.