Both grand champions, Mongolian-born Hakuho and Kakuryu, are likely to pull out of the upcoming Autumn Grand Sumo Tournament which gets under way this weekend, sources close to the matter said Thursday.

It has been 37 years since a tournament started without a yokozuna when there was more than one wrestler in the sport's top rank.

Should they pull out of the Sept. 13-27 tournament at Tokyo's Ryogoku Kokugikan, Asanoyama and Takakeisho, the two wrestlers at the sport's second-highest rank of ozeki, will be the men to beat. 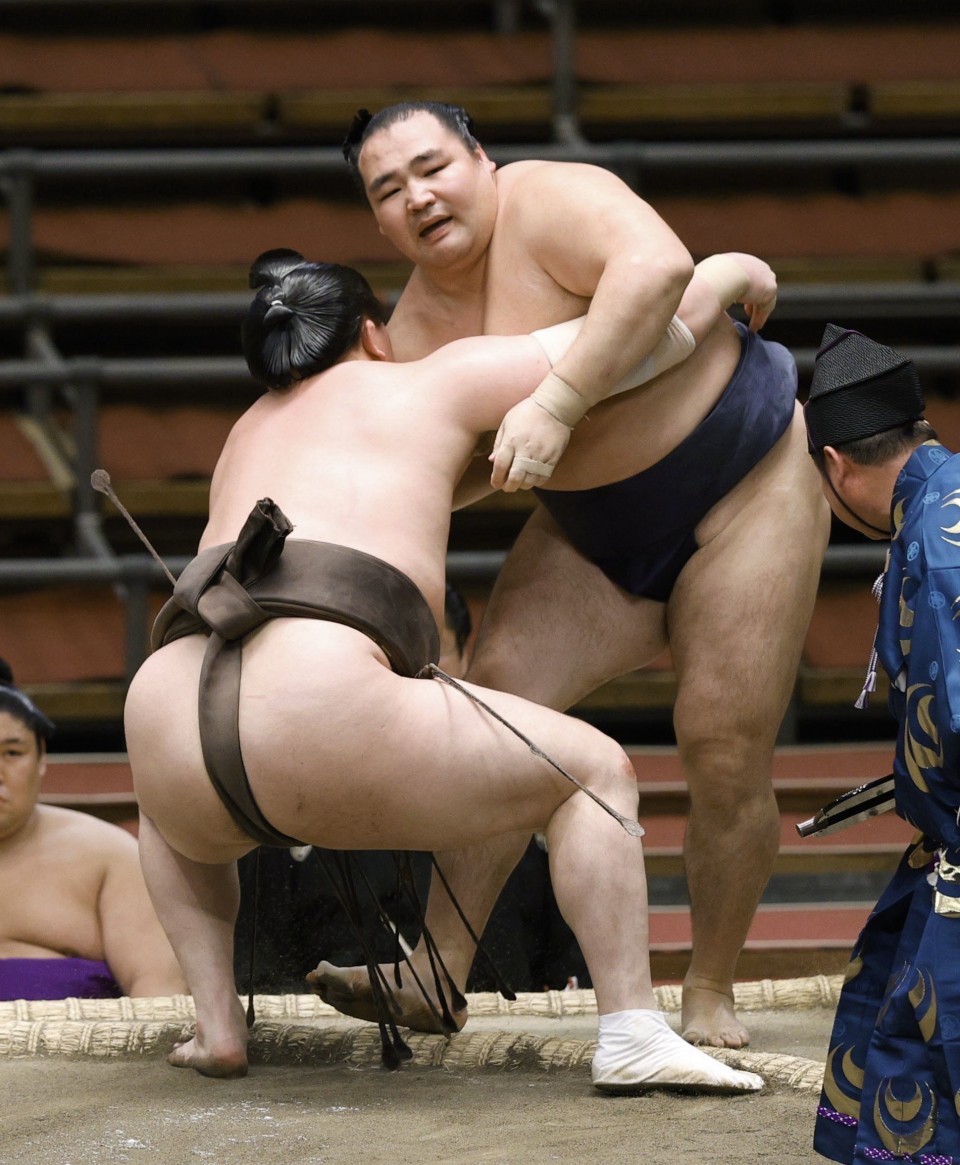 Hakuho, who fights out of the Miyagino stable, has been nursing a right knee injury that forced him out of the July meet with just three days remaining.

The 35-year-old underwent endoscopic surgery in August but has not recovered to the extent he can wrestle in training.

Meanwhile Kakuryu, who belongs to the Michinoku stable, forfeited his second-day bout in the same meet citing an elbow injury and did not return.

Also 35, Kakuryu, too, has yet to resume full training and on Wednesday said he is "not in shape" for the upcoming meet.

Hakuho has missed all or part of three of the last five tournaments. He won the other two, in November and March. Since he won last year's July tourney, Kakuryu has missed parts of four of the five since.