Lai, an outspoken China critic and owner of Next Digital Ltd., which publishes the Apple Daily newspaper, has been targeted by the authorities for allegedly endangering national security. He has also been indicted for the organizing and incitement of people to join several unauthorized protests last year. 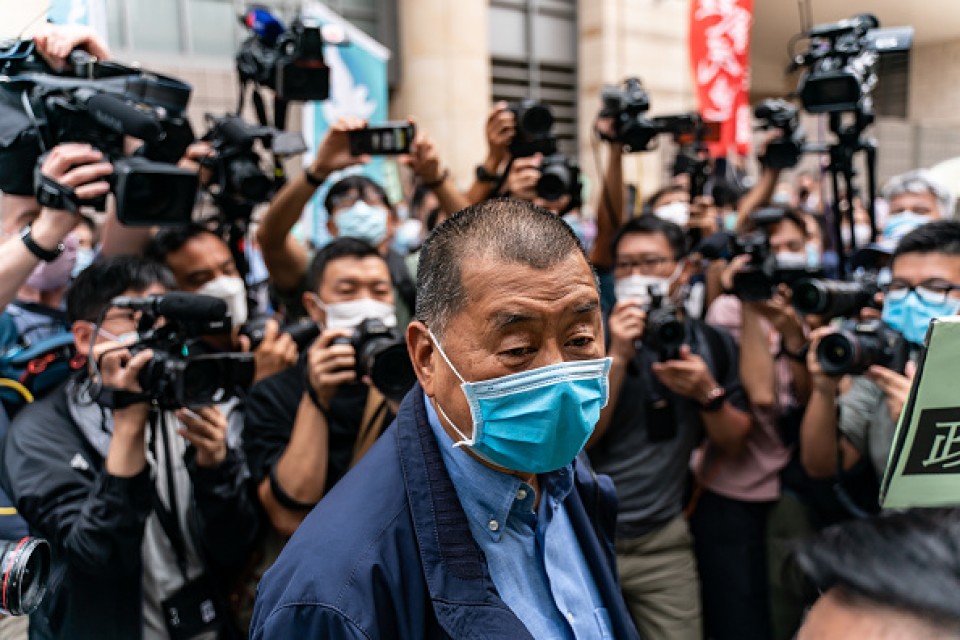 The arrests came after the share prices of Next Digital fluctuated extensively following Lai's arrest and police raid at the Apple Daily office on Aug. 10, recording a spike in share price and trading volume. Sales of Apple Daily also skyrocketed as people purchased copies of it at newsstands in a show of support to Lai.

"We are not targeting Next Digital, we are targeting those who use the Next Digital shares to defraud investors," police chief superintendent Chung Wing-man said at a news conference.

A police investigation had found that some of the arrested conspired, via social media, to make frequent trading on the stock to boost its share price and trading volume, luring individual investors into buying the stock, so they could sell at high prices to make a profit.

The arrested are a triad gang member, a civil servant and some unemployed people, including five aged under 30, the police said, adding they will look into the source of the money and where it will go.

Chung said they have reasonable grounds that the activity was not ordinary market speculation but rather an attempt to push up the trade volume and distort the market, and lure the public to invest in a particular stock.

While she did not say whether any of those arrested were connected to the media group, she said that more arrests could be made.

U.S. to partner with ASEAN in post-pandemic economic recovery: Pompeo