Drastic measures are therefore unlikely, with little likelihood of swift diplomatic breakthroughs such as in ties with South Korea, they said.

Relations with Seoul remain a major diplomatic challenge after plunging to their worst level in years under the previous government of Shinzo Abe due to disputes over wartime labor compensation and trade policy. 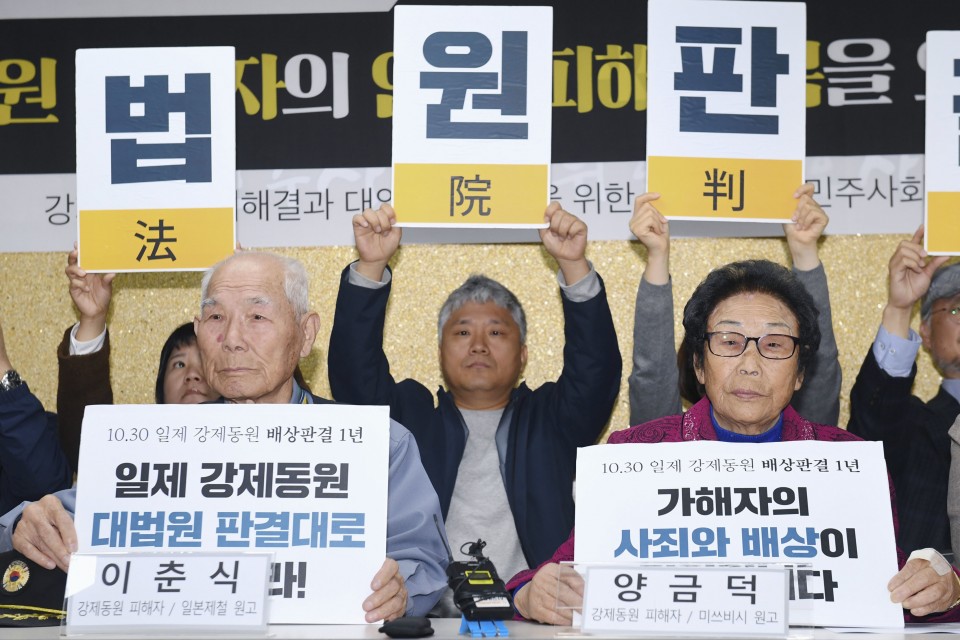 File photo from October 2019 shows a press conference in Seoul by the plaintiffs and their supporters of a damages lawsuit agasint Japanese companies over wartime labor compensation. (Kyodo)

Suga, meanwhile, who positioned himself as the continuity candidate in the race to succeed Abe, will face the task of pushing ahead with efforts begun under his predecessor to improve ties with China despite a territorial dispute in the East China Sea.

Such efforts, however, have become more complicated in recent months due to concerns over Beijing's introduction of a new national security law in Hong Kong. Tensions are also escalating between Japan's key ally the United States and China.

"Mr. Suga, a very domestic-oriented politician who has focused on revitalizing regional economies, is likely to rely on his foreign minister to promote Japan's diplomacy for the time being, and will not do anything that deviates from Abe's policies," said Go Ito, professor of international relations at Meiji University.

Abe, regarded as a hawkish conservative, made a visit to Yasukuni shrine, seen a symbol of Japan's wartime militarism by China and South Korea, during his second tenure, bringing a strong rebuke from the two neighbors. 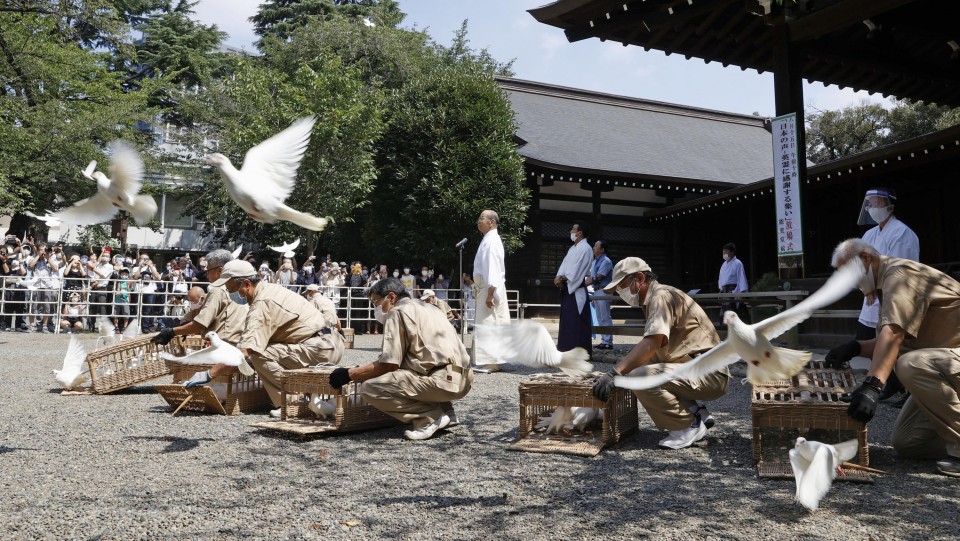 Doves are released at Tokyo's Yasukuni shrine, seen by Japan's neighbors as a symbol of its past militarism, on Aug. 15, 2020, as the country marks 75 years since its surrender in World War II. (Kyodo)

But Suga is unlikely to make any such move to irk Beijing and Seoul given his relatively moderate political ideology.

"I think it is Mr. Suga's strength that China and South Korea will not be suspicious about his stance on historical issues," which have often been a source of tensions, said Ryo Sahashi, associate professor of international politics at the University of Tokyo's Institute for Advanced Studies on Asia.

"He could get off to a (good) start with the leaders of China and South Korea if their trilateral summit is held later this year," Sahashi said.

Suga has been credited with coordinating domestic affairs and taking the lead in disaster response management at home but has little international experience after serving as chief Cabinet secretary under the Abe government for seven years and eight months before the former prime minister's resignation due to health concerns.

He was also in charge of handling the issue of past abductions of Japanese nationals by North Korea and taking measures to reduce Okinawa Prefecture's burden in hosting the bulk of U.S. military facilities in Japan. 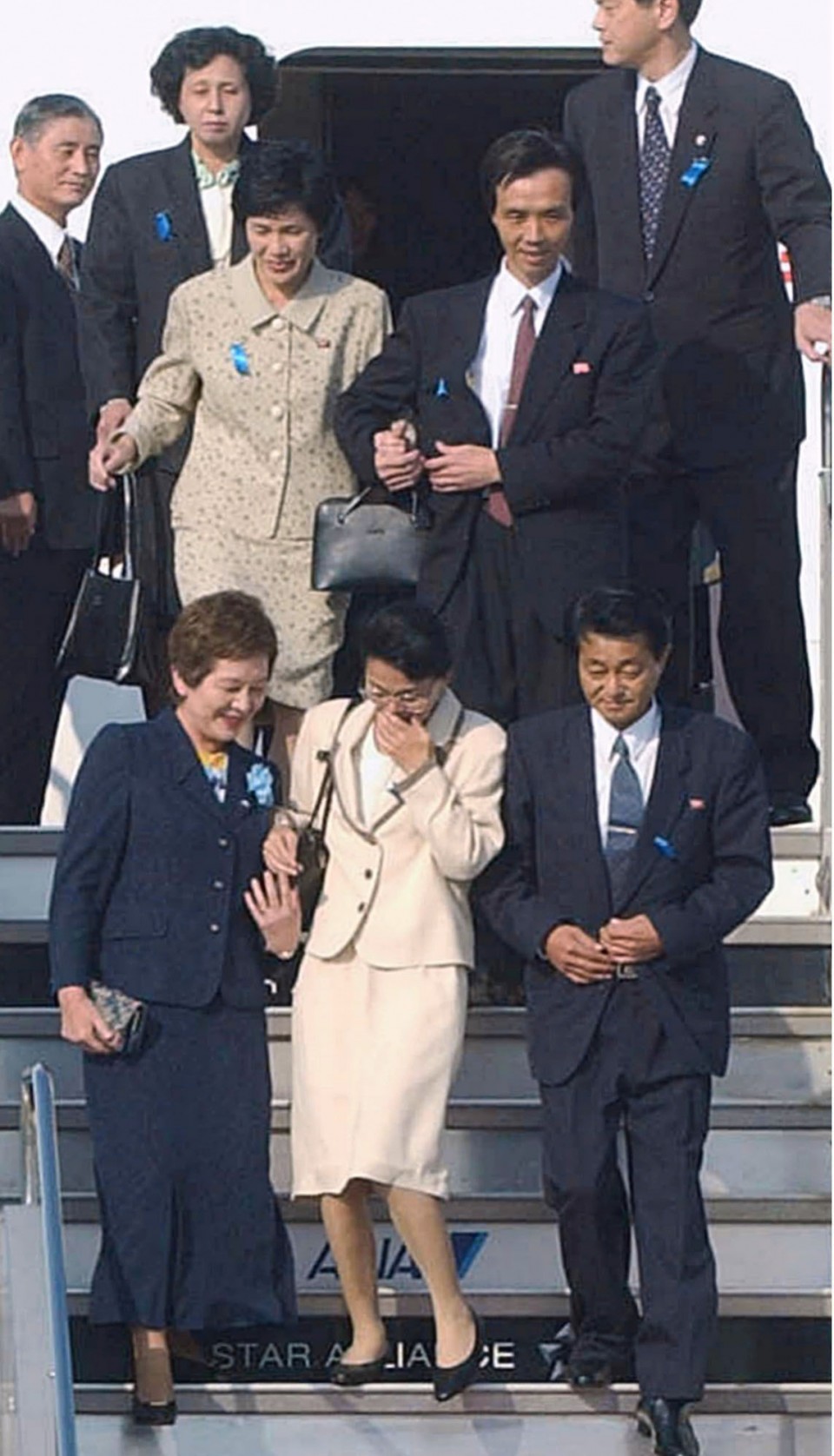 He made only two overseas trips during his stint as top government spokesman. He made a three-day visit to Washington in May last year to discuss North Korea with Vice President Mike Pence and Secretary of State Mike Pompeo.

Suga also visited Guam in 2015 to discuss the planned transfer of some of the U.S. Marines stationed in Okinawa amid intensified wrangling with local residents of the southernmost prefecture over a controversial plan to relocate a key U.S. base there.

"In the long term, he may show his own unique approach in diplomacy such as offering technological assistance to developing countries in areas of disaster preparedness, which would be him making an "export" of something he has been good at promoting in domestic politics," Meiji University's Ito said.

In the run-up to Monday's presidential election of the ruling Liberal Democratic Party, Suga refuted claims that his diplomatic skills remain his weak side.

"For instance, I have been present at all but one of around 37 telephone calls between the Japanese and U.S. leaders. I was also involved in all of the important policy decisions," Suga told a debate hosted by the Japan National Press Club in Tokyo on Saturday.

While acknowledging that "continuity is important in diplomacy," he said he would conduct foreign policy "in my own style," even if he couldn't match up to Abe's "great" diplomatic skills.

Suga has also said he will pursue his diplomatic policy in close cooperation with the Foreign Ministry and also seek support from Abe in promoting diplomacy "comprehensively."

"The fact that high-level officials such as Vice President Pence came to see him during the visit to Washington last year shows that the United States is well aware of the gravity of the role Chief Cabinet Secretary Suga has played in the Abe government," a senior diplomat at the ministry said.

Analysts said broad support for Suga within the LDP should help him promote his own diplomacy when he is ready. He cruised to victory in the LDP leadership race Monday, having secured the backing of the majority of the party's factions as well as most unaffiliated party lawmakers. Suga himself does not belong to a faction.

"His tight rein on the ruling party means that his credentials will remain strong among foreign leaders. His decisions will become trustworthy," the University of Tokyo's Sahashi said. 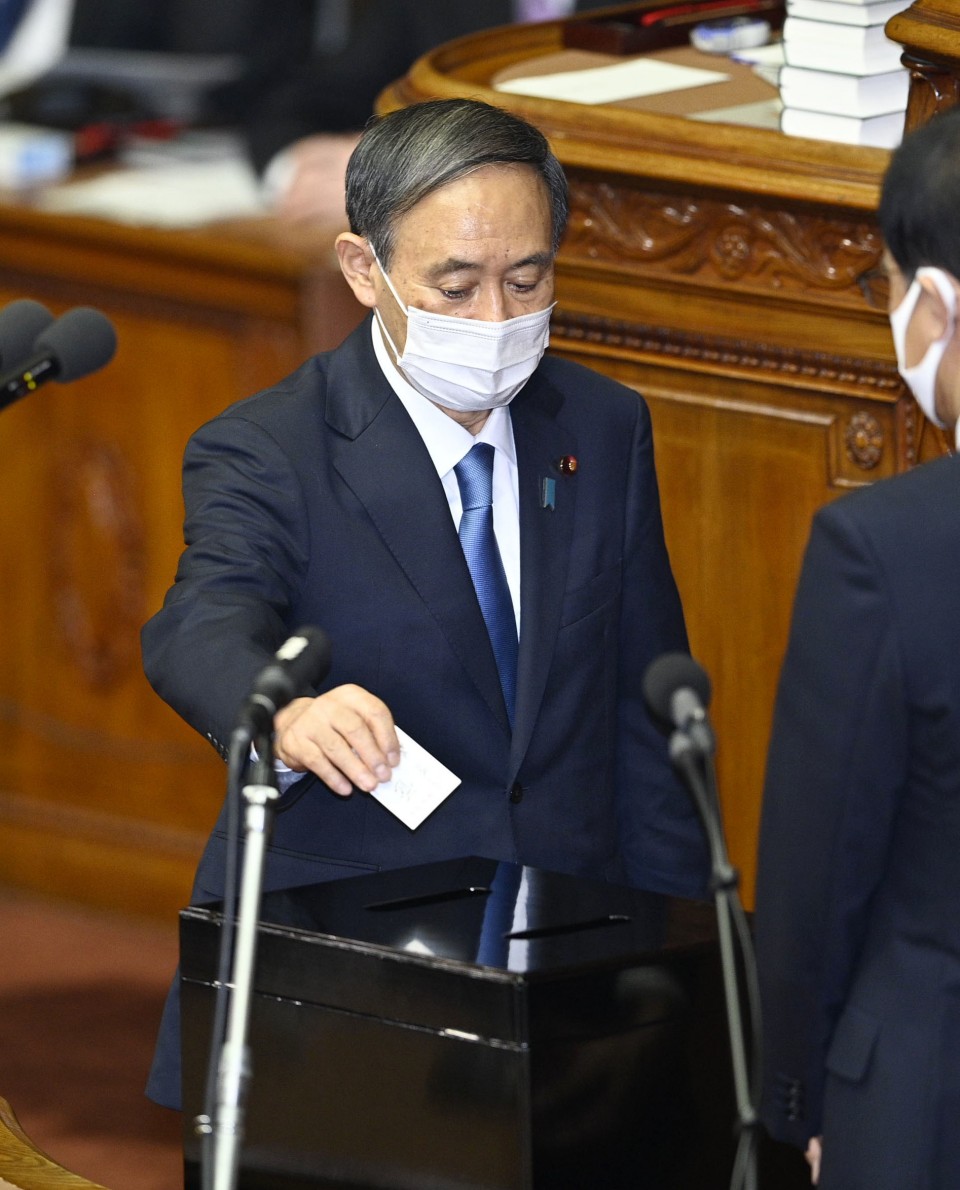 Yoshihide Suga, the new leader of the ruling Liberal Democratic Party, casts a vote during an extraordinary session of the House of Representatives in Tokyo on Sept. 16, 2020, to choose Prime Minister Shinzo Abe's successor. He was chosen as new prime minister later in the day. (Kyodo)