Moon unveiled the "Northeast Asia Cooperation Initiative for Infectious Disease Control and Public Health" in his video address to the U.N. General Assembly. 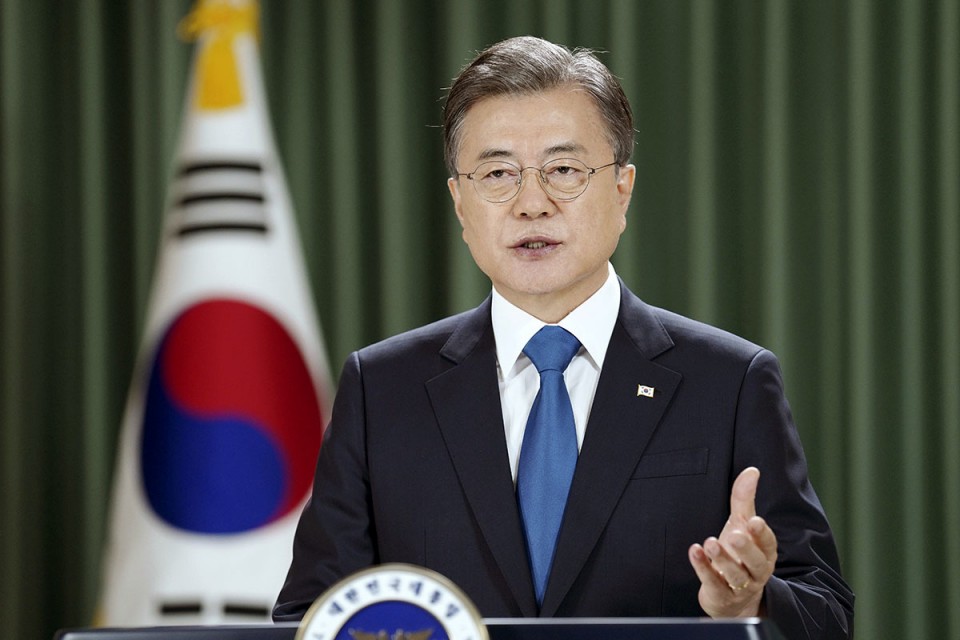 Such an initiative would lead North Korea to "engage with the international community," according to Moon.

The president said the coronavirus pandemic has posed a "greater threat to humanity than a war," and that "the safety of neighboring countries is directly linked to that of our own."

He emphasized the need for global cooperation to tackle the economic crisis caused by the pandemic, as well as in the development and provision of vaccines.

Moon also marked the 70th anniversary of the outbreak of the Korean War, which ended in 1953 in an armistice, and called for international support for an end-of-war declaration.

"Peace on the Korean Peninsula will guarantee peace in Northeast Asia as a whole and, going one step further, bring positive changes to the world order as well," he said, expressing his intention to continue talks with North Korea.