The Tokyo Olympic torch relay will start on March 25 in Fukushima Prefecture, Tokyo Games organizers said Monday, in keeping with the plan that was developed prior to the games' one-year postponement due to the coronavirus pandemic.

The relay will start from the J-Village soccer training center and last for 121 days while traversing all of Japan's 47 prefectures. The previous schedule for each region was maintained aside from a one-day adjustment to fit next year's calendar.

The Olympics are slated to open on July 23 next summer followed by the Paralympics on Aug. 24.

Approximately 10,000 runners who had already been selected will be given priority for the nationwide relay. Organizers said they will stick with the local routes and events that were already planned in principle but may make future adjustments according to the status of each region.

The Paralympic torch relay will be held in August. 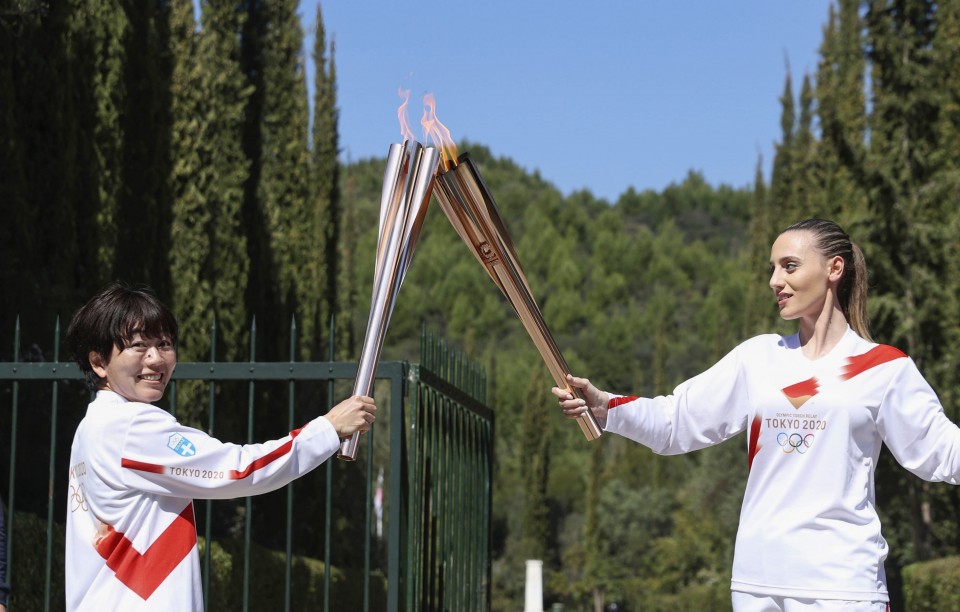 Organizers had been seeking to shorten the torch relay schedule in order to reduce swelling costs caused by the games' delay but abandoned the idea after receiving strong disapproval from local governments already banking on the event.

As a result, only reducing the size of the vehicle convoys, staff and pageantry of some of the events connected to the relay are under review as potential areas for cost cutting and streamlining the games.

The Olympic flame was lit earlier this year at the site of ancient Olympia in Greece and arrived in Japan four days before the games were postponed on March 24.

The flame has remained in the host country since and is currently on public display at the Japan Olympic Museum near the main stadium for the games in central Tokyo until Nov. 1.