The Shukan Shincho magazine published an article in its online edition Wednesday saying Seto had visited a love hotel in September with a woman who was not his wife. 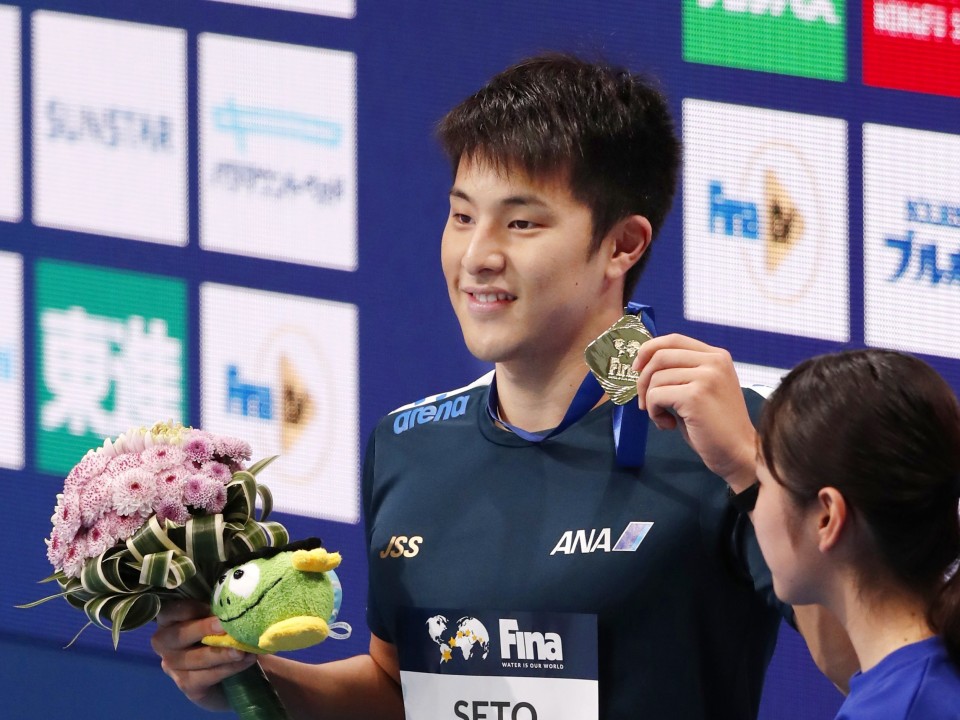 Daiya Seto of Japan celebrates with the medal after winning the men's 400-meter individual medley at a World Cup meet in Tokyo on Aug. 4, 2019. (Kyodo)

Seto said in a statement released by his management company, "My careless act hurt my precious family and caused trouble and dismay for all my supporters, sponsoring companies and many other people."

"With deep remorse, I would like to discuss with my family what to do next," he added.

According to the weekly magazine, Seto and his wife have two young daughters.

The 26-year-old Seto won the men's 200- and 400-meter individual medley double at last year's world championships, earning him a berth for the Tokyo Olympic Games next year without having to take part in national trials under the Japan Swimming Federation's selection criteria.