The United States traded barbs with China over Beijing's maritime claims in the South China Sea while also raising concerns over tighter controls in Hong Kong as foreign ministers took part in a regional meeting on Wednesday.

During a virtual ministerial meeting of the 18-member East Asia Summit, U.S. Secretary of State Mike Pompeo said it regards Beijing's expansive maritime claims in the South China Sea, which are contested by several Southeast Asian nations, as unlawful, according to the State Department. 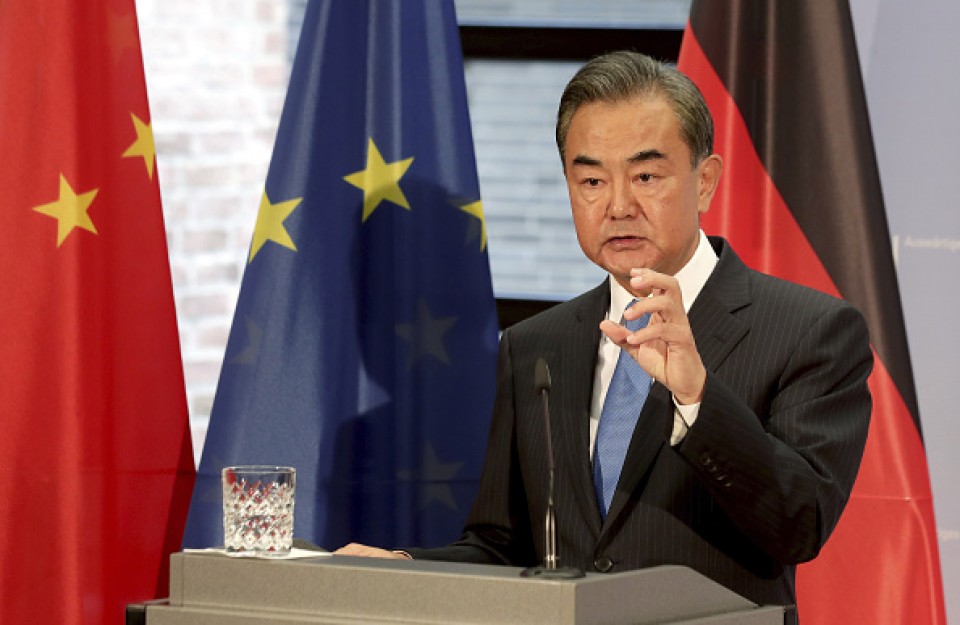 Chinese Foreign Minister Wang Yi, meanwhile, criticized the United States for directly intervening in territorial and maritime disputes in the region and said that the United States is becoming the biggest driver of militarization in the South China Sea, according to the state-run Xinhua News Agency.

The exchanges underscore the continuing standoff between the world's two largest economies. With a presidential election looming in November, U.S. President Donald Trump has stepped up pressure on Beijing on issues ranging from economic matters to security and has blamed the Asian country for the global spread of the coronavirus pandemic.

In July, the United States toughened its policy with regard to the South China Sea, calling Beijing's claims to offshore resources across most of the waters "completely unlawful."

Wang told Wednesday's meeting, chaired by Vietnam, that the United States is provoking confrontation between the countries in the region even though Beijing and members of the Association of Southeast Asian Nations are seeking to resolve South China Sea disputes through consultation.

Japanese Foreign Minister Toshimitsu Motegi said he shared his serious concern with other members over continuing attempts to unilaterally change the status quo in the South and East China seas, apparently in reference to China's assertiveness in both of the disputed bodies of water.

While Japan is not a party to disputes in the South China Sea, it relies on shipping lanes in the area and faces Beijing's separate claim to the Japanese-controlled Senkaku Islands in the East China Sea.

On Hong Kong, Pompeo joined several countries in expressing concerns over the imposition of China's sweeping national security legislation on the semiautonomous region as well as the arrests of pro-democracy students and the yearlong postponement of elections, according to the State Department.

Motegi also said he is gravely concerned about the Hong Kong situation in connection with the security legislation and called for the need to respect the rights and freedom of Hong Kong citizens under China's "one country, two systems" policy, according to the Japanese Foreign Ministry.

Under the policy, Hong Kong was promised it would enjoy the rights and freedoms of a semiautonomous region for 50 years after the former British colony's return to Chinese rule in 1997.

But the national security law for Hong Kong, enacted in late June, has enabled Beijing to crack down on what it views as subversive activity in the territory by outlawing acts and activities linked to separatism, subversion, terrorism and collusion with external forces.

Wang asserted in a statement released by the Chinese Foreign Ministry that the EAS is not a venue to attack another country's political system. Beijing has maintained that Hong Kong issues are within its internal affairs and not subject to outside interference.