The Japanese fighter, a world champion in his third weight class, moved up from super flyweight to win the WBA bantam crown in 2018 and added the IBF title to his resume in May 2019. 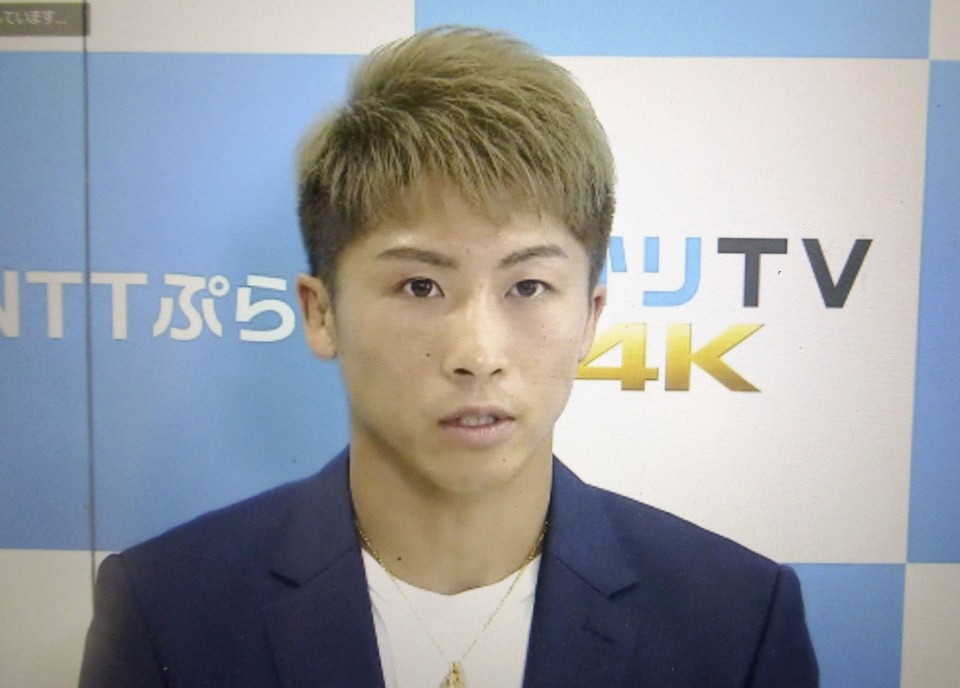 The bout will be Inoue's first in the boxing capital of the world, and is slated to take place behind closed doors at "The Bubble" in Las Vegas' MGM Grand to prevent the spread of the novel coronavirus.

"I want to put on a fight that gets the people watching on video pumped up," Inoue said. "The catch is there won't be a crowd. Whether I end it decisively or not, I want to fight with great expectations."

In a match-up between two fighters with high knockout-to-win ratios and devastating power, Inoue said a KO would likely happen in the beginning or middle of the fight.

"Moloney has stamina, and if we get tangled up in the second half of the fight it's going to turn into a mental battle," said the fighter nicknamed "The Monster."

Inoue was scheduled to face WBO title holder John Riel Casimero of the Philippines on April 25 in Las Vegas in a bantamweight title unification bout, but the fight fell through after being postponed due to the coronavirus pandemic.

Despite a roughly one-year break between fights, Inoue said he was "finally feeling ready" and has had enough time to fully recover from a pair of fractures around his right eye dealt by Filipino Nonito Donaire in a brutal World Boxing Super Series bantamweight final last November.

"I thought a lot about April's postponed bout but it ended up being good timing for me because of the eye injuries I got in the previous fight," Inoue said. "I'll be in perfect condition (for October's fight)."

A former WBC light flyweight and WBO super flyweight champion, Inoue is undefeated in 19 bouts, with 16 wins by knockout.

The 27-year-old said he wanted to begin the second chapter of his career with his first bout in Las Vegas, but admitted to feeling nervous about fighting without fans in the seats.

"I fought in front of 20,000 people last year in November but the next fight is without any spectators," Inoue said. "Each of us will have the same conditions, but how to stay focused and keep calm when I'm in a tough spot or how I'll feel when I come up to the ring without any fans around is stuff that's on my mind."

Moloney, the WBA's third-ranked challenger and the IBF's fourth, has a 21-1 record with 18 KOs.

The 29-year-old Australian is looking to capture his first world title after losing a 2018 challenge for the IBF bantamweight title against Emmanuel Rodriguez, who lost it to Inoue last year.

Boxing nurse in fight of her life against coronavirus pandemic