Japan regrets the recent installation in Berlin of a statue of a girl symbolizing Korean women who were forced to work in Japanese wartime military brothels, its top government spokesman said Tuesday.

Chief Cabinet Secretary Katsunobu Kato said at a press conference that the statue unveiled on Monday in the German capital is not in line with Japan's "stance," in an apparent reference to Tokyo's desire to build future-oriented ties with Seoul.

A civic group in Germany with South Korean ties played a key role in the statue's installation, according to the Korean Council for Justice and Remembrance for the Issues of Military Sexual Slavery by Japan, which helped the project financially.

"We will approach various parties involved toward the removal of the statue," Kato said, adding that the government will also seek to gain understanding of its position from the international community. 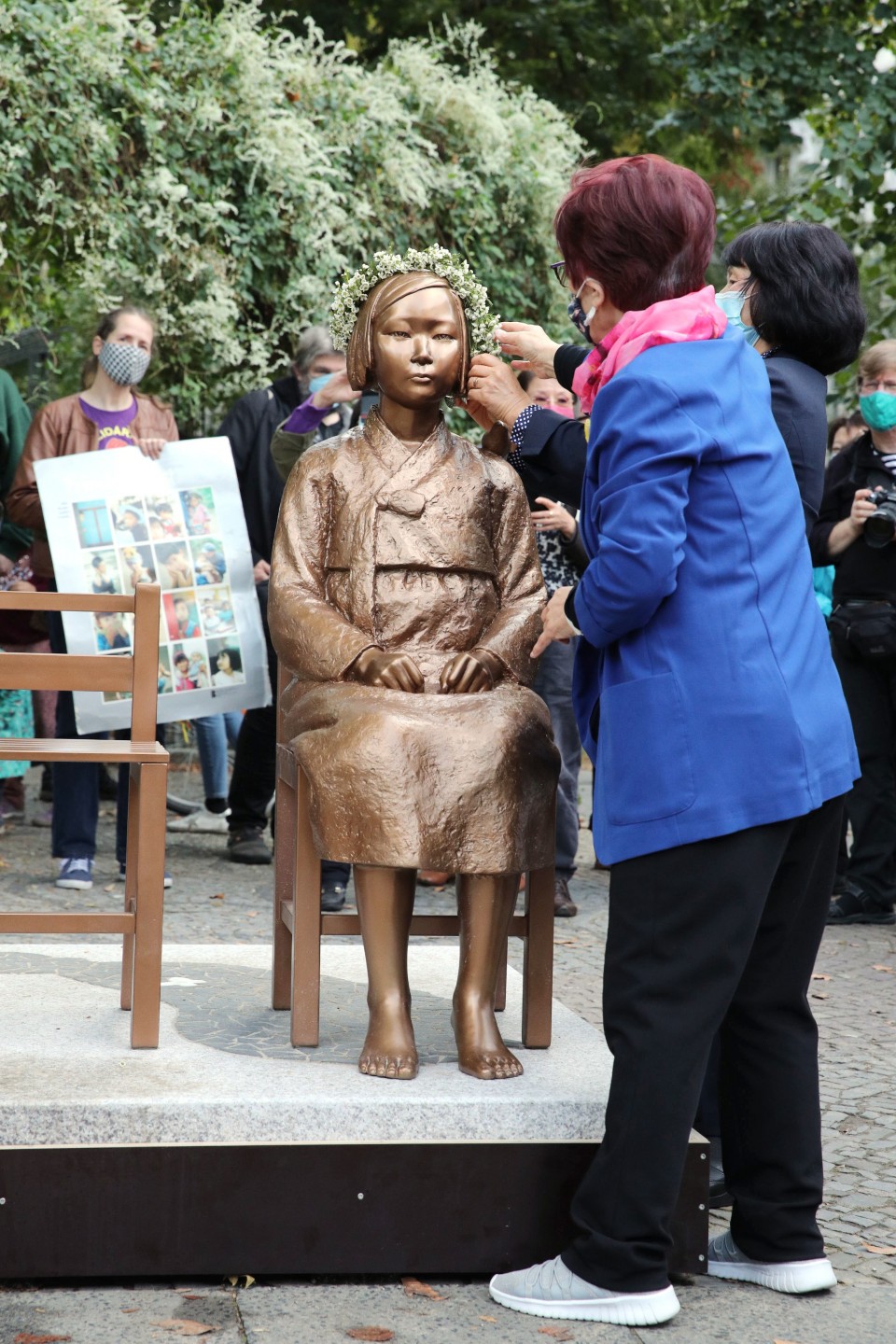 Issues stemming from Japan's 1910-1945 colonial rule of the Korean Peninsula have frequently been a source of bilateral tensions. Many in South Korea believe that Japan has not repented enough for its militarist past, including over the so-called comfort women issue.

It is the third such statue erected in Germany. While the first two were installed on private land, the latest one was placed along a street in the capital with permission from authorities.

Many similar statues of a life-size seated girl have been installed in South Korea, including in front of the Japanese Embassy in Seoul. Other overseas locations include the United States.