Japan's Kei Nishikori was eliminated from the Italian Open in the second round as 18-year-old qualifier Lorenzo Musetti scored his second consecutive upset win in Rome with a 6-3, 6-4 victory on Thursday.

The 249th-ranked Musetti, who needed a wild card to play the qualifiers in his home tournament, claimed his first ATP win on Tuesday by beating three-time Grand Slam winner Stan Wawrinka in the first round. 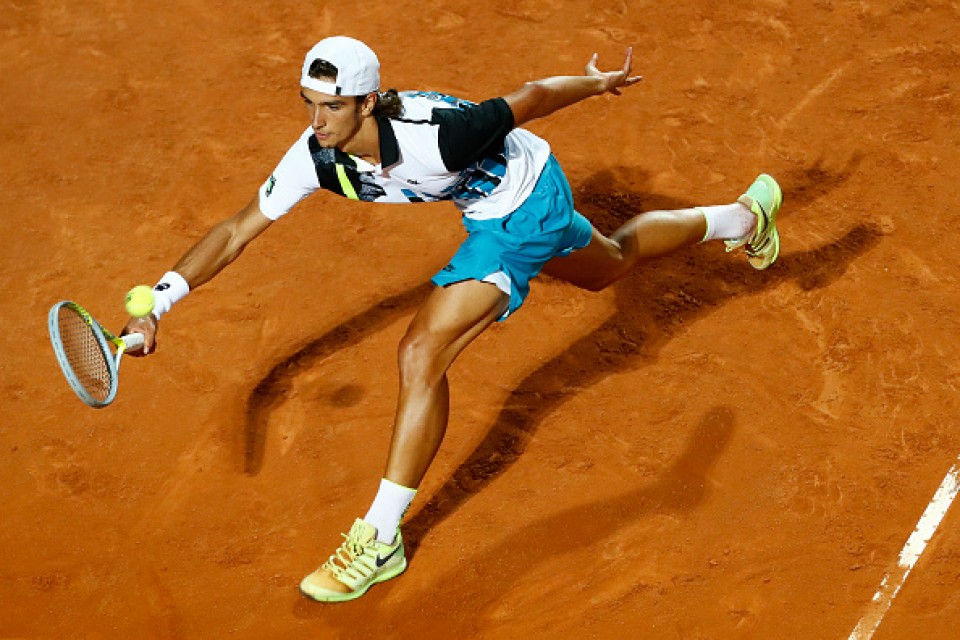 Lorenzo Musetti of Italy plays a forehand in his round two match against Kei Nishikori of Japan during day four of the Internazionali BNL d'Italia at Foro Italico on Sept. 17, 2020, in Rome, Italy. (Pool/Getty/Kyodo)

Meanwhile, Nishikori, ranked 35th in the world, was playing in his second tournament since his return from elbow surgery. His first-round win on Monday was his first since the 2019 U.S. Open.

The 2014 U.S. Open runner-up had season-ending surgery on his right elbow in October, and two positive coronavirus tests last month meant more missed playing time. He opted to skip this year's U.S. Open and play the 250-level Generali Open in Kitzbuhel, Austria instead.

Nishikori described his current condition as being "about 50 to 60 percent." 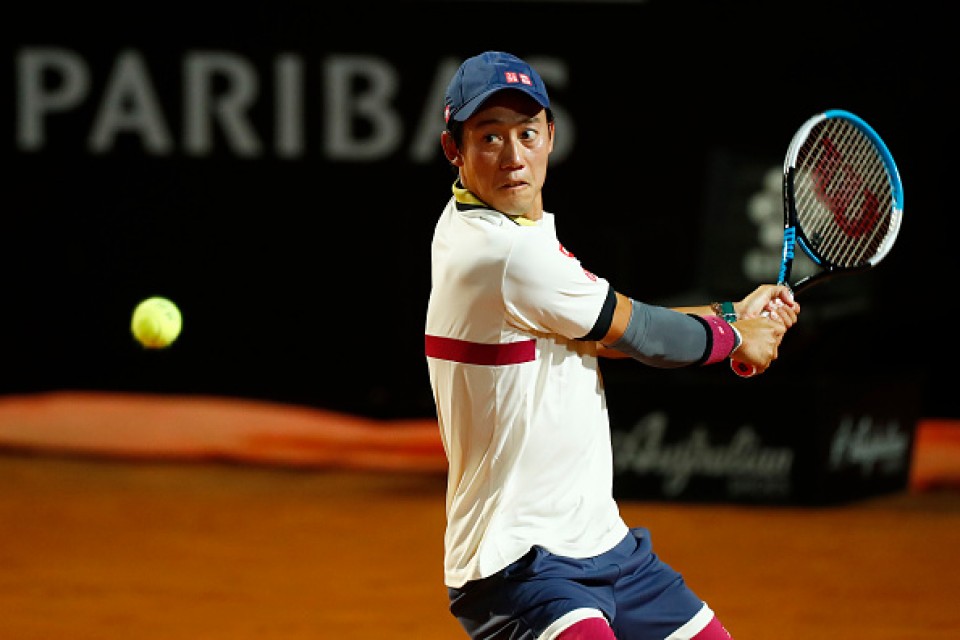 Kei Nishikori of Japan plays a backhand in his round two match against Lorenzo Musetti of Italy during day four of the Internazionali BNL d'Italia at Foro Italico on Sept. 17, 2020, in Rome, Italy. (Pool/Getty/Kyodo)

"I still lack consistency. I've had a lot of good plays though. I need to play in more matches to find my rhythm," he said.

At 4-4 in the second set, the lights in the stadium went out when Nishikori tossed up the ball to serve. It was Musetti who maintained his composure, breaking Nishikori following the blackout, which lasted for about 10 minutes.