Japan will make available an online version of a health questionnaire that travelers are required to fill out before entering the country to streamline the immigration control process, sources familiar with the matter said Saturday.

The online questionnaire meant to flag travelers who are possibly at higher risk of arriving while infected with the coronavirus will be available soon on a trial basis for some international flights arriving at Narita airport near Tokyo, they said.

The questionnaire is currently handed out to travelers aboard inbound flights.

With the new system to be introduced more widely later this year, arriving passengers can complete the questionnaire by accessing a dedicated website of the Health, Labor and Welfare Ministry before their departure and are given a QR code that confirms they have completed the process to use upon arrival, according to the sources. 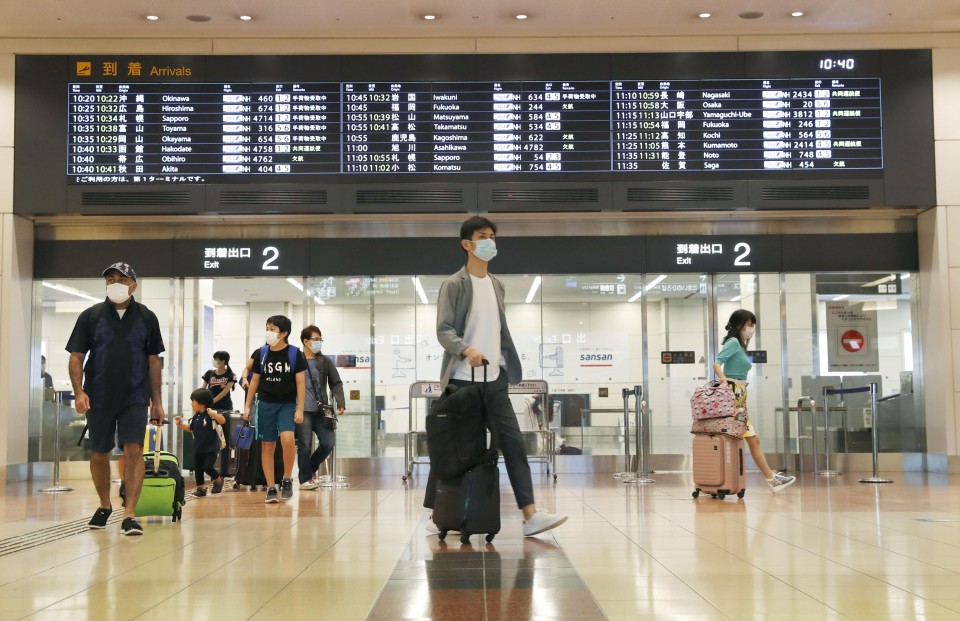 Japanese authorities said Friday the country will reopen its borders to foreigners with permits to stay for three months or longer for purposes including engaging in medical, cultural and sports-related activities. Business trips for less than three months will also be allowed.

Travelers must be accepted by entities or organizations capable of ensuring they have tested negative for the virus before entering Japan. After arrival, they have to stay in self-isolation for 14 days and avoid using public transportation during the period.

The government is considering limiting the number of entries to about 1,000 each day. At the same time, it will increase virus testing capacity at airports, government sources said earlier.

The number of infections in the country has been on a downward trend since late July, although the pace of decline has been slowing recently and has bottomed out in Tokyo, according to an advisory group for the health ministry.

More than 630 new cases were reported nationwide Saturday, up from 575 Friday, bringing the cumulative total to over 82,400, including about 700 cases from the Diamond Princess, a cruise ship that was quarantined in Yokohama in February.

Tokyo, the hardest-hit area among the country's 47 prefectures, confirmed 270 new infections the same day, up from 195 the previous day. The capital reported 59 cases, its lowest daily figure in nearly three months, on Wednesday.

Japan currently imposes an entry ban on 159 countries and regions. Foreigners who have been to any of the places within 14 days of their arrival are being turned away, with some exceptions.

The government has started gradually rolling back its travel restrictions. Foreigners with resident status in Japan who had traveled outside the country have been allowed re-entry from September.

Expatriates and other long-term residents have been allowed to come from some Asian countries, including Vietnam and Thailand. Foreign students on government grants can also enter the country.