U.S. Deputy Secretary of State Stephen Biegun and foreign ministers from five Southeast Asian countries along the Mekong River held their first meeting Friday, discussing ways to deepen their partnership amid their latest rivalry with China over the 4,350-kilometer river.

During the group's inaugural meeting, Biegun claimed that the current drought suffered in the Mekong downstream area during the past two years has been caused by dams built by China in the upstream area. 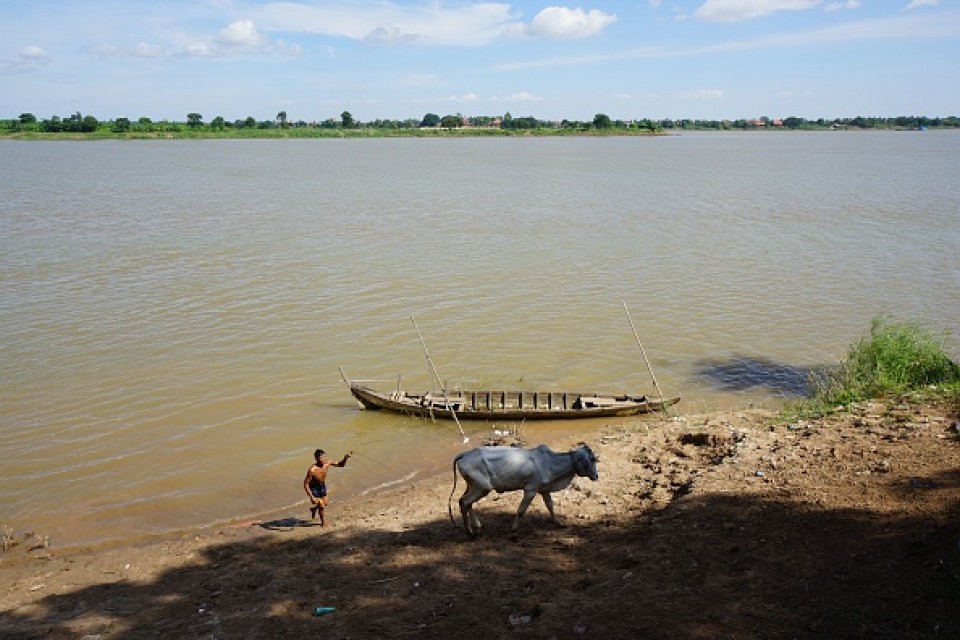 "We have to hold China accountable as the decision made in Beijing affects you all in the region," Biegun told the ministers of the downstream Mekong countries -- Cambodia, Laos, Myanmar, Thailand and Vietnam.

China's 11 dams in the river have "adversely affected food security, environment and livelihood of people in the Mekong," the U.S. official said.

"Unlike China that is dictating its will on others, the U.S. effort is to empower local people, and help countries in the region to be sovereign, independent states," he added.

Originating in China, the border-spanning Mekong has become the most important waterway in Southeast Asia, feeding more than 60 million people along its course.

In the past few years, however, the river's water level has been at record lows, causing seasonal droughts and floods that have inundated houses, devastated plantations and resulted in declining fish stocks. 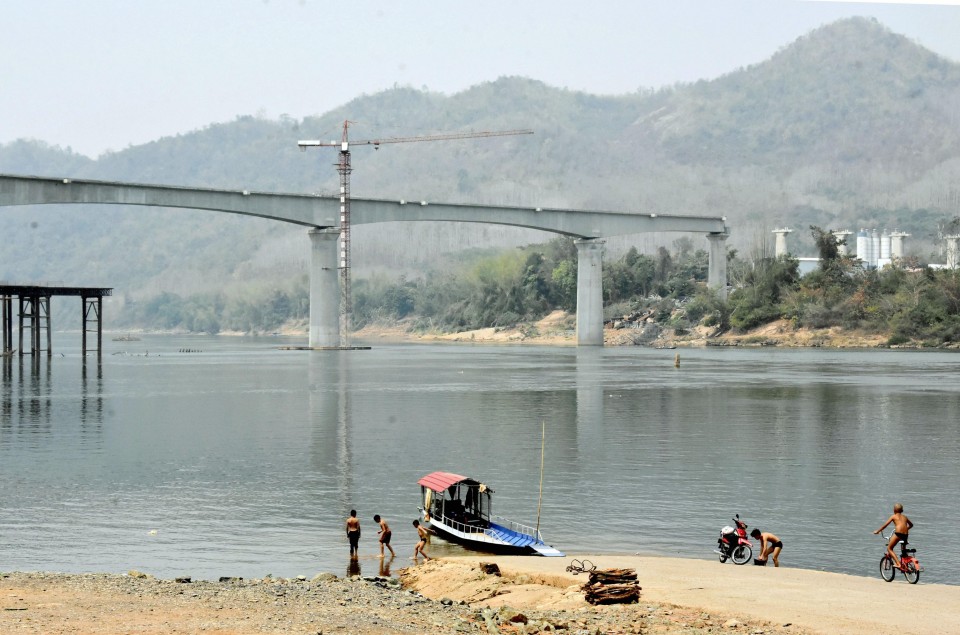 Photo taken on March 11, 2020, in the suburbs of Luang Prabang in Laos shows a railway bridge over the Mekong River under construction. (Kyodo)

A report published in April by the U.S.-based Eyes on Earth shows that China's upstream dams have been holding back 47 billion cubic meters of water.

The report was commissioned by the U.N.-backed Sustainable Infrastructure Partnership and the Lower Mekong Initiative -- a decade-long partnership between the Mekong and the U.S. to promote sustainable economic growth in the region.

Earlier this week, Chinese Foreign Ministry spokesperson Zhao Lijian slammed the United States for trying to create a dispute between China and the Mekong countries.

He was responding to a statement by David Stilwell, the assistant secretary of state for East Asia and the Pacific, who said during a recent webinar that China has been "manipulating the water flows along the Mekong for 25 years, with the greatest disruption in natural flows coinciding with major dam construction and operation."

China, Stilwell said, has been engaging in this activity "for its own profit at great cost to downstream nations."

The Friday meeting, according to a Thai official, was actually aimed at discussing ways "to deepen cooperation under Lower Mekong Initiative involving energy, connectivity, water management and natural resources and human resource development."

"The impact of COVID-19 was high on agenda and the members eyed in advancing the cooperation to mitigate the effects of COVID-19 and recover the post-pandemic economy," the official said.

Foreign ministers from nearly 30 countries, including Japan, South Korea, the United States and the 10-member Association of Southeast Asian Nations, are expected to take part in the ASEAN Regional Forum, an annual gathering to be held online Saturday.