In the central African country of Rwanda, single mothers employed at a Japanese eatery have found a new source of income after their jobs took a hit from the novel coronavirus pandemic: babysitting Japanese kids online.

Despite the seven-hour time difference, the cross-cultural service sees women play and sing with children 12,000 kilometers away in Japan via the videoconferencing app Zoom. The mothers will sometimes stream themselves shopping, chopping vegetables and cooking, to the delight of the kids' parents as well. 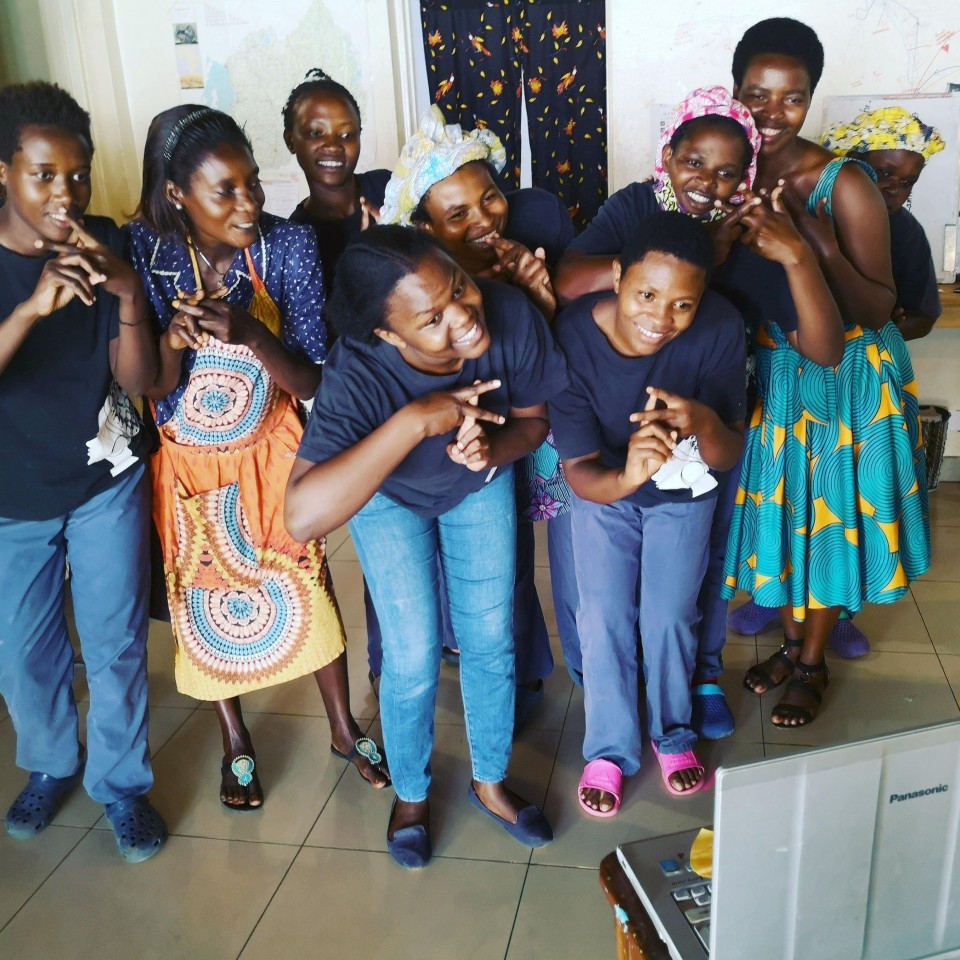 The service is provided twice a day for an hour each in a mix of local languages, English, and Japanese.

"There's a groove that you can't experience in neighborhood eurythmic classes," said Toyochika Kamekawa, 36, from Takahama in Fukui Prefecture. His 2-year-old son regularly takes part in the online sessions and sings songs he has been taught, accompanying himself on his toy drum.

The initiative was started up by Rwanda resident Mio Yamada, 38, who hires single mothers to work at her Japanese restaurant in the capital city of Kigali, and her acquaintance Yushi Nakashima, 30.

Yamada, who studied Swahili at university and now has three sons, moved to Rwanda with her husband in 2016 and opened her restaurant the following year. 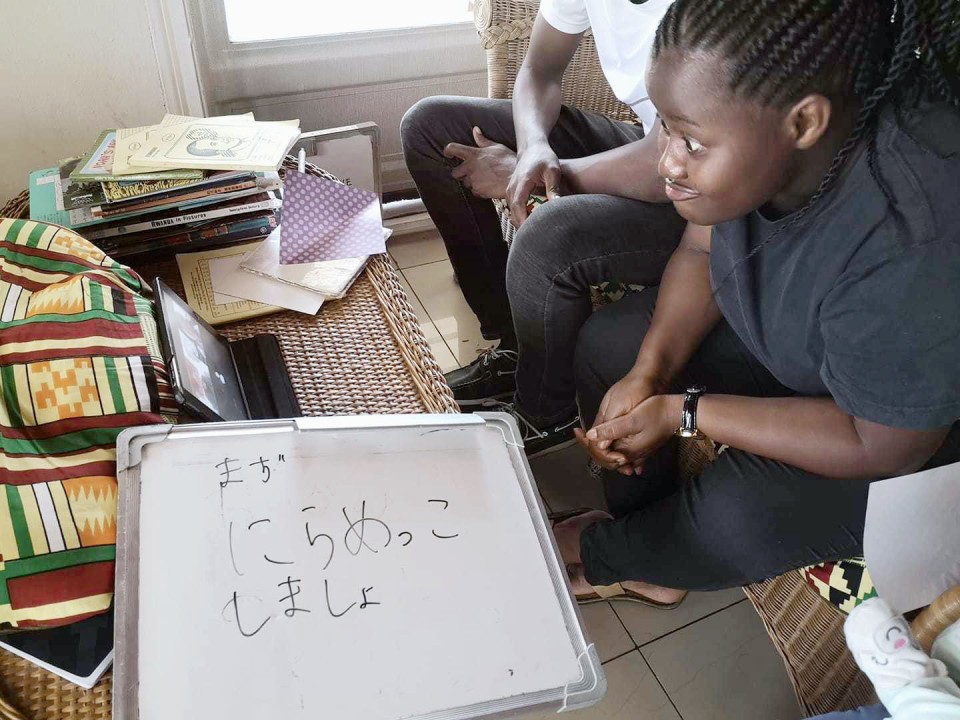 Supplied photo shows a babysitter in Kigali, Rwanda, playing an online staring game with children in Japan in July, 2020. (Kyodo)

In April, Nakashima and Kamekawa had been chatting together in a virtual bar during the pandemic when Kamekawa mentioned he wanted his child, who was stuck at home because his nursery was closed, to be able to experience online exchanges too.

Nakashima thought it was a good idea and proposed it to Yamada, who is originally from Ikeda in Osaka Prefecture and as a student had gone on a six-month bicycle trip through eight African countries.

Meanwhile, Yamada's restaurant had been struggling, following a nationwide lockdown in Rwanda that started in March.

But after she decided on a monthly income for the sitter's position of 3,000 yen ($28) -- equal to the single mothers' monthly restaurant wages -- around 20 of her employees took on the job.

"To be able to use such a service from a small town in Japan is something I couldn't have imagined before the pandemic," Kamekawa said. "I think my son will come to some realization (about the economic disparity between countries) when he's older and compares his allowance with the sitters' wages." 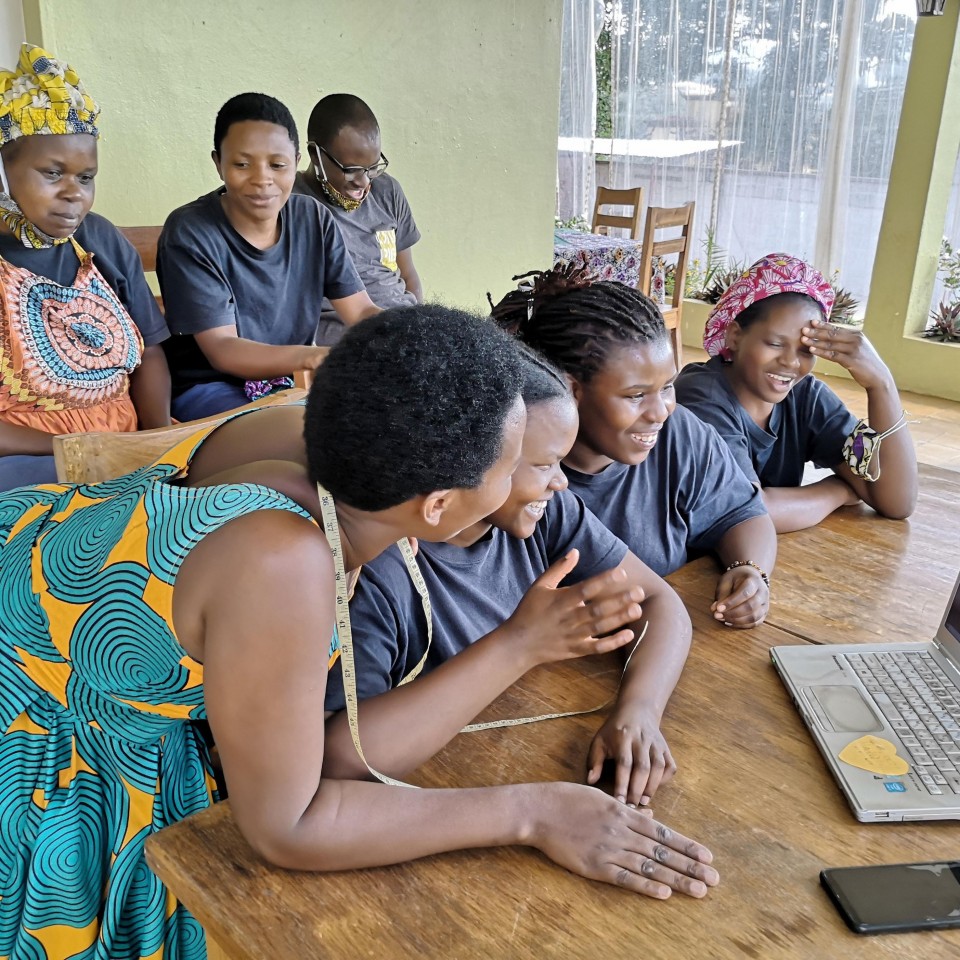 The African country underwent a genocide during the Rwandan Civil War from 1990 to 1994 when extremists from the majority Hutu tribe massacred members of the Tutsi minority. Approximately 800,000 people are estimated to have been killed within 100 days in 1994.

Some of the songs performed by the sitters touch on these darker themes. In one that foreshadows the conflict, the lyrics implore a child to stop crying with the words that when the war begins, they will be given milk from a cow that isn't sad.

According to Yamada, milk in Rwanda is a metaphor for neighborly love.

"I'll be satisfied if (the sessions) provide an experience that will change perceptions and go beyond what we take for granted in Japan," Yamada said.