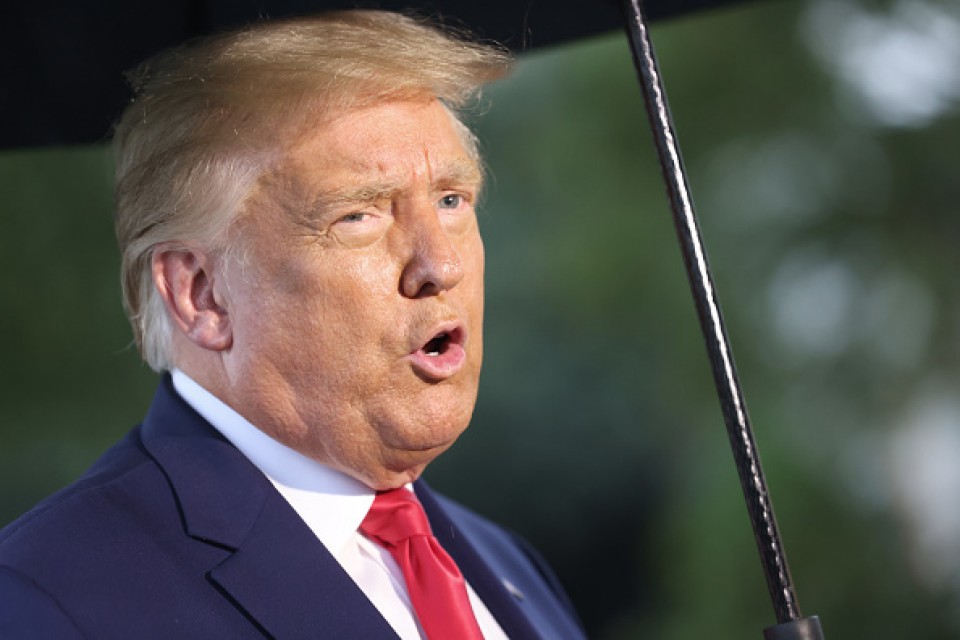 WASHINGTON - U.S. President Donald Trump on Thursday congratulated Japanese Prime Minister Yoshihide Suga on taking over from the long-serving Shinzo Abe a day before, and said he hopes to talk with the new leader in the near future.

"Congratulations Prime Minister Yoshihide Suga. You have a great life story! I know you will do a tremendous job for Japan and for the world. Look forward to talking soon!" he tweeted.

Congratulations Prime Minister Yoshihide Suga. You have a great life story! I know you will do a tremendous job for Japan and for the world. Look forward to talking soon! @kantei @sugawitter

Many world leaders have apparently faced a challenge in managing their relationship with Trump, who had no experience in public office before he was elected in 2016 and has proven to be unpredictable and unconventional in diplomacy.

But Abe, 65, developed a close relationship with Trump, 74 especially while playing rounds of golf together, with Trump calling Abe "a very good friend of mine."

Unlike Abe and many other lawmakers in Japan, Suga is not the scion of a political dynasty. The eldest son of a strawberry farmer in Akita Prefecture, northeastern Japan, he worked at a cardboard factory before entering politics.

Suga was the public face of the Abe government during its nearly eight-year life, serving as chief Cabinet secretary and holding twice-daily press conferences as the top government spokesman.

While he had few occasions to travel overseas as chief Cabinet secretary, a post also responsible for crisis management, Suga has shrugged off concerns that he lacks diplomatic experience. He said that he was present at most of the telephone calls between Abe and Trump and involved in all of the important policy decisions.