Japan's professional baseball and football leagues submitted a joint request to the government on Tuesday asking to ease the 5,000-spectator cap at games amid signs that coronavirus infections are decreasing nationwide.

The heads of Nippon Professional Baseball and the J-League revealed in a joint press conference that they are asking to raise the maximum attendance to 20,000 spectators or 50 percent of a venue's capacity, whichever is less. 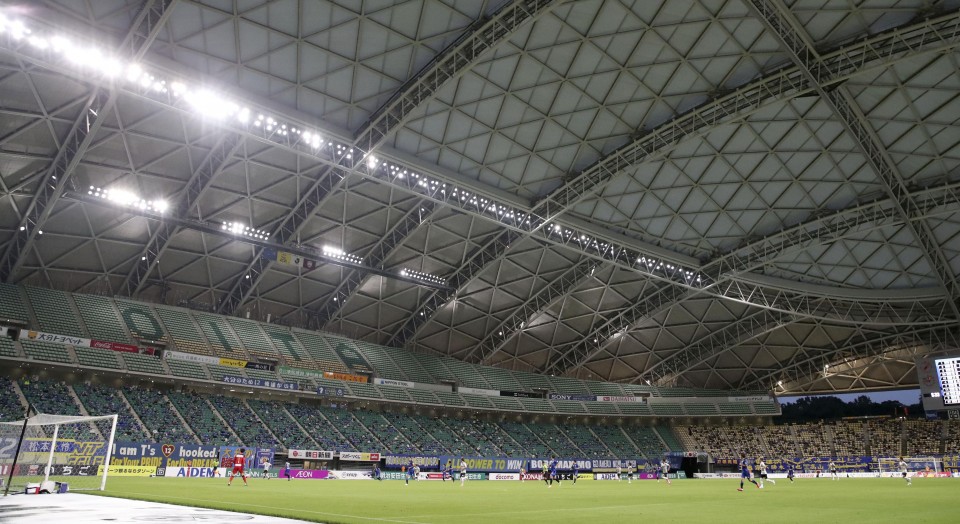 "We have been doing well while amending our guidelines to ensure that spectators can enjoy a safe and secure environment. That in itself is being effective," NPB Commissioner Atsushi Saito said.

J-League Chairman Mitsuru Murai said their organizations will await the government's decision and begin making arrangements for September if the request is approved.

Since July 10, venues in Japan have been allowed to hold up to half of their capacity or 5,000 people, whichever is less.

Games had initially been held behind closed doors when the NPB season began after a three-month delay in June, and the J-League first division resumed in early July after a four-month break.

Both leagues have seen individual cases of infections among players and staff, but a large cluster of infections has not yet occurred in either league. 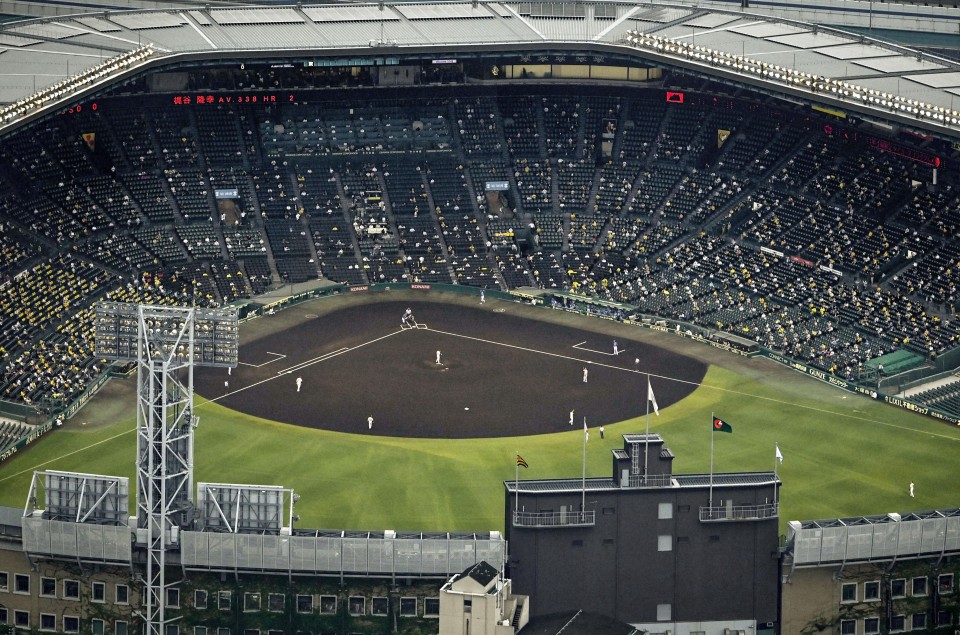 Photo taken from a Kyodo News helicopter shows fans in the stands at Koshien Stadium in Nishinomiya, western Japan, on July 10, 2020. Japan's professional baseball started admitting up to 5,000 spectators per game the same day, three weeks after the coronavirus-delayed start of the season. (Kyodo)

According to sources, the government is already considering easing the attendance restrictions as early as Sept. 19 as part of its efforts to revitalize the virus-hit economy.

The government had initially planned to ease the limit on Aug. 1 but was forced to postpone the plan several times as the country struggled to contain an additional wave of infections.