Japan received an estimated 8,700 foreign travelers in August, down 99.7 percent from a year earlier, amid the coronavirus pandemic, though showing a month-on-month pickup in volume, government data showed Friday.

The number of visitors more than doubled from the previous month's estimated 3,800 and increased even further from May's 1,663, the lowest figure since the government began compiling such statistics in 1964, according to the data released by the Japan Tourism Agency. 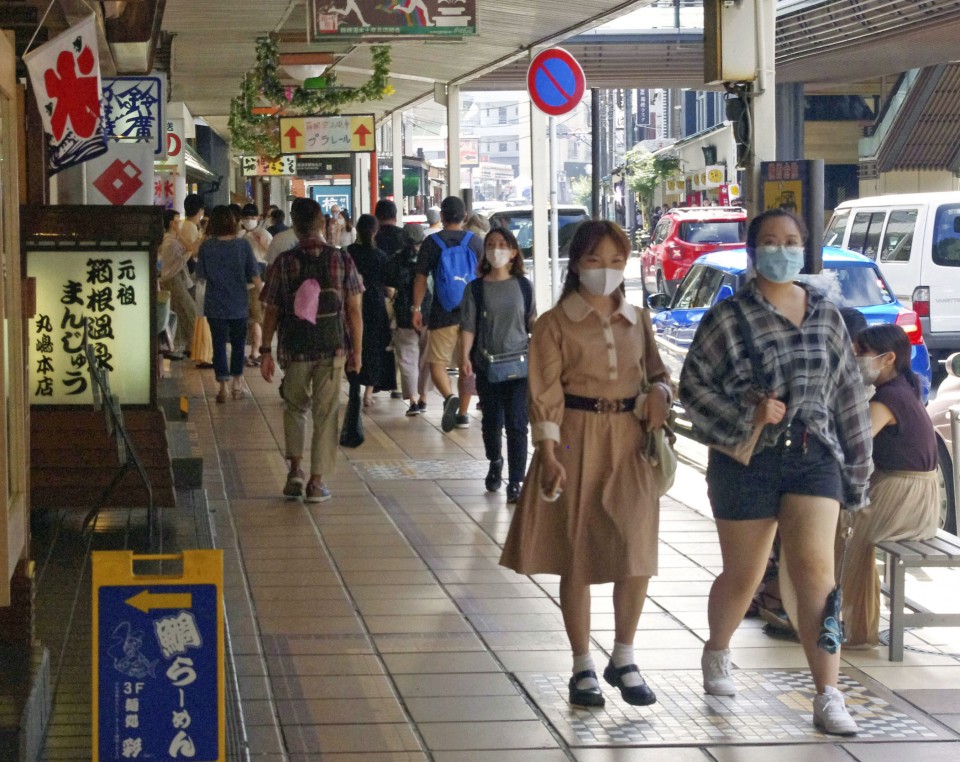 Tourists walk in the Kanagawa Prefecture town of Hakone, eastern Japan, on Sept. 11, 2020. The Japanese government plans to add Tokyo to its domestic travel subsidy program from Oct. 1. (Kyodo)

Still, the latest figure marked the 11th consecutive monthly decline since last October, when the number of South Korean visitors fell sharply on the back of souring political relations between Tokyo and Seoul over wartime issues.

The month-on-month increase in August is attributable to Japan's relaxation of travel restrictions for some countries, according to government officials.

While Japan continues to restrict in principle the entry of foreign nationals from 159 countries and regions, the restrictions have been eased for those who hold residential status in Japan coming from countries with relatively few confirmed cases of the novel coronavirus, including Thailand and Vietnam.

By country, visitors from China totaled 1,600 in August, compared with about 1 million a year earlier, followed by those from Vietnam at 1,100, and South Korea and the United States, which both had 700.

The number of Japanese nationals departing from the country in August dropped 98.2 percent from a year earlier to about 37,100, but nearly doubled from the previous month.