Hiroki Yuhara, a former member of the Japan national side and the Toshiba Brave Lupus forwards coach, died at the age of 36 on Monday, the Top League club announced.

The cause of death has not been revealed, although sources with knowledge of the incident said he collapsed while working out in the team's clubhouse in western Tokyo and was rushed to a hospital, where he died. 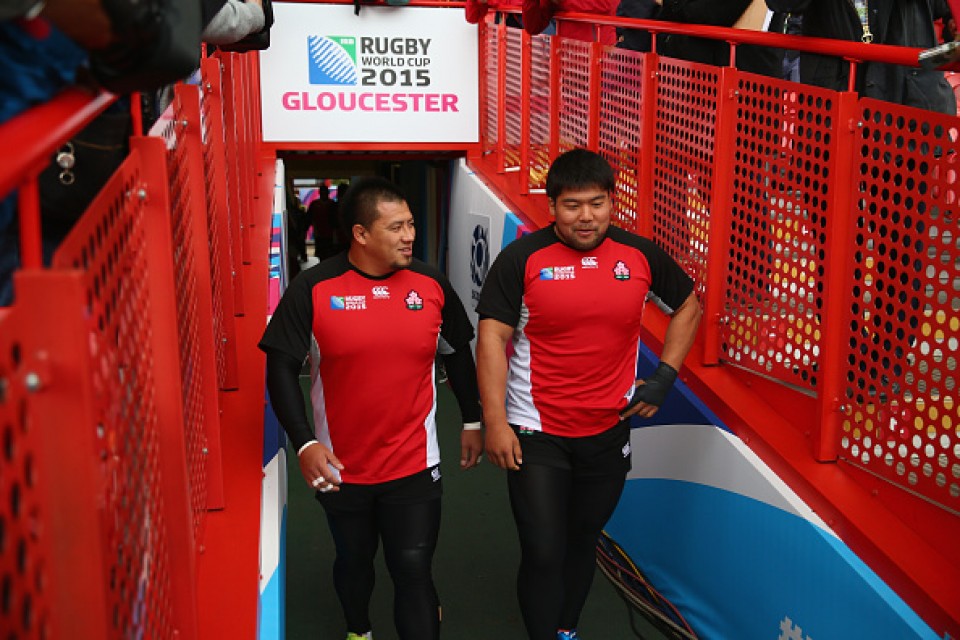 Hiroki Yuhara (L) and Kensuke Hatakeyama (R) of Japan head towards the pitch from the dressing rooms during the Captain's Run ahead of the Japan versus Scotland Pool B match at Kingsholm Stadium on September 22, 2015 in Gloucester, England.(Getty/Kyodo)

The former hooker won 22 caps for Japan and featured in one game at Rugby World Cup 2011 in New Zealand. He was part of the squad for the 2015 tournament in England, but along with Toshiba teammate Toshiaki Hirose, did not get any playing time.

"This news is so sad and sudden. I have no words," Japan Rugby Football Union President Shigetaka Mori said in a press release.

"His contributions to the national team for so many years as a cornerstone of our pack are immeasurable, and we were counting on his future contributions as a coach."

"I want to pay my respects for all you did for the rugby community and offer a prayer for your soul."