Ozeki Takakeisho remained at the front of the pack with a hard-fought win, but sekiwake Shodai suffered an upset loss and relinquished his share of the lead at the Autumn Grand Sumo Tournament on Saturday.

Takakeisho beat No. 4 maegashira Yutakayama on Day 7 at Ryogoku Kokugikan to improve to 6-1 and establish himself as the favorite for the Emperor's Cup after the opening week of the 15-day tournament. 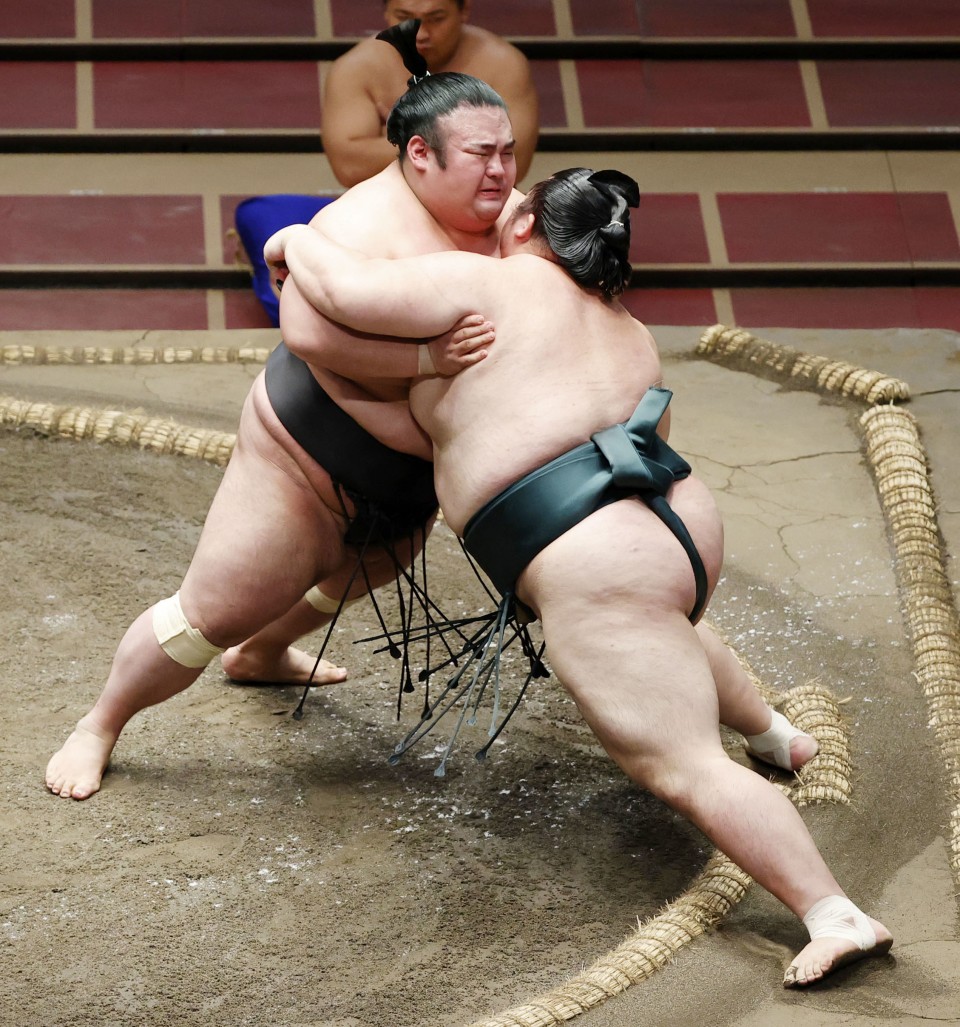 With grand champions Hakuho and Kakuryu both out through injury, Takakeisho is tied at the top of the standings with rank-and-filers Kotoshoho and Tobizaru.

In the day's penultimate bout, the 24-year-old ozeki delivered a hard opening blast, but Yutakayama (2-5) held his ground and fought back with a thrusting attack.

The pair exchanged blows before Takakeisho's powerful pushing and thrusting won out, driving the maegashira backward and out.

The sekiwake twice pushed Okinuomi back to the edge, but the komusubi kept his footing each time before executing a thrust down.

Ozeki Asanoyama (4-3) earned a straightforward victory against No. 3 Terutsuyoshi (2-5) in the day's final bout.

The maegashira tried to go inside from the jump, but the powerfully built Asanoyama anticipated the move and easily pushed him out.

Sekiwake Mitakeumi (4-3) hurt his bid for a third Emperor's Cup with an upset loss against No. 2 Tamawashi (3-4). 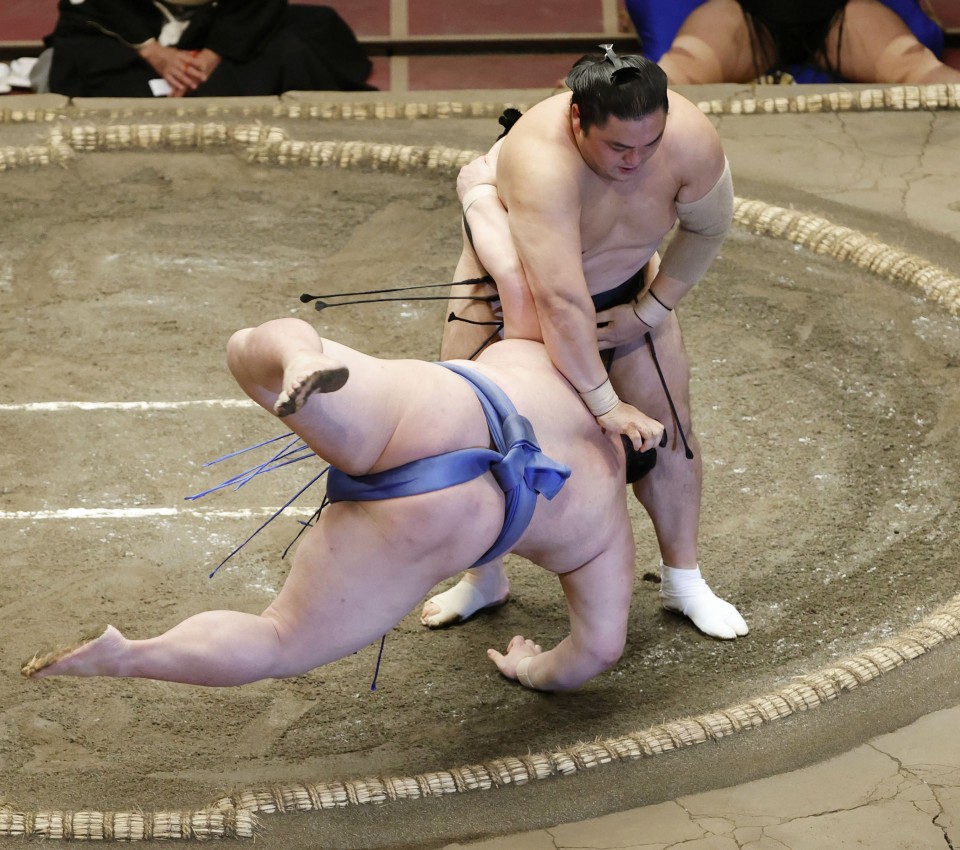 Despite dominating their head-to-head record 21-2 coming into the bout, Mitakeumi allowed the maegashira to seize the opening momentum and offered little resistance as he was pushed out.

Newly promoted sekiwake Daieisho dropped to 2-5 after a spirited battle against No. 4 Tochinoshin (3-4).

Daieisho escaped multiple attempts at a belt hold by the former ozeki and fought back with a pushing and thrusting attack before being forced out.

No. 1 Terunofuji, winner of the July grand tournament, improved to 5-2 by pushing out komusubi Endo.

The Mongolian former ozeki spun Endo (3-4) around by his arm and shoved him out from behind for a fifth straight win.

No. 12 maegashira Kotoshoho, fighting in his second top-division meet, earned an impressive thrust-down victory against No. 16 Hoshoryu (3-4), whose debut in the top flight is being closely watched since he is the nephew of former yokozuna Asashoryu.

Makuuchi-division debutant No. 14 Tobizaru knocked No. 11 Chiyotairyu (5-2) from his spot among the leaders with an underarm throw.

No. 9 maegashira Onosho, who entered Friday's bouts as the outright leader, also dropped off the pace at 5-2 after taking his second straight loss, against No. 6 Kagayaki (5-2).