Financial markets in Japan are expected to find a firm footing following Prime Minister Yoshihide Suga's pledge to continue with his predecessor Shinzo Abe's economic policies to bring the coronavirus-stricken economy back onto a growth track.

Market participants are closely watching whether the new premier will dissolve the lower house of parliament for a snap election in the coming months to strengthen his grip on power, a move that could boost confidence over the continuity of economic policy.

The benchmark Nikkei 225 index is expected to test an upside of around 24,000 by the end of the year and could even rise to 24,500, analysts said. The index's downside is likely to remain firm around 22,000. The Nikkei ended Wednesday up 20.64 points, or 0.09 percent, at 23,475.53 after Suga was elected new prime minister at an extraordinary parliamentary session.

Still, uncertainty over the U.S. presidential election in November and the continued coronavirus pandemic could derail the solid outlook, they said.

"The Suga administration is a positive signal for the market as he has pledged to stick to Abe's economic, fiscal and foreign policies, and he also showed a reform stance," Yutaka Miura, senior technical analyst at Mizuho Securities Co., said.

When Abe returned to power in late 2012, the Nikkei index was trading around the 10,000 level. His "Abenomics" package of aggressive monetary easing, fiscal stimulus and structural reforms helped lift the index to a 27-year high above the 24,000 level in 2018.

During his tenure of seven years and eight months as the country's longest-serving prime minister, the domestic economy expanded for 71 consecutive months through October 2018, two months short of a record for postwar growth.

But the world's third-largest economy shrank an annualized real 28.1 percent in the April-June period, a record contraction and the third consecutive quarter of negative growth. 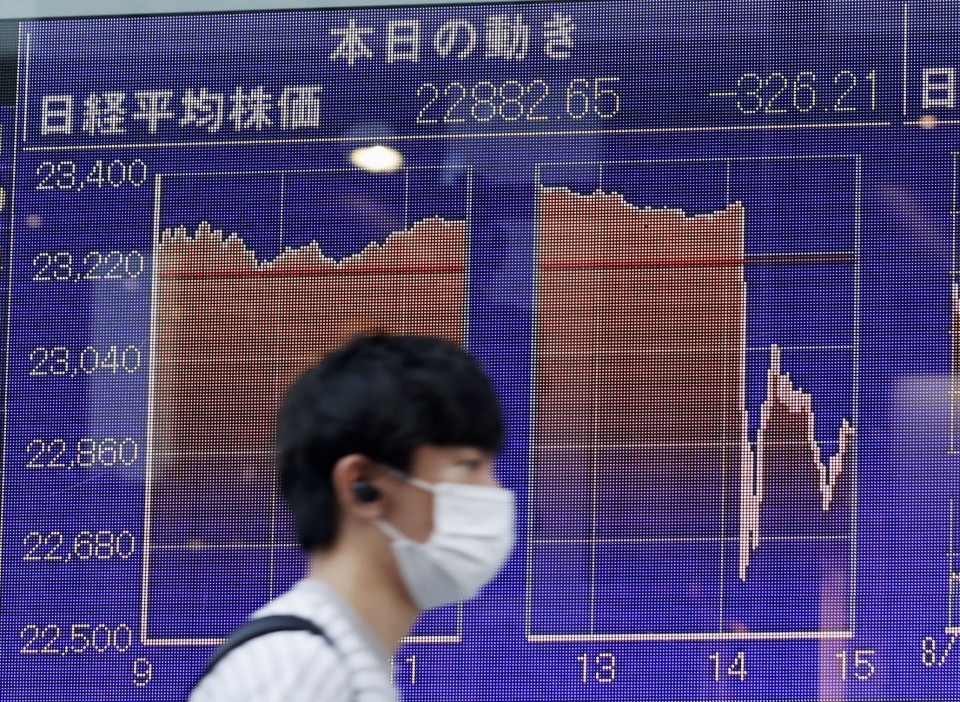 Rejuvenating the economy is "a top-priority issue" for the new government, Suga said Wednesday at his first press conference as prime minister.

He expressed confidence in the Abenomics policy mix, saying it had helped Japanese companies by causing the yen to depreciate sharply while creating millions of new jobs and bringing market stability.

In the foreign exchange market, the yen is likely to be sold if the Tokyo stock market gains ground as participants unload a currency that is seen as a safe asset, analysts said.

Even so, the dollar is expected to stay in the recent range of 103 yen to 110 yen for the next three months, Yuzo Sakai, chief manager of foreign exchange business promotion at Ueda Totan Forex Ltd., said.

The currency market is also closely monitoring negotiations between Britain and the European Union toward the end of December, when the Brexit transition period will be complete, and the outlook for the U.S. stock market following a recent correction in technology stocks, he said.

Speculation lingers that Suga may dissolve the House of Representatives for a snap election soon, as suggested by some senior lawmakers of the ruling Liberal Democratic Party, including Taro Aso, who was reappointed as finance and deputy prime minister. A general election must be held by late October next year, when the current four-year term for lower house lawmakers ends.

Suga did not completely rule out the possibility when asked about it at Wednesday's press conference, saying he will take the time limit into account.

With support for Suga seen relatively high in public opinion polls, a snap election could solidify his political grip and lift the Nikkei to around 24,500, Fujito said.

Suga's term as LDP president ends in September 2021 when the remainder of Abe's three-year term expires. Victory in a lower house election would likely pave the way for Suga to be re-elected as party president, thus enabling him to stay in the post of prime minister for three more years from September next year, analysts said.

But such share gains could be short-lived, as shares usually retreat after an election, Yutaka Miura, senior technical analyst at Mizuho Securities Co. said.

"The market will likely struggle to move clearly up from around 24,000 and turn top-heavy around that level on uncertainty over the U.S. presidential election and a possible third round of coronavirus infections" in Japan, Masahiro Ichikawa, senior strategist at Sumitomo Mitsui DS Asset Management Co., said.

FOCUS: Early election may be key to keeping Suga gov't afloat beyond 2021