It was the second victory for Utsunomiya, 68, who said he had grown the pumpkin with music of Mozart playing in the background. 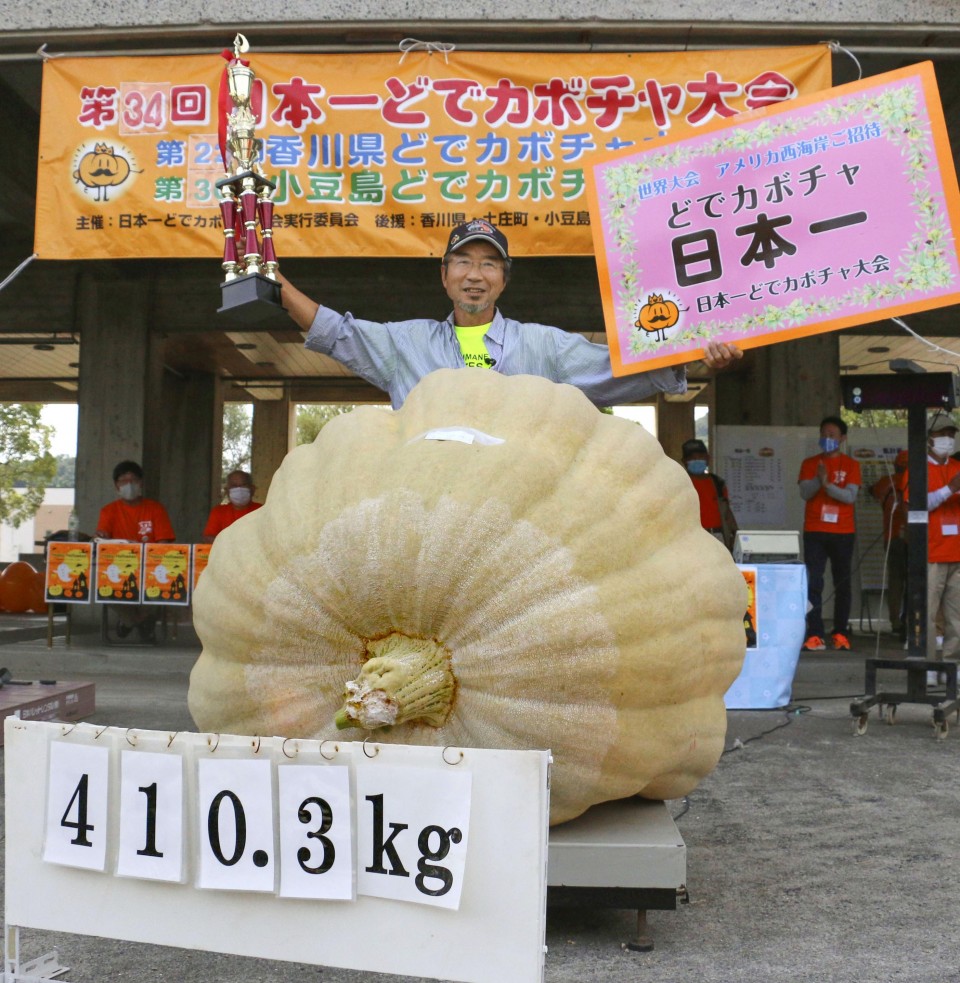 Hiroyoshi Utsunomiya from Ehime Prefecture, western Japan, celebrates as his 410.3 kilogram pumpkin was recognized as Japan's heaviest in a competition on the western Japan island of Shodoshima in Kagawa Prefecture on Sept. 20, 2020. (Kyodo)

Referring also to his first win in 2018 with a 412.6 kg pumpkin he said he had grown with traditional "enka" Japanese ballad titles, he said, "It shows that what I've been doing is not wrong."

The COVID-19 pandemic had forced the 34th event, held on Shodo Island in the Seto Inland Sea, to allow participants not to physically bring pumpkins but submit records, which Nishikawa and Shiraki did.