Japanese Foreign Minister Toshimitsu Motegi pledged Wednesday to disburse $1 million in a new fund aimed at assisting the Association of Southeast Asian Nations' response to the novel coronavirus pandemic through the procurement of medical supplies and the development of vaccines.

In a virtual meeting with counterparts from the 10-member ASEAN, China and South Korea, Motegi also said Japan will provide Southeast Asian countries with health care equipment and extend emergency yen loans to help their post-pandemic economic recovery, according to the Japanese Foreign Ministry. 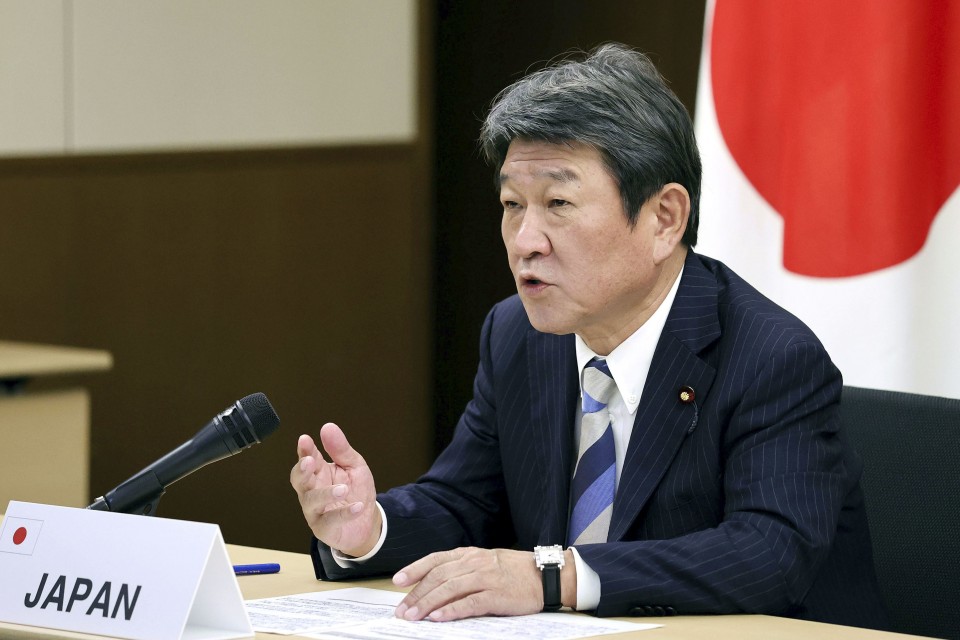 China and South Korea have also pledged to contribute to the fund, which currently totals $2.3 million, with the amount expected to increase, a ministry official said.

Motegi vowed to work toward establishment of an ASEAN center for emerging diseases and public health emergencies, aimed to help protect people from the threat of a pandemic in the long-term, the ministry said.

The entity, to be funded by Tokyo, was first proposed by Prime Minister Shinzo Abe at a virtual summit of ASEAN plus China, South Korea and Japan in April.

Speaking in Wednesday's talks, Vietnamese Deputy Prime Minister and Foreign Minister Pham Binh Minh, who chaired the talks, said he looks forward to stepping up ASEAN-plus-three cooperation so as to "effectively sustain the COVID-19 pandemic and mitigate immediate effects and promote sustainable development."

Chinese State Councilor and Foreign Minister Wang Yi called for "sound momentum in the East Asian cooperation (to) turn the COVID-19 crisis into a development of opportunities." 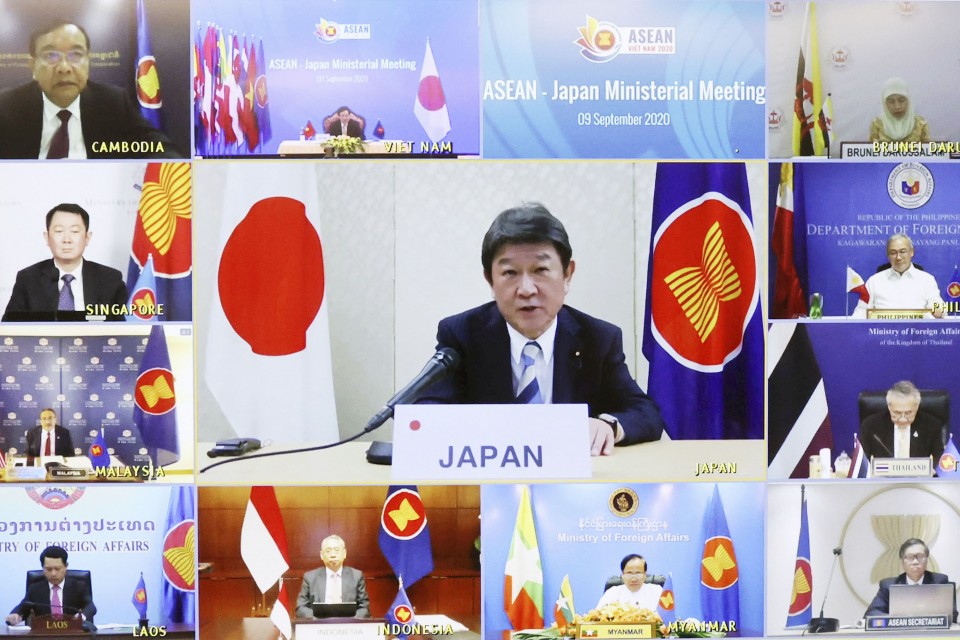 In separate talks with ASEAN foreign ministers, Motegi said he shared Tokyo's "concerns" with the regional bloc about China's assertive territorial claims in the East and South China seas.

"I would like to promote cooperation with ASEAN countries, who share many points of (our) vision of a free and open Indo-Pacific," Motegi told reporters in Tokyo after the meetings.

The concept promoting the rule of law and freedom of navigation in the Indo-Pacific area has been coined by Abe in a veiled counter to China's rising clout in the region.