Japan is bracing for the arrival of an extremely powerful typhoon in southwestern prefectures, with the weather agency urging maximum caution and planning under way Saturday for the suspension of public transportation as well as business and factory shutdowns.

The Japan Meteorological Agency warned against strong gusts, wild waves and high tides as Typhoon Haishen is expected to approach the Okinawa region in southern Japan on Sunday and come near Kagoshima Prefecture later that day.

As of 10 p.m. Saturday, the typhoon was moving north-northwest at a speed of about 15 kilometers per hour some 40 km off Minamidaito Island of Okinawa. It had an atmospheric pressure of 920 hectopascals at its center, packing winds of up to 252 kilometers per hour. 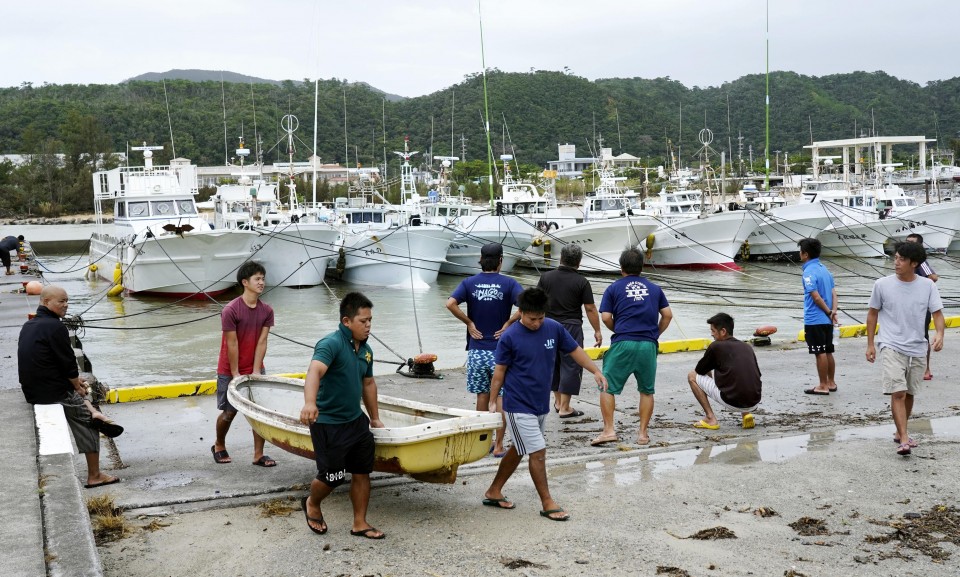 Fishermen bring a boat ashore in the Okinawa Prefecture city of Nago, southern Japan, on Sept. 5, 2020, in preparation for the arrival of an extremely powerful typhoon. (Kyodo)

The lower the atmospheric pressure at the center, the greater a typhoon's strength as it causes high tides when approaching coastal areas.

Southern areas on the southwestern main island of Kyushu could see rainfall of up to 800 millimeters in the 24 hours to 6 p.m. Monday and northern Kyushu up to 500 mm, the agency said.

With the agency calling for maximum caution, many residents gathered at evacuation centers in Okinawa and Amami-Oshima Island in Kagoshima, while some hotels in Kyushu reached full occupancy with people shunning public shelters for fear of contracting the coronavirus.

Operators of public transportation services also stepped up precautions ahead of the super typhoon.

Central Japan Railway Co. said it was considering suspending or changing destinations for some Tokaido Shinkansen services on Monday. 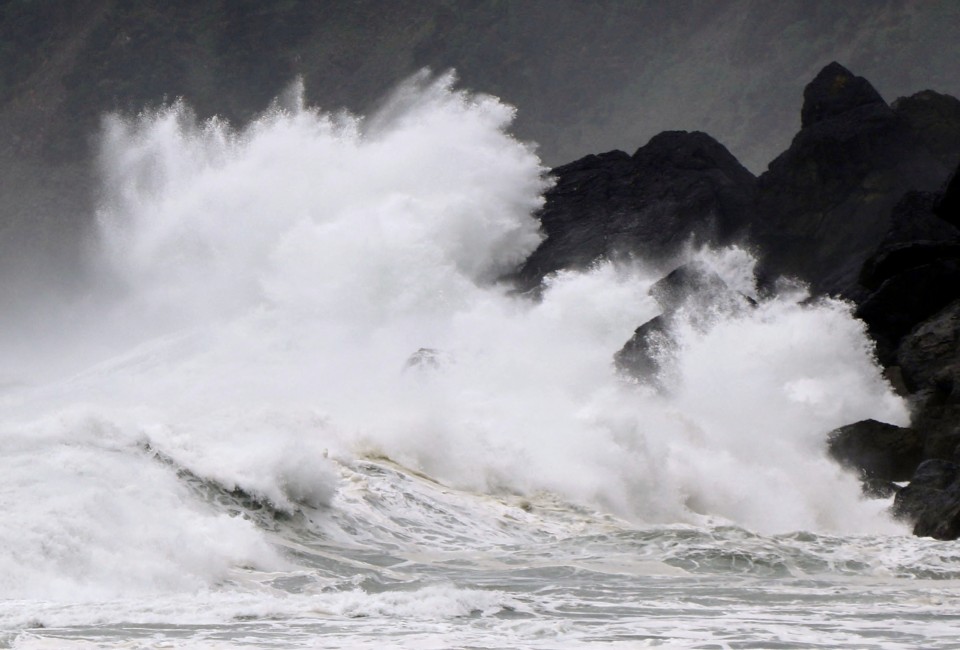 Airlines were also affected, with a number of flights to and from Okinawa and nearby airports canceled.

Major manufacturers including Toyota Motor Corp., Honda Motor Co. and Mitsubishi Heavy Industries Ltd. said they plan to halt operations of their factories in areas expected to be affected by the typhoon.

Many schools in the Kyushu region are expected to be closed Monday. As the typhoon raised flooding risk at six rivers in Kyushu and a wide area of western Japan braced for severe weather, eight prefectures had released water at 40 dams to prevent disaster, the Ministry of Land, Infrastructure, Transport and Tourism said. 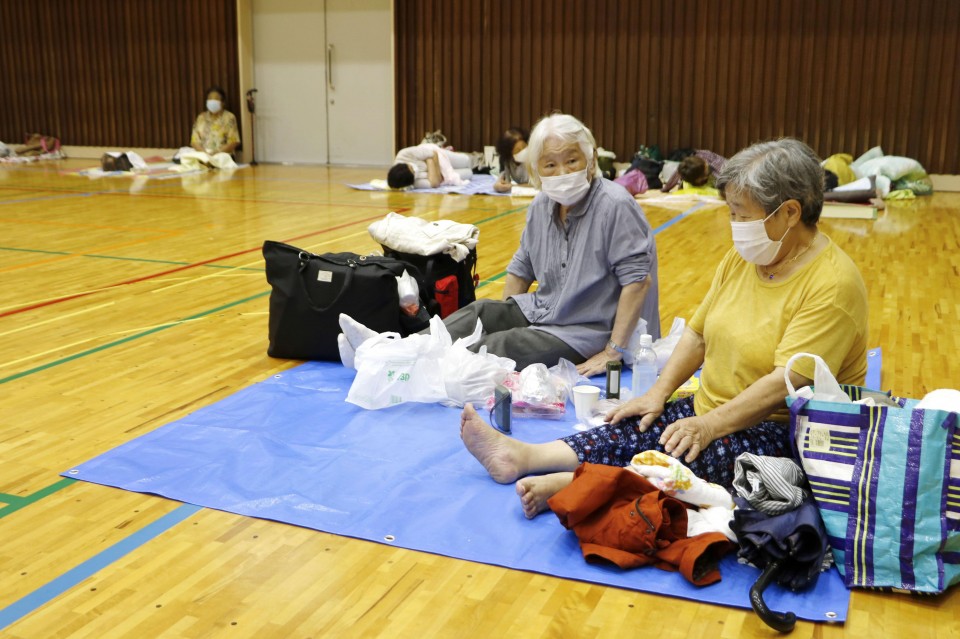 People wearing masks amid the spread of the novel coronavirus gather at a makeshift shelter on Kagoshima Prefecture's Amami-Oshima Island on Sept. 5, 2020, as an extremely powerful typhoon is expected to arrive in southern and southwestern Japan prefectures. (Kyodo)