Yoshihide Suga began work as Japan's new prime minister on Thursday, a day after assuming the top post and launching his Cabinet.

"I want to meet people's expectations by creating a Cabinet that works for people and achieves results," Suga told reporters at the prime minister's office. 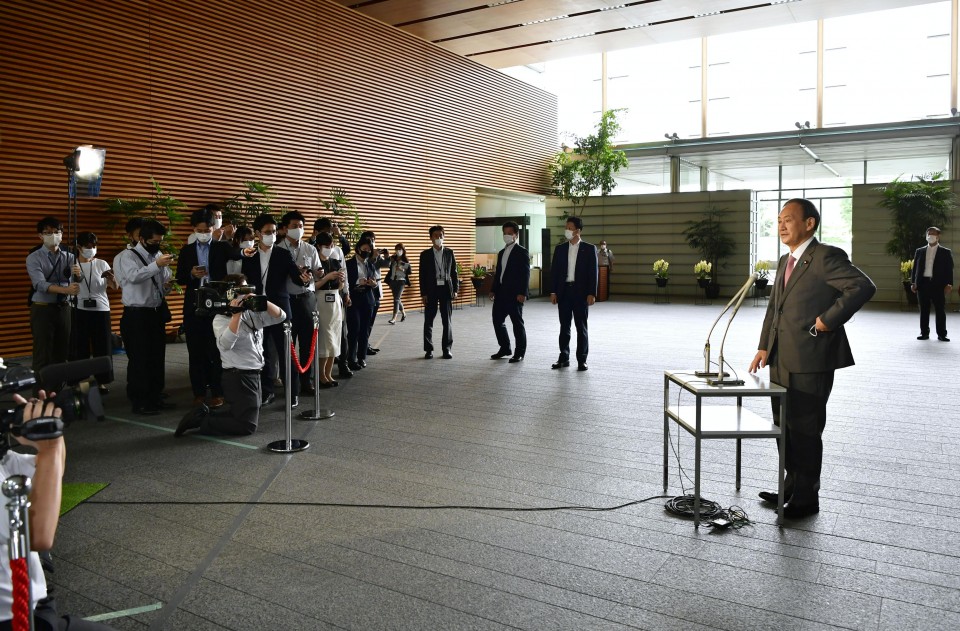 During his first press conference as premier on Wednesday, Suga pledged to revive the economy and bring the coronavirus under control. He said he would further push forward policies laid out by his predecessor, Shinzo Abe, who stepped down due to ill health.

Chief Cabinet Secretary Katsunobu Kato, who served as health minister under Abe, said the government will thoroughly execute the coronavirus response decided under the previous administration, which ranged from securing vaccines for all people to expanding tests.

"The important thing is to prevent infections and bring economic and social activities back to normal and revive them," the new top government spokesman said.

In the longer term, Kato said the Suga government will tackle issues such as the low birthrate and the aging of the population as well as promoting decentralization, by eliminating sectionalism and checking vested interests.

On the diplomatic front, Kato reiterated Suga's pledge to establish close ties with Japan's neighbors including Russia and resolve the issue of North Korea's abduction of Japanese nationals in the 1970s and 1980s and bring the abductees home through international cooperation.

Among the five new faces joining the Cabinet was Defense Minister Nobuo Kishi, Abe's younger brother. The remaining seven members were either shifted from other posts or returned to positions they had held in the past.

The appointments were spread across the ruling Liberal Democratic Party's seven major factions, including the five that carried Suga to an overwhelming victory over two rivals in the party's presidential election on Monday.