The job availability ratio dropped to 1.08 from 1.11 in June, falling for the seventh straight month to the lowest level since April 2014, according to the Ministry of Health, Labor and Welfare. The ratio means there were 108 openings for every 100 job seekers. 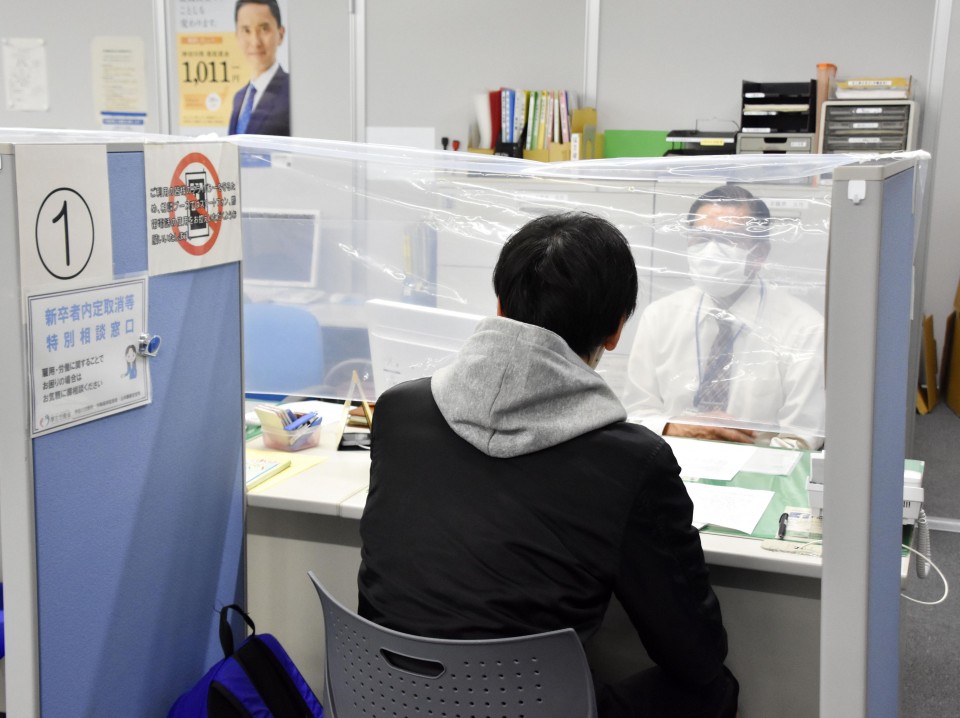 A "Hello Work" job placement consultation counter set up by the Kanagawa Prefecture in Yokohama to support new graduates is pictured in April 2020. (Kyodo)

The unemployment rate rose to 2.9 percent from 2.8 percent in June, according to the Ministry of Internal Affairs and Communications.

The jobs data painted a bleak picture of an economy that is struggling to emerge from recession after the coronavirus outbreak led to a slowdown of activity and a record economic contraction in the April-June quarter.

Despite the lifting of a state of emergency in May, economic activity has yet to return to pre-pandemic levels, making the outlook uncertain.

The services sector continues to struggle, with the latest data showing new job offers by hotels and restaurants plunging 44.0 percent from a year ago before seasonal adjustment. The number of offers in the manufacturing sector saw a 40.9 percent decline. 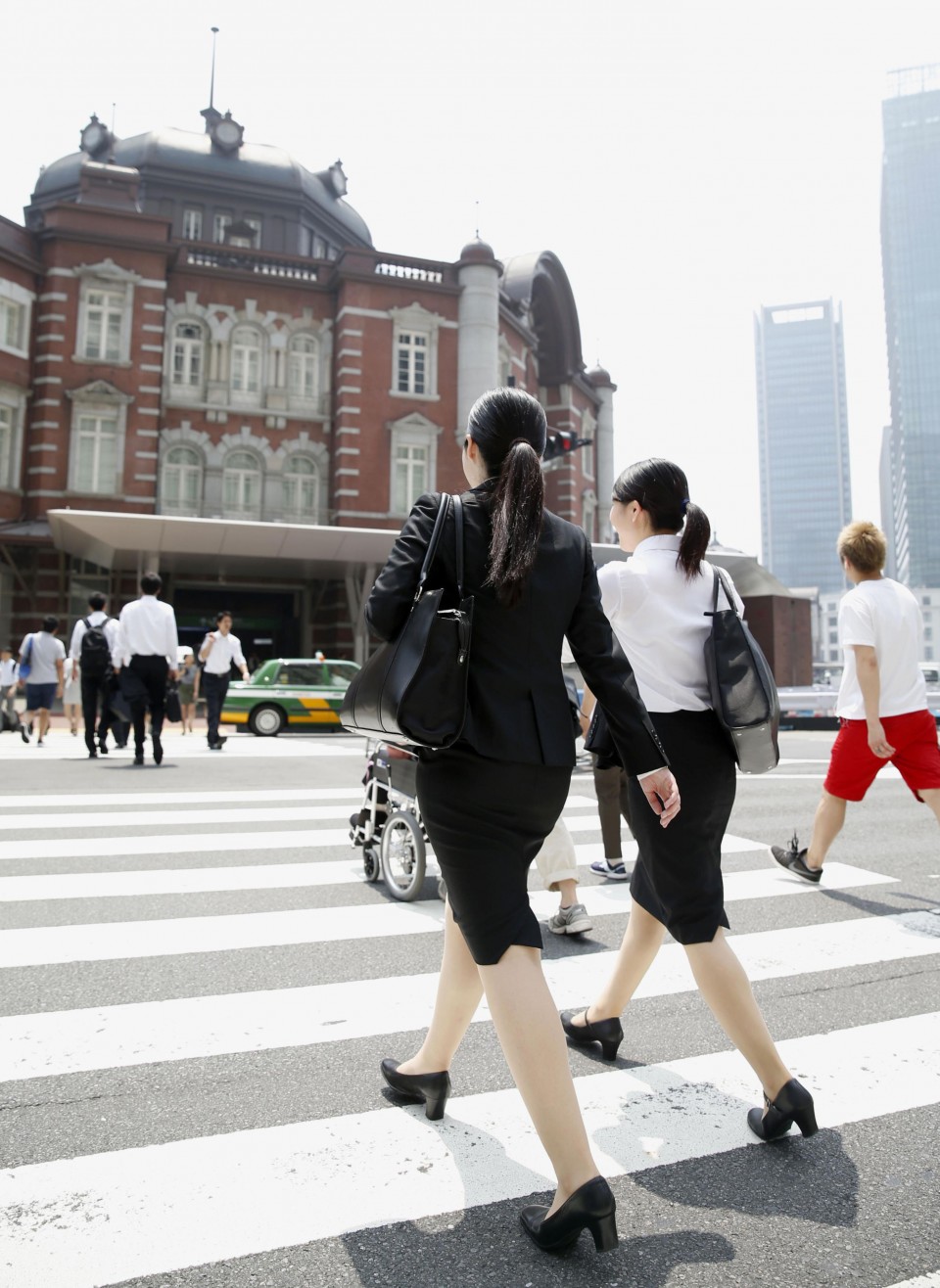 The reports demonstrate the challenge facing the successor to outgoing Prime Minister Shinzo Abe as jobs data are a lagging indicator of economic health. The government has been providing subsidies to companies to keep people employed amid the virus' spread.

"Japan's economy is expected to rebound in the July-September period, but there is a possibility that companies will still be reluctant to hire," he said, adding that the jobless rate will likely rise above 3 percent in the coming months.

The jobless rate has remained below 3 percent in recent years as the country has faced severe labor shortages amid the rapid aging of the population.

The labor ministry said in a separate report that the cumulative number of people who were fired or whose employment contracts were not expected to be renewed climbed to 50,326 at the end of August, up around 9,000 from a month earlier.

The increase likely reflected many temporary workers whose quarterly contracts would not be renewed after the current July-September quarter and received one month's notice.

The ministry has been collecting data on people who lost their jobs due to the pandemic since February and the pace of increase slowed from June, around the time when the Japanese economy gradually reopened.

Around 70,000 coronavirus cases have been confirmed in Japan, including about 700 from the Diamond Princess cruise ship that was quarantined near Tokyo in February.

In July alone, the number of jobless people increased 20,000 from the previous month to 1.96 million on a seasonally adjusted basis.

The jobless rate for men fell 0.1 percentage point to 3.0 percent, while that for women rose 0.2 point to 2.7 percent.