Yukio Edano, who was selected as leader of the new main opposition party, is known for his hard work in responding to the massive 2011 earthquake and tsunami disaster that triggered the Fukushima nuclear crisis as the top government spokesman.

The 56-year-old lawyer-turned-politician is widely viewed as a liberal as he formed the Constitutional Democratic Party of Japan in 2017 with liberal forces in the now-defunct opposition Democratic Party. But he recognizes himself as a conservative politician.

The Tochigi Prefecture native was first elected to the House of Representatives in 1993 at age 29 and joined the opposition Democratic Party of Japan when it was inaugurated in 1996. He is currently serving his ninth term as a lower house member, representing a Saitama Prefecture constituency.

A graduate of Tohoku University, Edano is an avid karaoke singer and a fan of various pop idols, including all-girl band Keyakizaka46. 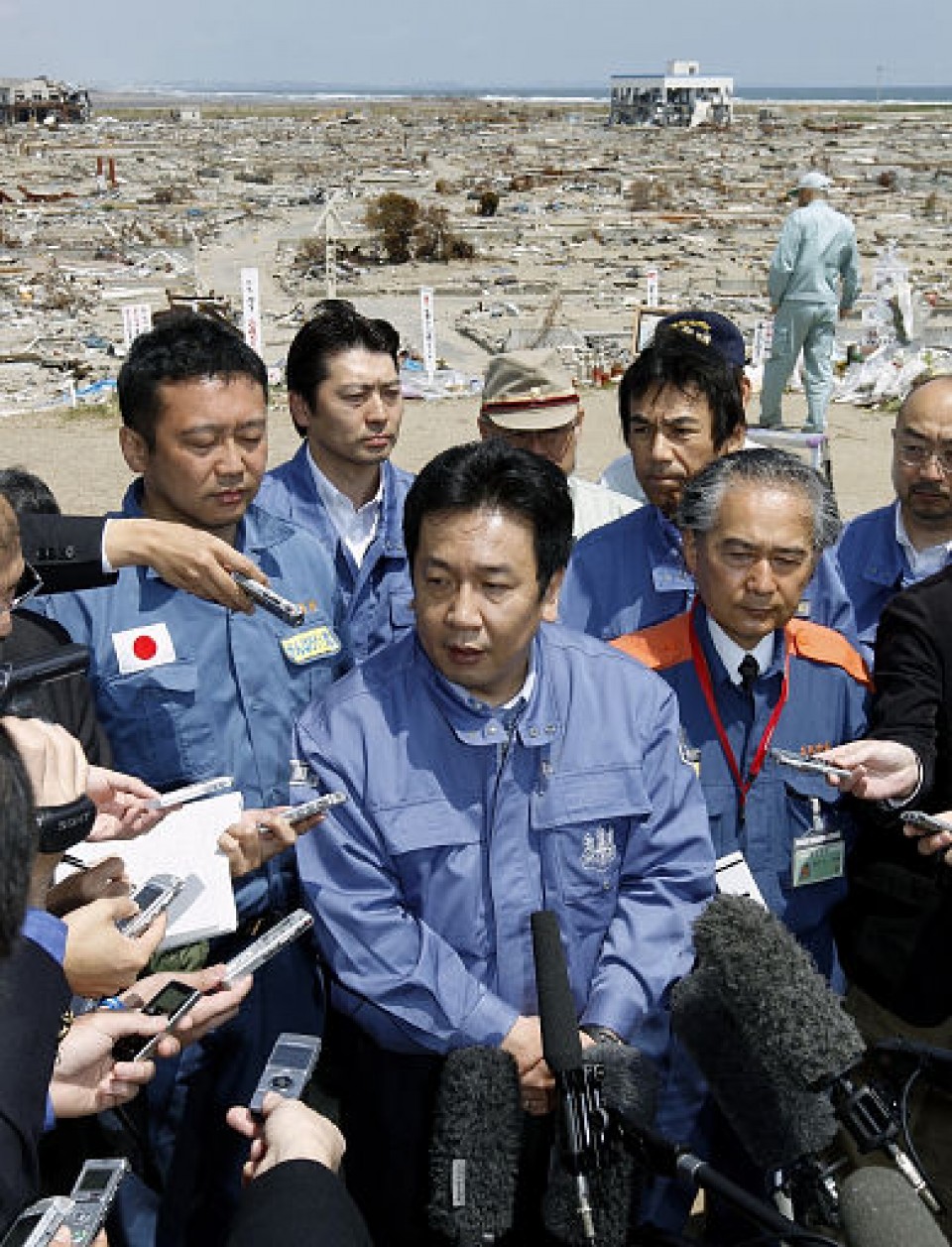 Photo taken May 5, 2011 shows then Chief Cabinet Secretary Yukio Edano speaking to reporters as he visits the areas devastated by the March 11 earthquake and tsunami in Natori, Miyagi Prefecture. (Kyodo)