The Tokyo Game Show, one of the world's largest gaming industry conventions, opened Wednesday entirely online for the first time since it started in 1996.

The annual event usually attracts hundreds of thousands of enthusiasts, including many cosplayers dressed up as game characters, but this year, as a result of the coronavirus epidemic, they will have to tune in online. 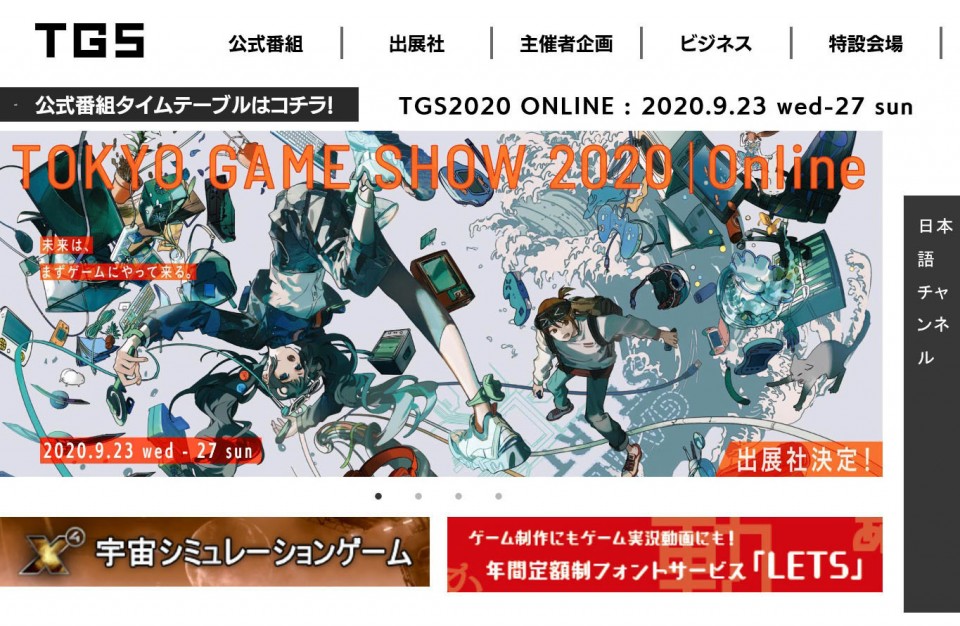 The virtual event is limited to businesses involved in the gaming industry on the first day but is open to the public from Thursday evening through Sunday.

Around 400 exhibitors from home and abroad will take part in this year's event, including the gaming unit of Sony Corp. and Japan unit of Microsoft Corp. Both Sony and Microsoft will launch new game consoles in November.

Exhibitors will be able to sell official goods through a special site operated by Amazon Japan G.K., as organizers hope to draw visitors to the online shopping site's visitors to the gaming event's official site.

The gaming show is usually held at the Makuhari Messe convention center in Chiba Prefecture, east of Tokyo, and last year attracted around 262,000 visitors and 655 exhibitors. It is one of the world's three biggest gaming events, along with E3 in the United States and Gamescom in Germany.