North Korea said Wednesday that the issue of its abduction of Japanese nationals in the 1970s and 1980s has been "completely resolved," while making the first reference to Japan's government led by Prime Minister Yoshihide Suga.

Suga, who became Japan's prime minster on Sept. 16, has "clung to" the abduction issue, like his predecessor Shinzo Abe, a researcher at the North Korean Foreign Ministry said on its website. 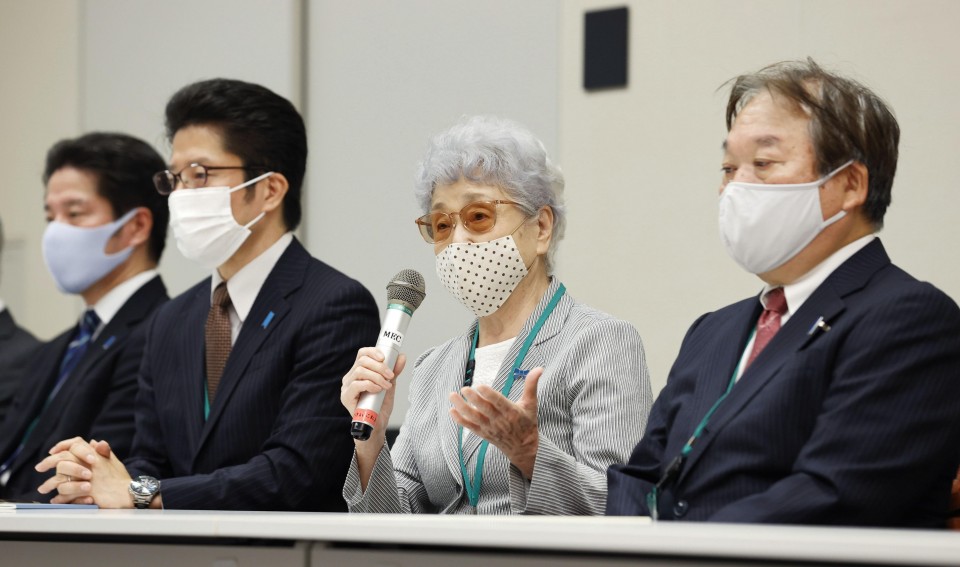 Sakie Yokota (2nd from R), whose daughter Megumi was abducted by North Korea in 1977 at age 13, speaks at a press conference in Tokyo on Sept. 29, 2020, after meeting with Yoshihide Suga for the first time since he became Japan's new prime minister earlier in the month. (Kyodo)

"The abduction issue has been completely resolved by our sincerity and efforts," the researcher said. It was the first time for North Korea to use the word "completely" about the matter.

In Tokyo, the top government spokesman said Japan could not accept the claim.

"The abduction issue is a top priority for the Suga Cabinet," Chief Cabinet Secretary Katsunobu Kato told a press conference, adding that Japan will keep seeking to normalize relations with North Korea by resolving the abduction and other issues of concern.

Suga met with the families of abduction victims on Tuesday and assured them that the government will do all it can to resolve the issue.

Suga also said last week in his video statement to the U.N. General Assembly that he is ready to meet with North Korean leader Kim Jong Un without any preconditions, a position inherited from Abe.

Japan officially lists 17 people as abductees, five of whom were repatriated in 2002, and suspects North Korea's involvement in many more disappearances.

In May 2014, Japan and North Korea reached an accord in Stockholm on principles for negotiations toward the settlement of the abduction issue. Tokyo relaxed its sanctions on Pyongyang, which in turn promised a full-scale investigation into the matter.

But North Korea repeatedly postponed reporting any findings. The country then disbanded its investigation team and suspended the probe after Japan imposed further sanctions in February 2016 in reaction to nuclear and missile tests by Pyongyang.