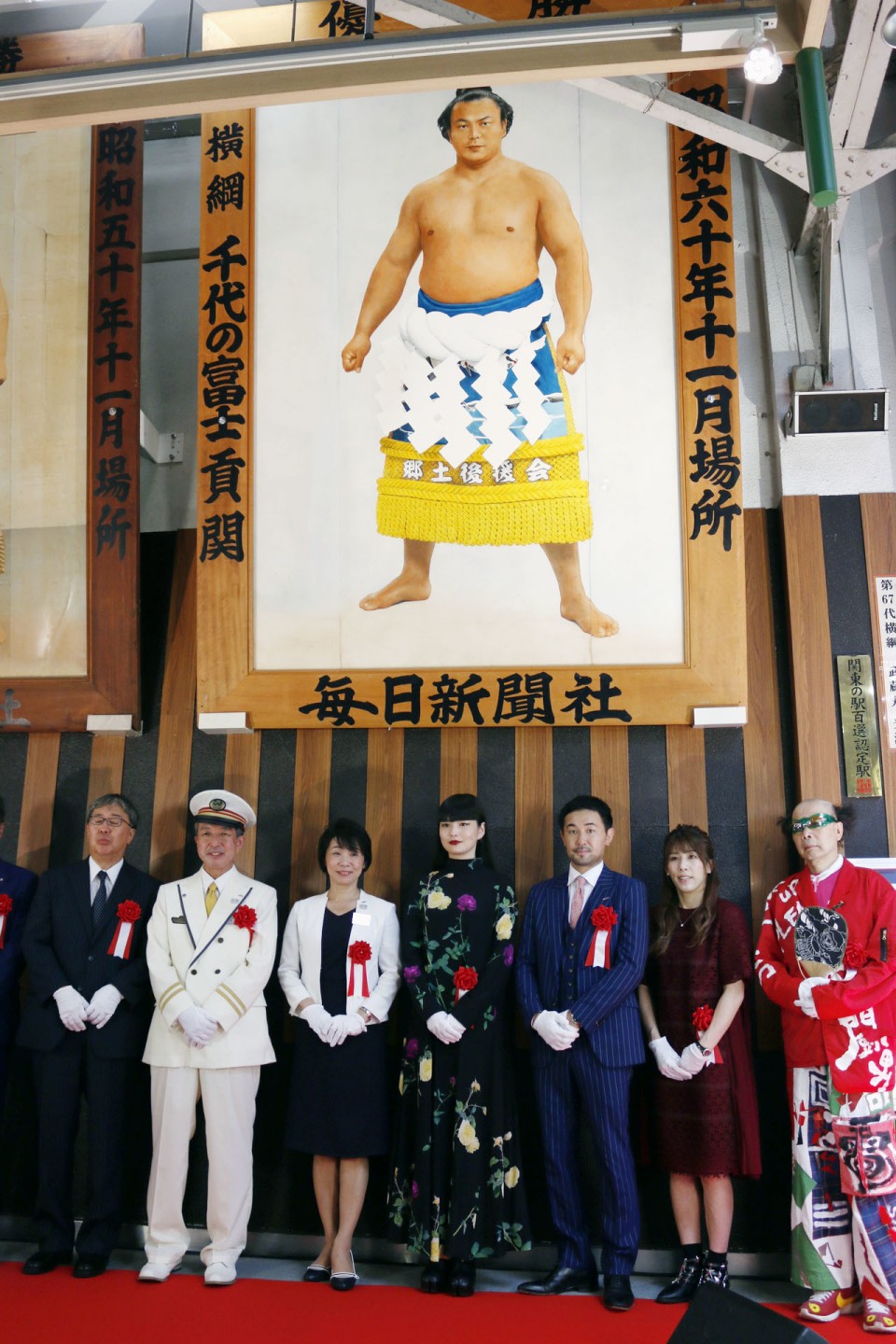 Chiyonofuji, who died in 2016 aged 61, captured 31 elite-level titles, the third most in the history of the sport.

With his ferocity in the ring earning him the nickname "The Wolf," he recorded 1,045 career victories, a mark surpassed only by former ozeki Kaio and all-time championship record-holder Hakuho.

Three-time Olympic women's wrestling champion Saori Yoshida was among those who attended the unveiling ceremony for the portrait, which commemorated Chiyonofuji's victory at the 1985 Kyushu Grand Tournament, where he claimed his 14th Emperor's Cup.

Other items related to Chiyonofuji, including one of his ceremonial "kesho mawashi" loincloths, will go on display at the station from Sept. 19-22 during the 15-day grand tournament, which opens Sunday at the adjacent Ryogoku Kokugikan sumo arena.

Former ozeki Chiyotaikai, who succeeded Chiyonofuji as Kokonoe stablemaster, said the yokozuna would watch over the station, where a victory portrait of Hakuho is also displayed.

"In sumo, yokozuna are said to be gods. They will act like guardian deities for everyone using Ryogoku Station," Chiyotaikai said in a message.

The district of Ryogoku in Tokyo is considered the center of sumo culture, where many sumo stables and sumo-related attractions can be found.