Tokyo Olympic organizers want to cut the number of officials at next year's postponed games by 10 to 15 percent as a part of a package of cost-reduction proposals, an organizing committee official confirmed Thursday.

Since the games were postponed in March due to the novel coronavirus pandemic, one of the goals of both organizers and the International Olympic Committee has been to streamline the event due to the added costs involved in the unprecedented one-year delay. 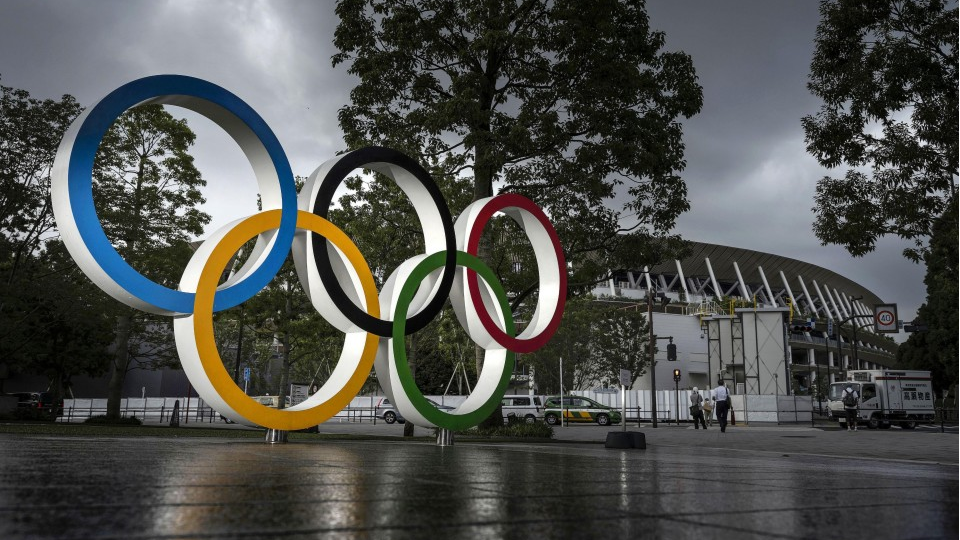 Photo shows a monument depicting the Olympic rings in front of the National Stadium in Tokyo, the main venue for the Tokyo Olympics and Paralympics, on July 22, 2020. The 2020 Tokyo Games have been postponed for a year due to the coronavirus pandemic. (Kyodo) ==Kyodo

Fewer officials attending from the IOC and each country's national Olympic committee will mean less spent on food, beverages and transportation.

The organizing committee is also proposing infrastructure reforms that will reduce the amount of lighting and additional temporary power supplies for venues. A total of 52 items are expected to be proposed in the games-simplification measures.

If the measures are approved Friday, the second day of meetings between organizers and the IOC Coordination Commission, their effectiveness toward the goal of reducing costs will be evaluated immediately.

The revision plan will reduce invitations for the opening and closing ceremonies by 20 percent, and review the food and drink menus for related parties. Fewer officials and related groups will have access to official bus services and will have to rely on public transportation instead.

Although the length of the 121-day torch relay will not be shortened, staffing and use of official vehicles will be subject to reductions.

The plan eliminates the customary athletes' village entry ceremonies to mark the arrival of each NOC team and the large ceremony to welcome IOC members prior to the opening ceremony. Decoration of venues will be reduced by about 30 to 40 percent, while flashy displays such as use of smoke at events will be cut.

Practice venues' opening dates will be pushed back, leading to a reduction in operating costs, and the cleaning service for the athletes' village will also be reduced.