Japan to weigh allowing up to 20,000 spectators at events amid virus

Japan will consider raising the upper limit for the number of spectators at sports, concerts and other events to up to 20,000 from the current 5,000, as coronavirus cases have been moderating recently, a senior government official said Wednesday.

The government will weigh raising the ceiling following a request from the country's pro baseball and soccer leagues to raise the maximum attendance to 20,000 spectators or 50 percent of a venue's capacity, whichever is less.

"We will take into account their request and consider it," Yasutoshi Nishimura, economic revitalization minister in charge of coronavirus response, said at a press conference, adding the new rule may be imposed in time for a four-day weekend in Japan starting Sept. 19. 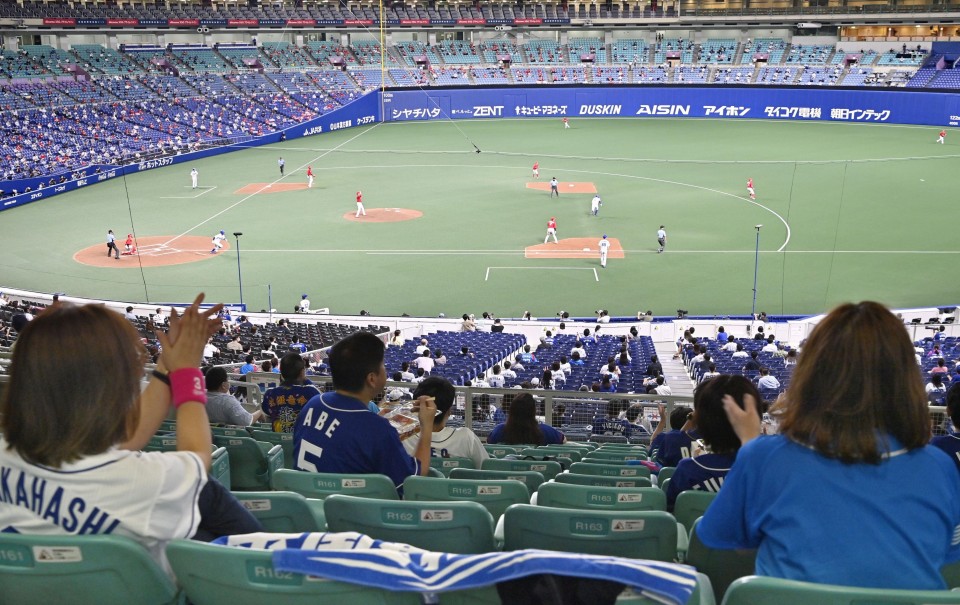 Fans are in the stands at Nagoya Dome in central Japan on July 10, 2020. Japan's professional baseball started admitting up to 5,000 spectators per game the same day, three weeks after the coronavirus-delayed start of the season. (Kyodo)

Under the current rule, venues for events are allowed to hold up to 50 percent of their capacity or up to a total of 5,000 people as part of measures to prevent the virus spread. The government will discuss easing the limit during a meeting with a panel of medical experts on Friday.

Japan logged over 500 new virus infections on Wednesday, with Tokyo reporting 149 cases, the most among the country's 47 prefectures. The nationwide figure has dropped to about one-third of the number confirmed in the beginning of last month.

The government initially planned to ease the limit on Aug. 1, but it was later extended to the end of August and then to the end of this month as the country struggled to contain the virus.

While the government will likely maintain its rule of restricting spectators to 50 percent of a venue's capacity, it may further relax the restrictions for classical music concerts or kabuki performances that do not allow people to raise their voices.