Rank-and-filer Tobizaru captured his 10th win at the Autumn Grand Sumo Tournament on Thursday to remain in reach of winning the Emperor's Cup in his top-division debut.

The makuuchi newcomer defeated Wakatakakage on Day 12 at Tokyo's Ryogoku Kokugikan and ended the No. 8 maegashira's eight-bout winning streak. Ozeki Takakeisho and sekiwake Shodai also improved to 10-2 and retained their share of the overnight lead. 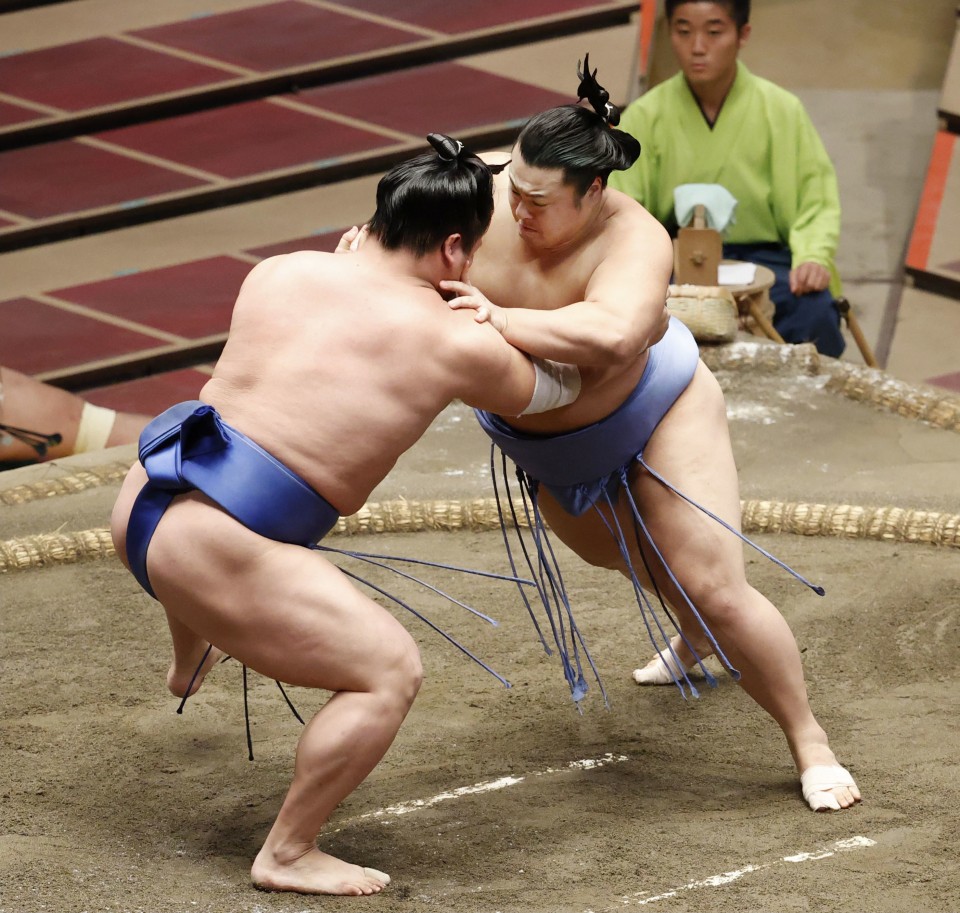 Wakatakakage (9-3) sidestepped Tobizaru's initial blast and went for a push-out, but Tobizaru bounced back and slapped Wakatakakage down while shoving him over the straw bales.

Shodai wasted little time dispatching No. 5 Takarafuji (6-6), raising the maegashira's center of gravity and plowing him out of the ring.

Takakeisho earned his 10th win by forfeit after his scheduled opponent, Endo, withdrew from the tournament with a knee injury. The struggling komusubi fell to his sixth straight loss on Day 11 against No. 4 Tochinoshin.

According to his Oitekaze stablemaster, fluid had been building up in Endo's right knee, the site of a lingering injury, since Day 4 of the 15-day meet.

"He can't bend his knee. He's powerless," said Oitekaze, who assured his grappler would not return to competition.

Endo (3-9) joined 11 other wrestlers in the top two divisions who have pulled out of the tournament, including grand champions Hakuho and Kakuryu.

In other bouts on Day 12, Asanoyama (9-3) survived a fight with sekiwake Daieisho (4-8) to keep his title hopes alive. The ozeki held his ground while Daieisho tried to rally, and drove his challenger out as he attempted to circle away.

July meet champion Terunofuji (8-4) fell further down the leaderboard after getting tossed out by No. 9 Onosho (9-3). The No. 1 maegashira blocked Onosho's initial charge but was stood upright and driven to the edge before crashing out. 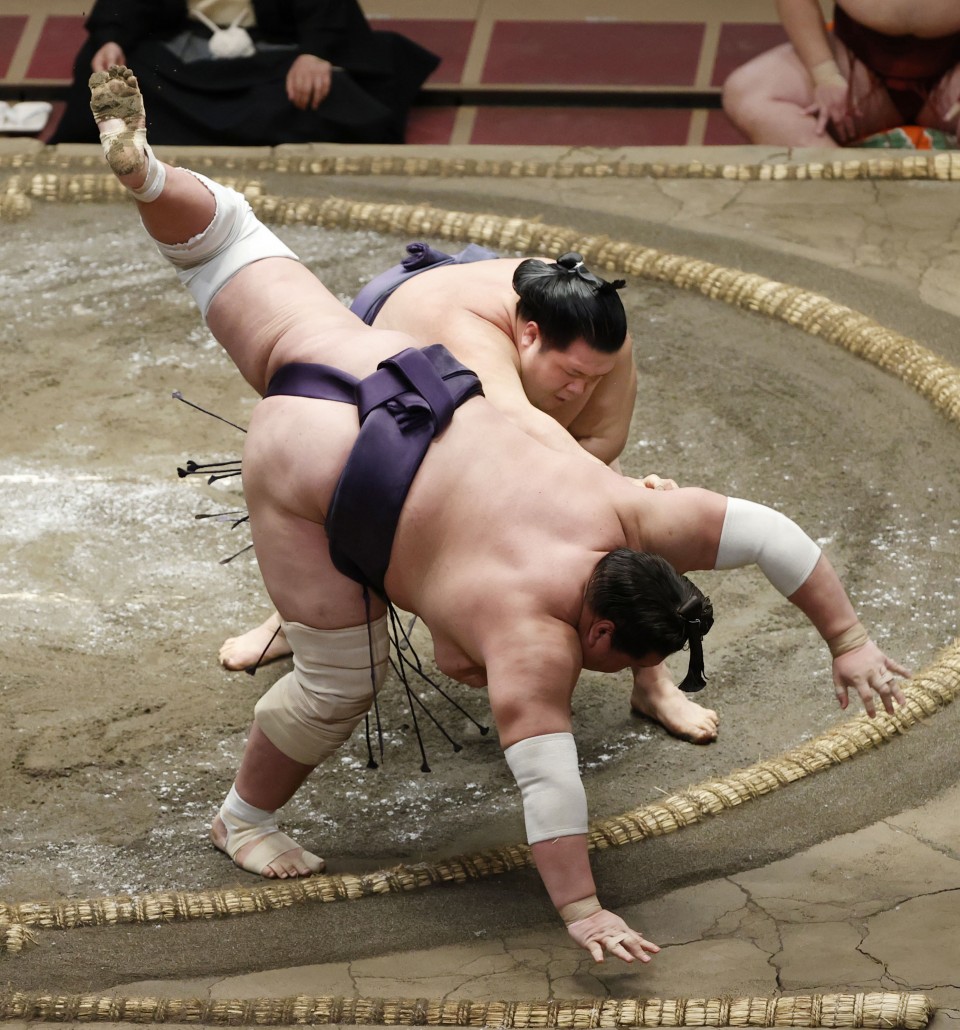 Mitakeumi (7-5) was handed his fifth loss by No. 6 Takayasu (7-5). The former ozeki wrapped both arms around Mitakeumi at the edge and dropped the sekiwake to the clay.

Komusubi Okinoumi (4-8) resisted a pull-down attempt from Tochinoshin (5-7) and muscled the Georgian out of the ring.

The 21-year-old Kotoshoho went 8-7 in his makuuchi debut in July after claiming the juryo division title in March. Takanosho will face Tobizaru on Day 13.