The talks, currently being arranged for Friday, are a bid to further expand ties between Japan and China, the sources said, adding the two are expected to discuss Xi's postponed state visit to Japan. 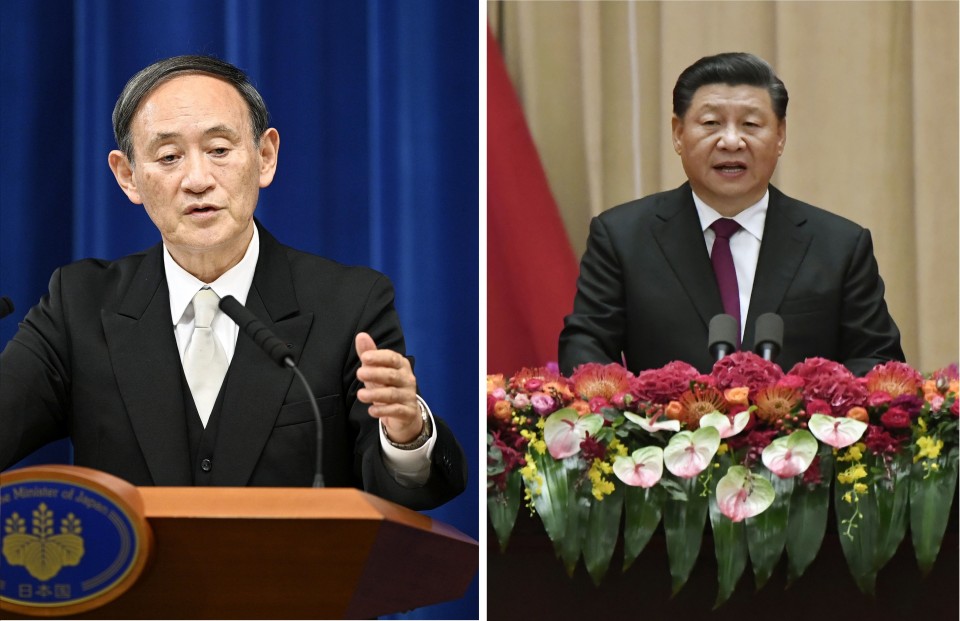 It will be the first phone talks between the country's leaders since May 2018 when Suga's predecessor Shinzo Abe and Xi held a conversation.

A state visit by the Chinese leader, which would include a summit as well as a meeting with Emperor Naruhito and a banquet at the Imperial Palace, had been slated to take place this spring but was postponed due to the global coronavirus pandemic.

The planned talks will come on the heels of heightened tensions between China and the United States -- Japan's key ally.

While the two leaders are expected to continue their countries' cooperation in the fight against the coronavirus, it is not known whether they plan to touch on long-standing issues between them, including a territorial dispute over islands in the East China Sea, the sources said.

On Tuesday, Suga spoke with German Chancellor Angela Merkel by phone, Japanese officials said. They agreed to closely cooperate in tackling the coronavirus pandemic and toward a free and open Indo-Pacific, the officials said, referring to a region where China has been increasing its clout.