North Korea on Wednesday marked the 72nd anniversary of its founding, at a time when the nation's economy has been apparently languishing against a backdrop of the aftermath of the new coronavirus pandemic and natural disasters. 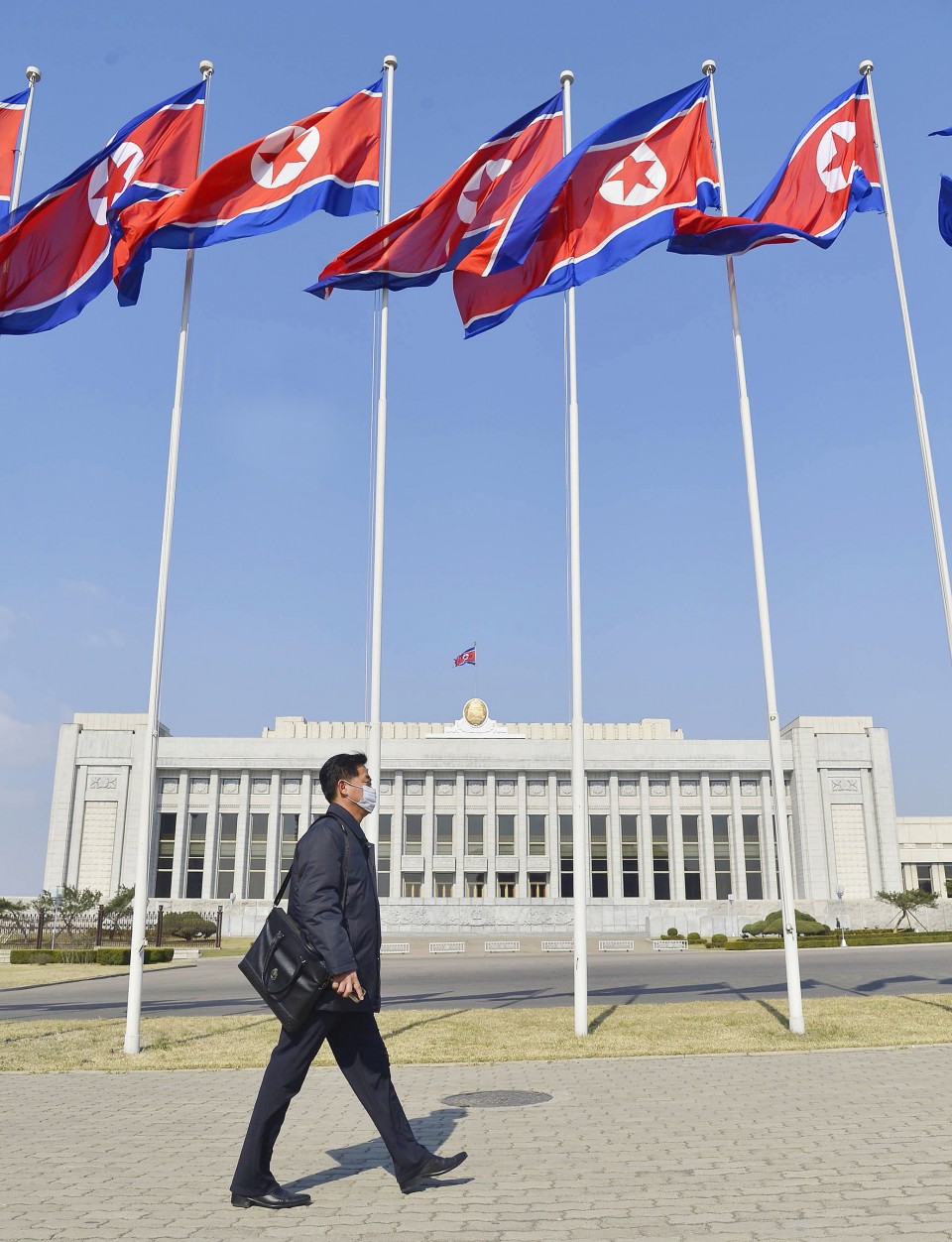 North Korea's national flags flap in front of the Mansudae Assembly Hall in Pyongyang on April 9, 2020, a day before the opening of the Supreme People's Assembly. (Kyodo)

Leader Kim Jong Un has acknowledged that he cannot achieve his year-end goal of rebuilding the economy following "unexpected" damage by typhoons, while vowing to take measures to rehabilitate areas affected by them, state-run media reported.

As its negotiations with the United States on denuclearization and economic sanctions relief have also remained at a standstill, North Korea may be facing difficulties in providing adequate necessities for its citizens, foreign affairs experts say.

Since earlier this year, North Korea has cut off traffic to and from China and Russia amid fears that the virus, first detected in the central Chinese city of Wuhan, could intrude into the country, stifling its trade with the two neighbors.

On July 26, the official Korean Central News Agency said a person who defected to South Korea three years ago is "suspected to have been infected with the vicious virus" after "illegally" returning to Kaesong, which is on the border with the South.

North Korea is believed to be vulnerable to infectious diseases due largely to chronic shortages of food and medical supplies triggered by international economic sanctions aimed at thwarting Pyongyang's nuclear and ballistic missile ambitions. 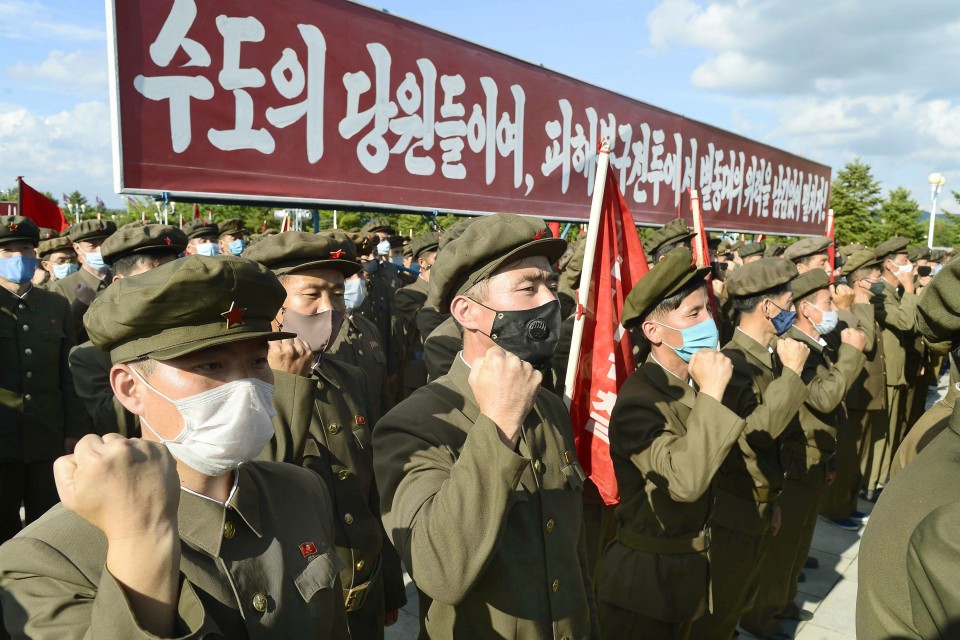 Political party members rally in Pyongyang on Sept. 8, 2020, in support of the recovery efforts from typhoon damage in North Korea. (Kyodo)

In recent months, meanwhile, North Korea has been struck by powerful typhoons and massive flooding, sparking concern that the country's economy would become more sluggish as the agricultural sector has been devastated.

At an enlarged military meeting of the Workers' Party of Korea held Tuesday, Kim, who has visited disaster-hit areas to inspect the damage since August, stressed how serious the situation in North Korea is, according to KCNA.

Kim was quoted by the news agency as saying at the gathering, "Due to the unexpected damage by typhoon we are faced with the situation in which we cannot help but change the direction of our struggle after comprehensively considering the year-end tasks that were under way with the nationwide efforts."

On Oct. 10, North Korea will mark the 75th anniversary of the founding of the Workers' Party of Korea. Speculation is rife that Pyongyang may stage a military parade on the occasion to display its cutting-edge weapons.

North Korea has not carried out ballistic missile tests for more than five months, but Kim pledged at a key ruling party meeting in late December last year to unveil a "new strategic weapon" to be possessed by the nation "in the near future."

Some diplomatic sources in Beijing said economic stagnation has deprived North Korea of an opportunity to show off such a weapon.