Naomi Osaka credited a tougher, more mature mindset with helping her battle through adversity in the U.S. Open final on Saturday.

The No. 4 seed from Japan was down a set and a break against Belarus' Victoria Azarenka before clawing her way to a 1-6, 6-3, 6-3 victory in 1 hour, 53 minutes at Arthur Ashe Stadium. 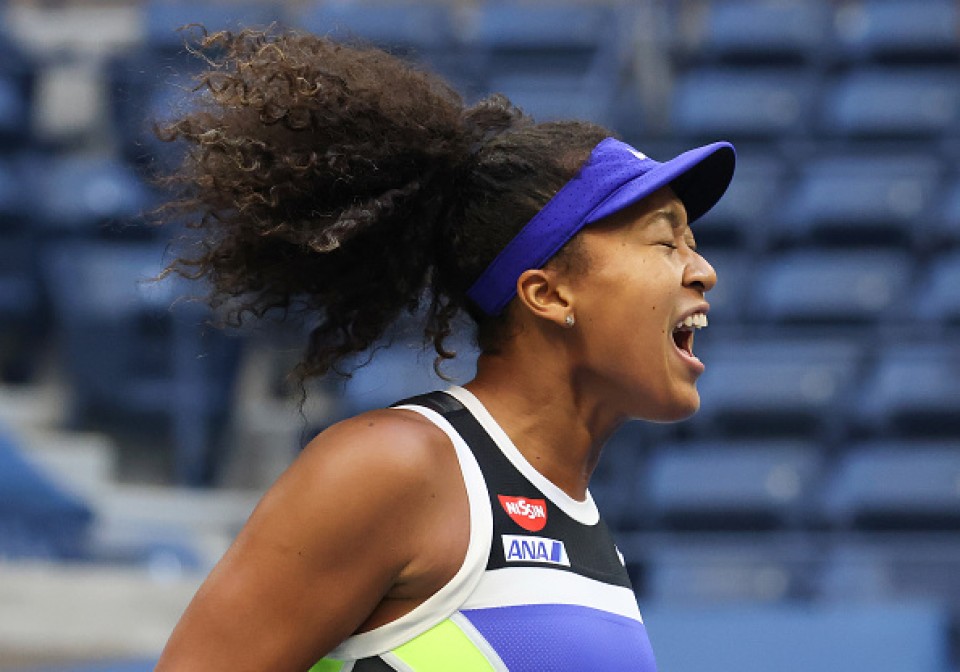 Naomi Osaka of Japan reacts in the third set during her Women's Singles final match against Victoria Azarenka of Belarus on Day Thirteen of the 2020 US Open at the USTA Billie Jean King National Tennis Center on September 12, 2020 in the Queens borough of New York City. (Getty/Kyodo)

With the win, the former world No. 1 claimed her third Grand Slam title, following the 2018 U.S. Open and the 2019 Australian Open.

"I feel like two years ago I maybe would have folded, being down a set and a break. (But) all the matches I played in between that time shaped me, or forced me to mature," Osaka said in her post-match press conference.

"I'm more of a complete player now, I feel like I'm more aware of what I'm doing."

The 22-year-old Osaka said the enforced layoff from competitive tennis brought about by the coronavirus pandemic had given her time to take stock of her life and mentally recuperate. 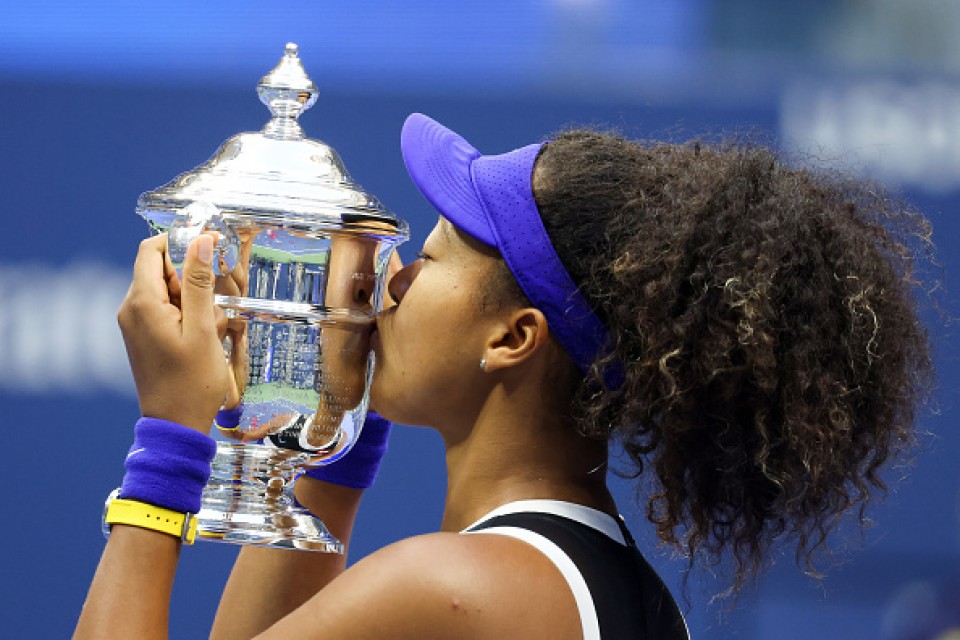 Naomi Osaka of Japan kisses the trophy in celebration after winning her Women's Singles final match against Victoria Azarenka of Belarus on Day Thirteen of the 2020 US Open at the USTA Billie Jean King National Tennis Center on September 12, 2020 in the Queens borough of New York City.(Getty/Kyodo)

"After the previous U.S. Open that I won, it definitely accelerated things and I've never had a chance to slow down," said the U.S.-based Osaka, who was born in Japan to a Japanese mother and Haitian father.

"So the quarantine definitely gave me a chance to think a lot about things -- what I want to accomplish, what I want people to remember me by."

Wearing Kobe Bryant's Los Angeles Lakers jersey, Osaka spoke about the influence of the former NBA superstar, who had become a friend and mentor before his death in January in a helicopter crash along with eight other people, including his 13-year-old daughter Gianna.

"I feel like at this point, there are certain things I do that I hope can make him proud. It's like keeping his legacy alive for me," she said.