The government has decided to allow foreign athletes' entrance to Japan during the coronavirus pandemic provided they contribute to Japan's success at next year's Tokyo Olympics and Paralympics, Japan Sports Agency and other sources said Friday.

The overseas athletes will be admitted, ostensibly to raise the level of domestic competition for Japan's top athletes in Olympic sports. 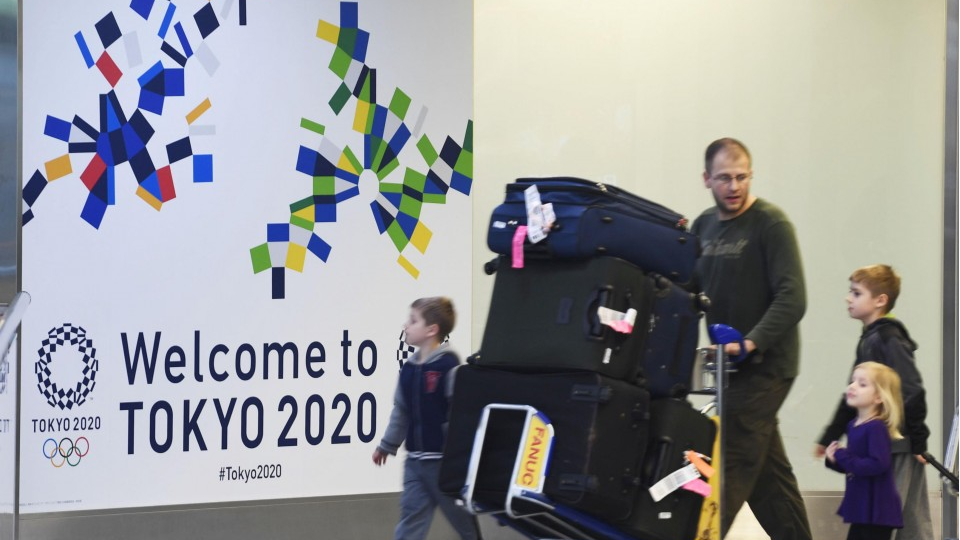 A huge poster promoting the 2020 Tokyo Olympic and Paralympic Games welcomes visitors at the arrivals hall at Narita airport, near Tokyo, as seen in this photo taken on Dec. 6, 2017. (Kyodo)

Players for basketball's B-League and volleyball's V-League -- whose seasons start in October -- as well as those in table tennis' T-League, rugby's Top League and professional golf are among those who will be allowed into Japan, they said.

Operating bodies and sports associations will be asked to be responsible for their respective infection prevention measures and to make use of their experience during the games next summer.

The athletes will be required to hand in the results of polymerase chain reaction tests before leaving their countries and upon arrival in Japan. They will also need to abide by the 14-day self-quarantine rule and submit their movement plans within Japan.

The government hopes this move helps with immigration control procedures ahead of the games.

The B-League and V-League made their requests to allow foreign athletes' entries in July. Nippon Professional Baseball and pro soccer's J-League have been using imported players who were in Japan before the government banned entry of foreign nationals.

Despite the ban, a number of exceptions have been made across different sports allowing coaches and players working in Japan earlier in the year to return.