The coronavirus pandemic has encouraged major economies to reassess and revisit their conventional trading patterns, regionally and globally.

Their over-reliance on China for supply of critical products, including essential food and medical items, has exposed the weakness of the trading economy. Australia, India and Japan's national planning are a clear reference to this effect. 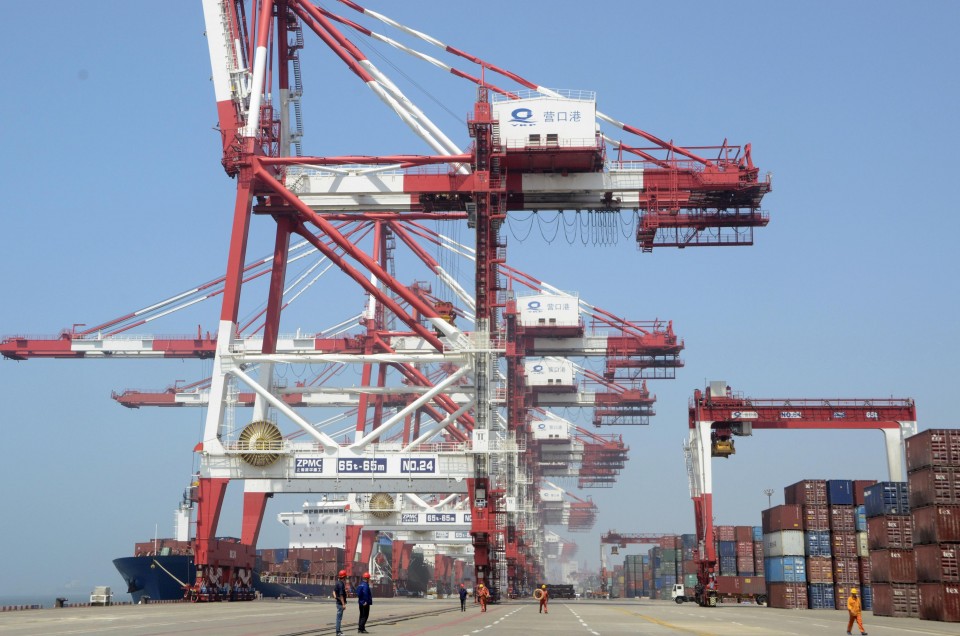 China's aggression, even amid a pandemic, has paradoxically aligned the three countries in their shared goal: to stand up to Beijing and significantly reduce Chinese economic influence so as to limit its interference and coercive diplomacy tactics.

The SCRI is primarily an idea that surfaced on the contours of bilateral contacts. The India-Japan "special strategic and global partnership" is developing into a promising alternative to materialize new technologies and solutions.

Notably, India and Japan are jointly undertaking major connectivity infrastructure projects in India and subregional pockets of the Indian Ocean. Further, both countries are enhancing their economic relations through initiatives like the "Platform for Japan-India Business Cooperation in the Asia-Africa Region" and the "Industrial Competitiveness Partnership."

If anything, India and Japan's bilateral collaborations have served as a model for sectoral cooperation in the Indo-Pacific region, with scope for expansion to include other like-minded partners like Australia.

Similarly, in their virtual summit in June, India and Australia recommitted to enhance their "comprehensive strategic partnership" post-pandemic by boosting collaboration in science, technology and research, and importantly, strengthening and diversifying supply chain networks.

Moreover, they pledged to foster collaboration in the field of innovation and entrepreneurship through the Australia-India Business Exchange Program. On a related note, Japan and Australia, which share a "special strategic partnership" underpinned by a natural economic partnership, have been deliberating on "ways to work together" -- not only bilaterally but also in concert with regional partners to ensure an open, inclusive and prosperous Indo-Pacific. 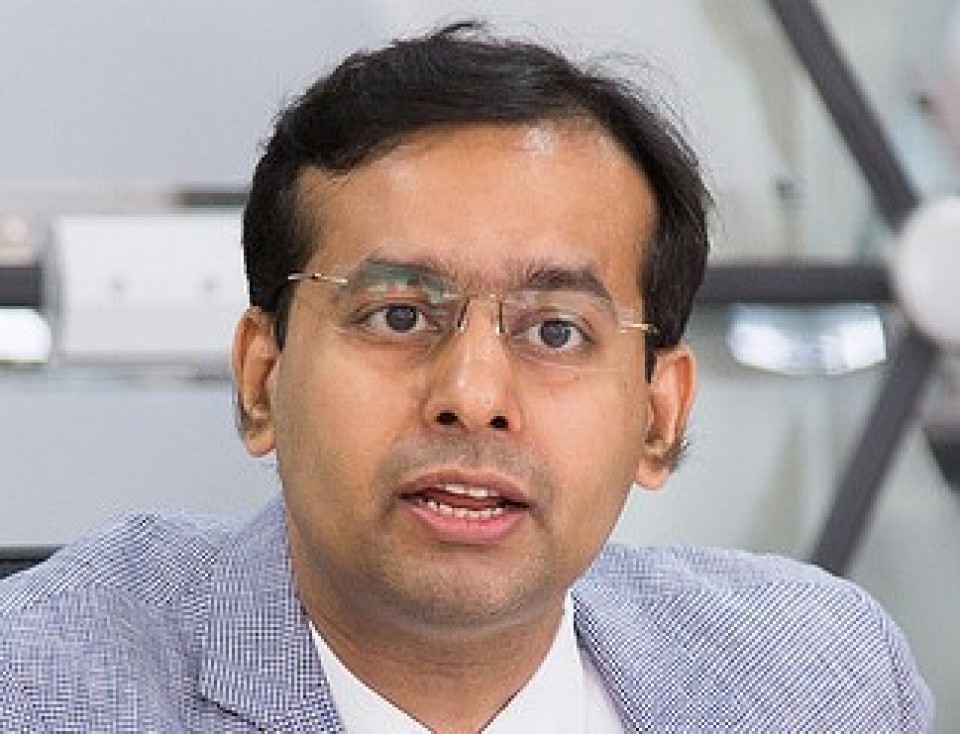 Based on the trajectory of budding ties between three countries and their fast-emerging priorities, the SCRI is undoubtedly aimed at providing new momentum to the Australia-India-Japan trilateral relationship by furnishing a new foundation for collaboration within their existing framework.

Its economic focus is such that it will likely attract other states in the region, thus nurturing Australia, India and Japan's ties with the Indo-Pacific region at large. While the focus is to create a "free, fair, inclusive, nondiscriminatory, transparent, predictable and stable trade and investment environment," the underlying intent is to question the unilateral practice that the Chinese trade and investment patterns pose to the region and world.

The idea of SCRI is, in itself, a testament to the strategic resilience of trilateral ties. First proposed by Tokyo, the recent meeting held on Sept. 1 among the three countries' trade/commerce ministers explains their resoluteness to take the idea forward.

Reportedly, Japan is pressing ahead to make the SCRI functional as early as possible. India's interest has also likely peaked with China's continuous aggression and unilateralism along the Galwan border.

Therefore the time is certainly right for a synergy to emerge between the trilateral members. Under the AIJ trilateral framework of cooperation, the SCRI has the potential to boost economic recovery in the region and redistribute China's economic power.

The initiative promises to emerge as an alternative global supply chain network with countries across the world already looking at the region as they shift away from China.

If successful, the SCRI could expand to the member states of the Association of Southeast Asian Nations -- thereby achieving a dual objective of fostering closer ties with the Indo-Pacific region and simultaneously tempering Chinese influence amongst these nations.

The ASEAN states have, until now, been restrained in their choices, with China being the only viable partner in many cases. An alternative offers them agency over their decisions, thereby allowing better supply risk management.

For India particularly, an expanded platform offers a chance to initiate better economic and diplomatic ties with ASEAN, which have suffered amid New Delhi's decision to withdraw from the Regional Comprehensive Economic Partnership.

Moreover, though it looks impossible at this moment for a return, COVID-19 could still be an opportunity for India to reconsider its decision to opt out of the RCEP negotiations. India's large domestic market remains an attractive destination for regional and global manufacturers, and this could augment India's bargaining power to negotiate policies to address the skewed trade relations it shares with RCEP members, particularly China.

In fact, with this consideration, ASEAN members reaffirmed their commitment to continue working with India to address outstanding issues at the third RCEP summit in November 2019.

The United States is conspicuously absent from discussions on the SCRI. Tensions between Beijing and Washington are such that inviting the United States into the fold could make the platform blatantly anti-China. 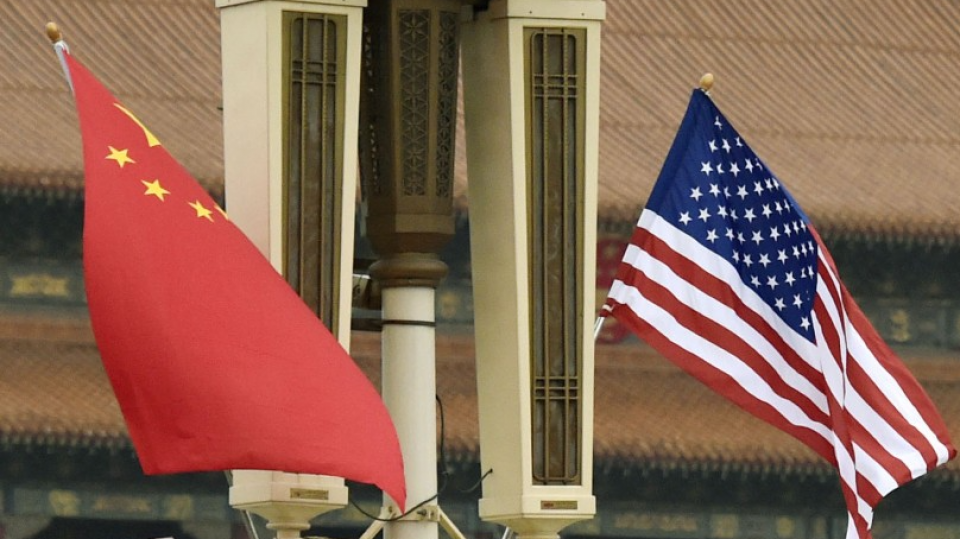 The Chinese and U.S. national flags are raised in Tiananmen Square in Beijing on Nov. 9, 2017. (Kyodo)

With all three states still sharing continuing economic ties with Beijing -- however strained they may be -- U.S. inclusion may not be on the cards yet. China has already decried the Quadrilateral Security Dialogue as Washington's attempt to form an "Asian NATO."

Consequently, China's response would be situated within the overarching Great Power competition and might have severe repercussions for smaller states -- such as ASEAN countries -- and hinder the initiative's takeoff.

To see it in more practical terms, the proposition of the SCRI has the potential to emerge as a pathway toward regional recovery and allow diversification of regional power.

Although Australia still appears cautious to say anything concrete on the SCRI, Canberra cannot deny that it is vital for the country to expand its supply chain nexus and establish new, robust trade ties to reduce its reliance on China.

The resilience of an alternative supply chain nexus will necessarily depend on the extent to which both member states can gradually "decouple" from China, as both Australian and Japanese economies continue to share close ties with Beijing.

In addition, the prospects for such a supply chain mechanism would depend upon India-Japan ties, and how the upcoming India-Japan (virtual) summit to be held in September can provide strategic guidance for this framework.

(Jagannath Panda is a Research Fellow and Center Coordinator for East Asia at the Manohar Parrikar Institute for Defence Studies and Analyses in New Delhi.)