Japan and Britain agreed in principle on a post-Brexit free trade deal Friday after only three months of talks, ensuring the continuity of close business relations following the end of London's transition period for exiting the European Union in December.

"This is a historical moment for both countries. This deal deepens the already strong partnership between our two democratic island nations," British International Trade Secretary Liz Truss said in a videoconference with Japanese Foreign Minister Toshimitsu Motegi.

Motegi told reporters following the talks, "The deal will allow for the continuation of advantages that Japan has gained from the Japan-EU free trade deal and will secure continuity for Japanese companies' businesses."

Truss said the deal, which will take effect in January, is also an "important step" as Britain seeks membership of a trans-Pacific free trade agreement covering 11 countries, including Japan, Australia and Mexico, accounting for about 13 percent of the global economy. 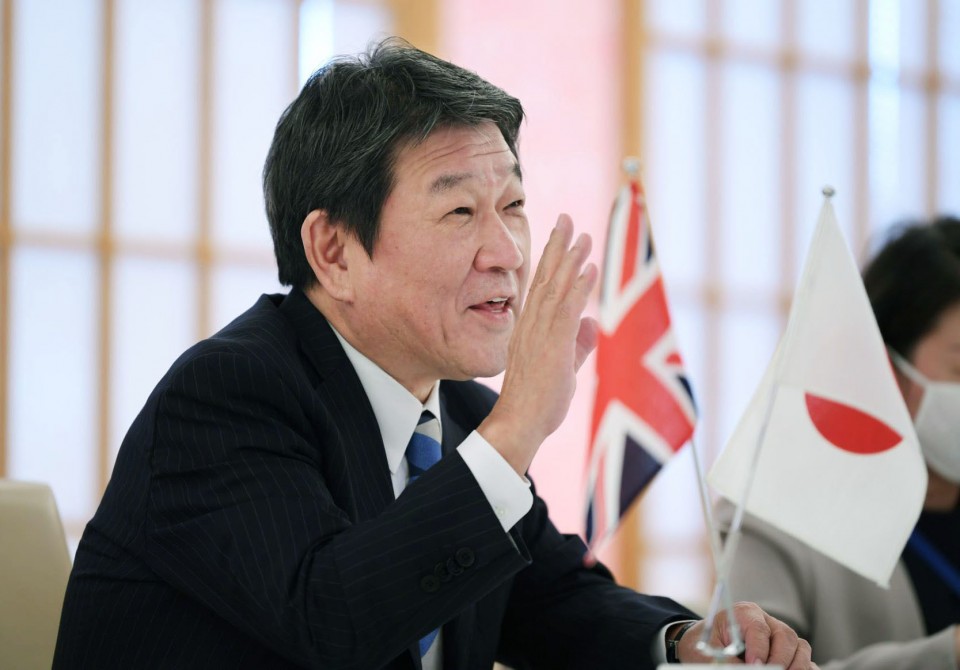 She said in a statement the TPP, officially called the Comprehensive and Progressive Agreement for Trans-Pacific Partnership, will "give United Kingdom businesses a gateway to the Asia-Pacific region and help to increase the resilience and diversity of our supply chains."

The deal with Japan is Britain's first major trade pact following its exit from the EU in January 2020, as it is yet to wrap up trade talks with the bloc, the United States, Australia and New Zealand.

"This agreement is a sign and a signal that we are back as an independent trading nation," Truss said as she began the videoconference with Motegi, which was open to the media.

About 1,000 Japanese companies operate in Britain, producing around 180,000 jobs, according to the Japanese Foreign Ministry.

The bilateral trade deal largely replicates the Japan-EU agreement, which came into force in February 2019, and Britain will also phase out tariffs on Japanese autos by 2026. 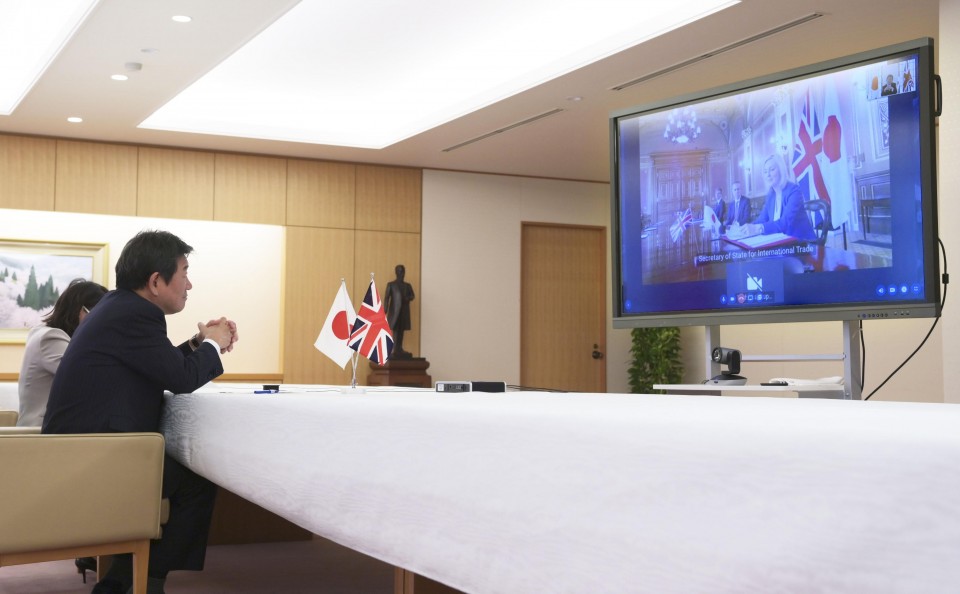 But rules on e-commerce and financial services have become more ambitious than the Japan-EU pact, including the prohibition of restrictions on cross-border transfers of data, or on the location of computing facilities, the ministry said.

Japan also won improved market access for railway cars and auto parts, securing immediate cuts in tariffs, which would be a boon to major Japanese investors in Britain such as Nissan Motor Co. and Hitachi Ltd.

Motegi and Truss reached a substantial agreement on most areas on Aug. 7 following talks in London.

They had missed the initial target of the end of August to clinch a deal due to differences over Japan's tariffs on British cheese and farm products, according to sources with knowledge of the negotiations.

Britain had demanded a low-tariff import quota for some of its agricultural exports, including blue cheese, to Japan, but Tokyo remained reluctant about introducing such a preferential quota for London.

On Friday, they agreed on trade arrangements for British cheese and some of its other agricultural exports under which they will have the same preferential treatment when the annual low-tariff import quotas for rival EU products are unfilled, according to the Foreign Ministry.