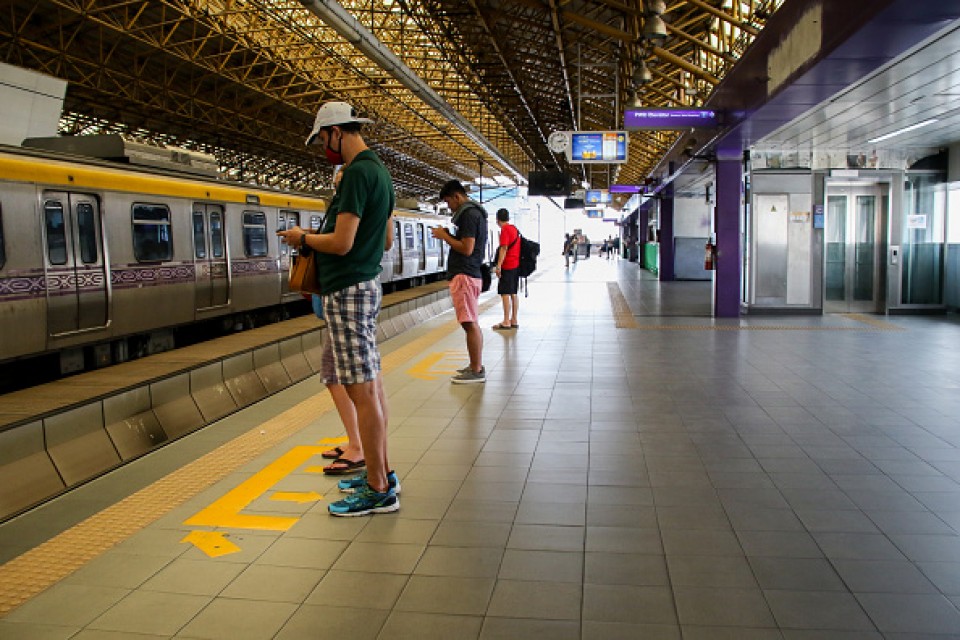 A view at Light Rail Transit-Line 2 on March 14, 2020, few hours before Manila will be put into quarantine. (Pacific Press/LightRocket/Getty/Kyodo)

"This is the fruit of good maintenance of the train and rail rehabilitation," Capati said during a press conference in Manila, citing that travel and passenger wait times have also been improved.

Japanese firms Sumitomo Corp. and Mitsubishi Heavy Industries Ltd. are doing rehabilitation work on the MRT-3 line, a popular choice for affordable and fast transportation among commuters in a country suffering from severe traffic congestion daily.

The 16.9-kilometer elevated rail system that runs along one of the busiest avenues in the country's urban metropolis can now serve up to 67,000 people daily, according to Capati.

Before its rehabilitation, the MRT-3 suffered from deteriorating tracks and trains, with frequent operational troubles, including train doors that do not close and busted air conditioning equipment resulting from poor maintenance.

The Philippines and Japan signed a 38 billion yen ($336 million) contract in November 2018 to rehabilitate the railway.

Maintenance work is expected to be completed by July 2021, according to Philippine Transportation Assistant Secretary Goddes Libiran.