More terminal cancer patients and others with serious illnesses in Japan are choosing home care rather than hospitalization amid the coronavirus pandemic.

This is mainly because hospitals and other facilities are restricting visitations to stem the spread of infection.

At the same time, under the current circumstances where anyone might run the risk of contracting the deadly virus, experts are urging people to have discussions early on with family members and those whom they trust to determine the best course of action for end-of-life care.

On July 2, Fumiko Torii passed away at the age of 71 with her daughter Takae Ishibashi, 42, son-in-law and three grandchildren at her side at her daughter's home. 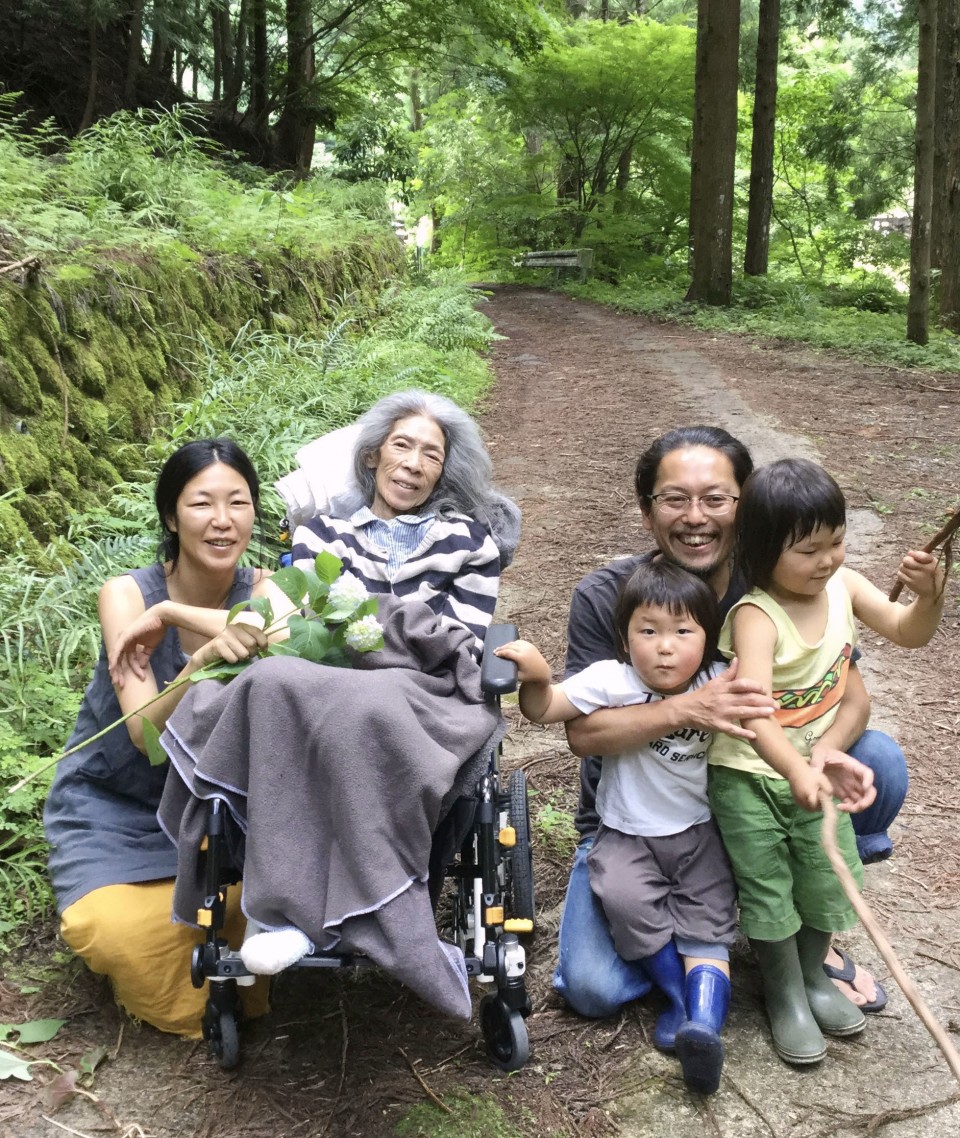 Torii fell ill at her home in Nagahama, Shiga Prefecture, western Japan, in mid-May and was rushed to a hospital. She was diagnosed with terminal pancreatic cancer and given three months to live.

Torii switched to a hospital near her daughter's home, but due to the coronavirus, visitations were all but prohibited -- with the exception of one family member permitted to visit once per week for five minutes. "That's when I said, 'Let's take care of you at home,'" said Ishibashi.

Torii received home nursing care and medical visits for a little over a week before she died. She was able to take strolls in her wheelchair among a profusion of early summer blossoms on a pathway near her daughter's home and toast her daughter and son-in-law, drinking the beer she enjoyed so much.

"In the end, my husband and I were able to hold my mother's hand and send her on her way," said Ishibashi. "The time I spent with my mother was filled with brilliance. It made me profoundly happy."

According to Jun Sasaki, director of a medical corporation that performs home treatments in Tokyo and four prefectures, including Saitama, north of Tokyo, there were 159 patients who died at home after being nursed or receiving medical treatment there from May through August -- double the number from the same period last year.

A major reason behind this is that there are fewer hospitals accepting patients with fever as a precaution against hospital-acquired infections. More importantly, he said, families detest not being able to meet with terminally ill loved ones due to the restrictions on hospital visits.

Not only were his family members prohibited from visiting him in the hospital, there were also restrictions made on the handling of his corpse because of fears of infection. Most of his relatives, in fact, were unable to see his face after he died and were only able to reunite with him after his body had been cremated.

"There had been an increasing trend toward home care in the past several years, but now it is very conspicuous," Sasaki said. "Death has become a familiar topic (because of the coronavirus), and many people are choosing to stay at home once they look seriously into the meaning of dying in the hospital."

In August, the Japan Geriatrics Society advised that people carry out Advance Care Planning from an early stage, a process being promoted by the health ministry that urges individuals to make plans about their future health care wishes, including end-of-life care.

The society urges medical institutions to propose a choice of home care to terminally ill, non-coronavirus patients to avoid situations in which patients are unable to spend time with family members on their deathbeds because of hospital visitation constraints.

According to a health ministry survey, 55.1 percent of those surveyed in fiscal 2017 had still not had the so-called "life discussion" -- the nickname for Advance Care Planning.

Kaoruko Aita, a specially appointed professor of clinical thanatology at the University of Tokyo Graduate School, said, "This is not only for older people, but a good opportunity for everyone to think about better ways to live one's life to the fullest to the end."