TOKYO - Health minister Katsunobu Kato said Tuesday he has been asked by incoming Prime Minister Yoshihide Suga to be his chief Cabinet secretary, while sources familiar with the matter said those in key ministerial posts will be retained.

Foreign Minister Toshimitsu Motegi and Finance Minister Taro Aso are among those who will keep their jobs when Suga forms a Cabinet on Wednesday to carry out policies focusing on fighting the coronavirus pandemic while shoring up the economy, the sources said, while Defense Minister Taro Kono will trade his portfolio for that of minister in charge of administrative reform.

Suga, who was picked to succeed Prime Minister Shinzo Abe as leader of the ruling Liberal Democratic Party on Monday, is set to announce the members of his Cabinet after being named premier in an extraordinary Diet session on Wednesday. 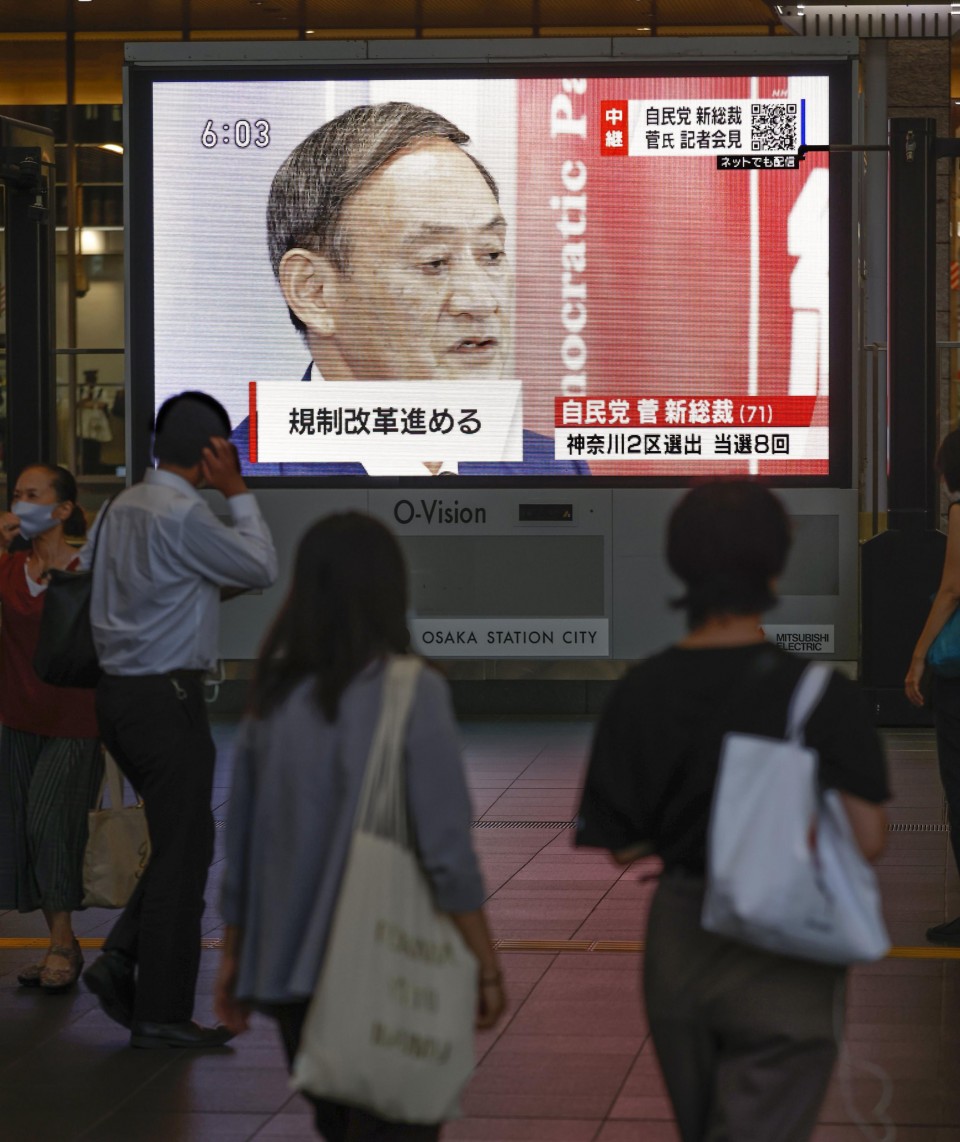 Economic and fiscal policy minister Yasutoshi Nishimura, who has headed the government's response to the coronavirus pandemic, will be retained, as will industry minister Hiroshi Kajiyama and Environment Minister Shinjiro Koizumi, according to the sources.

Kono had previously been under consideration for minister of internal affairs and communications, a post that will be taken up by Ryota Takeda, chairman of the National Public Safety Commission.

Nobuo Kishi, Abe's younger brother, who was adopted by their aunt and uncle, will serve as the new defense chief.

Norihisa Tamura, who served as health minister between 2012 and 2014, is set to return to the post, while former Justice Minister Yoko Kamikawa will regain her post and Hachiro Okonogi, a former chairman of the National Public Safety Commission, is being considered for a ministerial position, the sources said.

Kotaro Nogami, a former deputy chief Cabinet secretary, will be agriculture minister, while the post of reconstruction minister will be given to Katsuei Hirasawa.

Shinji Inoue, a former senior vice environment minister, will be minister in charge of preparations for the 2025 World Exposition in Osaka, while former technology minister Takuya Hirai is expected to be named digital minister, both newly created positions.

Tetsushi Sakamoto, former senior vice minister of internal affairs, is also expected to receive his first Cabinet post as minister in charge of building a society in which all 100 million people can be active.

In a press conference on Monday, Suga said he would choose Cabinet ministers who align with his passion for administrative reform regardless of faction affiliations.

Having served as chief Cabinet secretary under Abe for seven years and eight months, Suga said he plans to appoint someone who is "well-rounded" as his successor to a post that serves as both a policy coordinator and the government's top spokesman.

Kato told reporters Tuesday night that Suga had offered him the role and that he accepted. He said he will also assume the portfolios of the issue of North Korea's abduction of Japanese nationals in the 1970s and 1980s as well as mitigating the impact of U.S. military bases in Okinawa Prefecture.

As minister of health, labor and welfare, Kato has helped shape the government's response to the coronavirus pandemic. He also served as deputy chief Cabinet secretary under Suga between 2012 and 2015.

"I'll do everything in my power to support (LDP) President Suga and ensure the party is run smoothly," Nikai said at a press conference.

Tsutomu Sato, a former minister of internal affairs and communications, became chairman of the General Council while Hiroshi Moriyama remained as head of the Diet Affairs Committee. 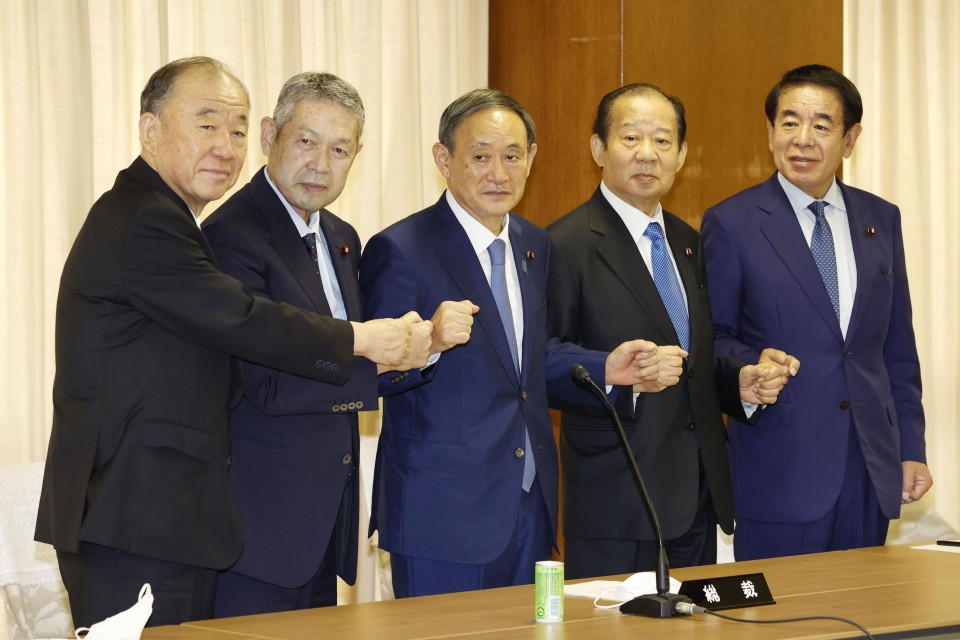 After the shake-up, Suga affirmed with Komeito leader Natsuo Yamaguchi the continuation of the governing coalition.

Nikai, who has served in the party's No. 2 post since 2016, is known as a power broker and played a key role in Suga's victory over current LDP policy chief Fumio Kishida and former Defense Minister Shigeru Ishiba.

The LDP's presidential election, triggered by Abe's sudden announcement in late August that he would resign for health reasons, was criticized for not having any female candidates despite the government's supposed push to create a "society in which women can shine."

Taimei Yamaguchi, head of the Party Organization and Campaign Headquarters, was chosen to lead the Election Strategy Committee. His old job was taken up by former Defense Minister Itsunori Onodera.

Positions in the LDP leadership reshuffle were spread between the five factions that backed Suga in the presidential election with the exception of Noda, who is unaffiliated.

Nikai denied suggestions Suga had handed out the positions as a reward for supporting him in the LDP presidential election, saying the media tends to exaggerate such wheeling and dealing.