The Short Shorts Film Festival and Asia opened Wednesday in Tokyo with livestreaming amid the novel coronavirus pandemic.

Tetsuya Bessho, a Japanese actor and founder of one of Asia's largest short film festivals, said during the opening ceremony he was glad the festival was finally taking place after having been postponed due to the coronavirus outbreak. The event was initially scheduled to be held in June. 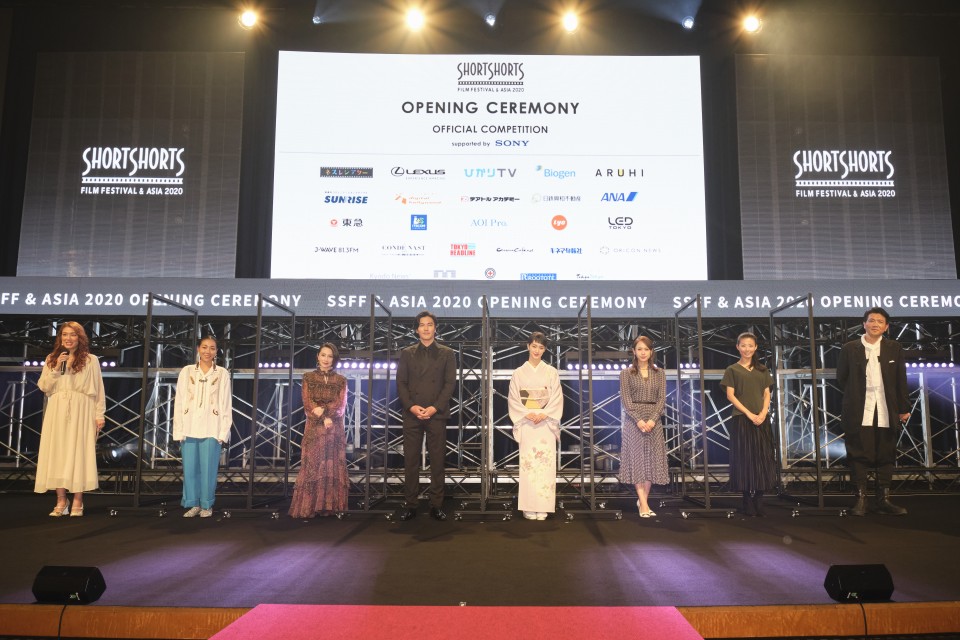 "While this year, we cannot welcome guests from around the world, I would like to connect with them online," said Bessho, who was also joined in the ceremony by Japanese celebrities including actresses Megumi Okina and Ayame Goriki.

Five prizes were awarded to productions including "You Need Help" directed by Britain-based Argentinian Barbara Elbinger. The 17-minute comedy, which won the Shibuya Diversity Award, tells the story of an elderly couple experiencing a blip in their marriage as the husband cannot come to terms with retirement.

Organizers say the award recognizes films that promote diversity and inclusion, with such concepts being promoted by the ward of Shibuya in Tokyo.

"Rewild," co-directed by Nicholas Chin and Ernest Zacharevic, was also among the short films that won prizes.

The festival, authorized by the Academy Awards, is showcasing around 200 short films from 112 countries and regions in Tokyo venues as well as online through Sept. 27.