Despite criticisms from environmental activists, Indonesian President Joko "Jokowi" Widodo is set to embark on a national food estate program to deal with a possible food crisis in the future due to the ongoing new coronavirus pandemic.

Citing repeated warnings from the Food and Agricultural Organization over the global food crisis, Jokowi told his Cabinet ministers during a meeting Wednesday that besides the pandemic, food estates are needed due to "climate change and more importantly, to reduce our reliance on imported food." 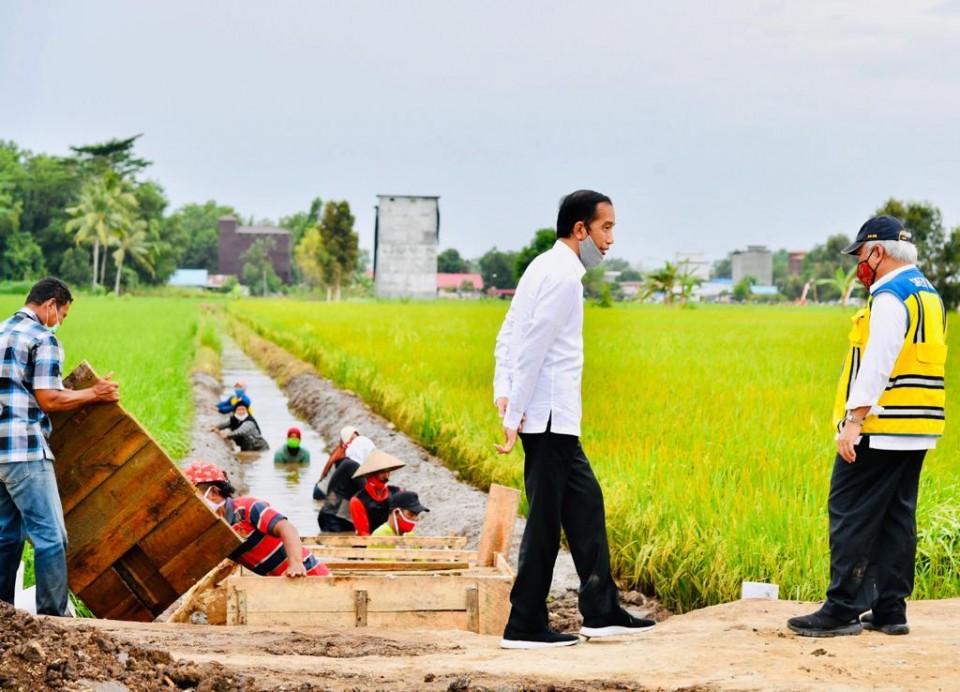 According to Jokowi, the provinces of Central Kalimantan on Borneo Island and North Sumatra will be piloting the program.

For the first stage, the president said, paddies will be planted on 148,000 hectares of land, while another 622,000 hectares will be set aside for cassava, corn and other crops, as well as farms, in Central Kalimantan.

By the end of 2025, however, the food estate will be expanded to cover a total 1.4 million hectares in Central Kalimantan, according to Defense Minister Prabowo Subianto, who has been assigned to lead the program.

If the pilot projects succeed, Jokowi said, the program will expand to three other provinces, including restive Papua in the easternmost part of the country.

Agricultural Minister Syahrul Yasin Limpo said planting is expected to start by the end of this year in Central Kalimantan.

The food estate plan, however, has since the very beginning sparked criticism from environmentalists because the farmland will be developed on degraded peatlands.

They were degraded under the regime of late strongman Suharto who launched an ambitious 1-million-hectare mega rice project in 1995, similar to Jokowi's one. It was deemed a total failure by experts, environmental activists and the local Dayak tribe.

Without proper environmental studies, Suharto's administration dug 4,695 kilometers of canals and smaller waterways for the project, draining and damaging peatlands. The development of the project cleared pristine forests and destroyed wildlife habitat.

Due to the drainage, the peatlands can no longer store water, leading to flooding during the rainy season and forest fires during the dry season.

Suharto's successor Bacharuddin Jusuf Habibie terminated the project in 1999, but by then the damage was done.

In 2016, the government established the Peatland Restoration Agency to restore the degraded peatlands, But before the restoration was completed, Jokowi revived Suharto's plan.

Dimas Novian Hartono, of the Central Kalimantan branch of nongovernmental organization Friends of the Earth Indonesia, said environmental studies have been done by the Ministry of Environment and Forestry, but they are "legally defective due to the lack of public consultation."

"Efforts to develop a food estate in Central Kalimantan show that the administration of President Jokowi has broken its promise to protect and rehabilitate peatlands," Dimas said.