A museum that archives and exhibits items related to the 2011 Fukushima nuclear disaster opened Sunday in the northeastern Japan town that hosts the stricken power plant, helping to preserve memories and pass on lessons to future generations.

The archives center in the Fukushima Prefecture town of Futaba, in an area designated as a no-go zone due to high radiation levels until March this year, rotates just under 200 of the roughly 240,000-item collection related to the world's worst nuclear disaster since the 1986 Chernobyl accident.

The opening of the prefecture-run museum had been planned for this summer but was delayed by the coronavirus pandemic. About 1,050 people visited on opening day. 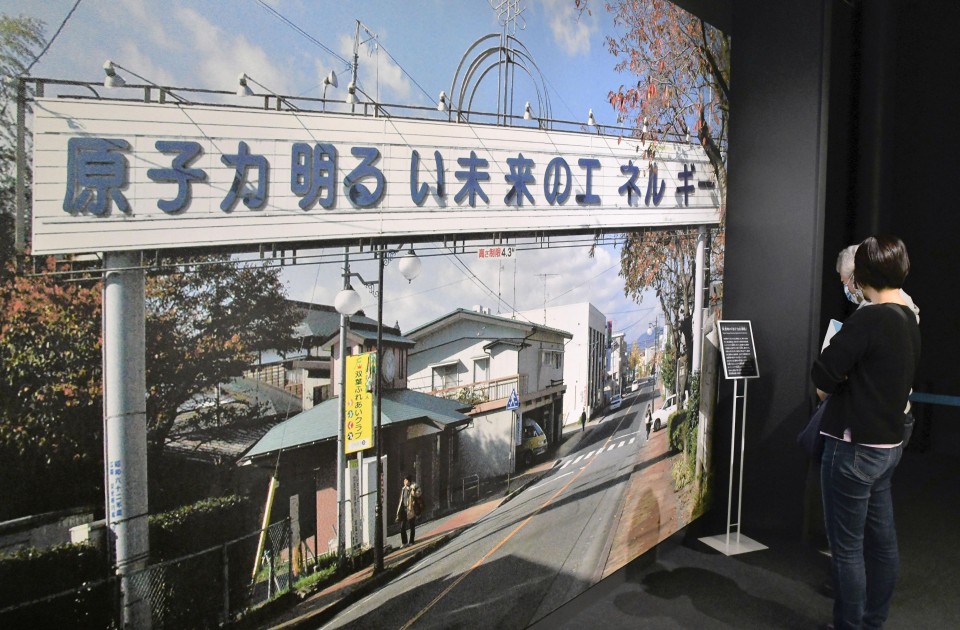 Photo taken Sept. 20, 2020, shows the interior of a disaster museum built in memory of the March 2011 earthquake and tsunami, and the subsequent nuclear crisis in Futaba, the northeastern Japan town that hosted the crippled Fukushima Daiichi nuclear plant. About 240,000 items mostly related to the nuclear crisis have been collected for the three-story museum, which opened the same day. (Kyodo)

At an opening ceremony, museum director Noboru Takamura said, "It has already been nine and a half years since the accident. We'd like visitors to see how Fukushima has recovered from the unprecedented nuclear disaster."

The three-story museum comprises six sections, starting with a theater with large screens introducing the lives of locals before the earthquake, tsunami and nuclear disasters hit on March 11, 2011, then how residents evacuated and the ensuing efforts to decommission the stricken reactors and rebuild affected areas.

With a total floor area of 5,300 square meters, the other zones are laid out in chronological order to detail those developments with exhibits, including memorials and resident accounts. Twenty-nine locals will spend time at the museum to give first-person accounts of the period.

Also among the exhibits is a whiteboard with handwritten data on radioactive iodine levels that had been moved from a now-defunct prefectural nuclear power center that, located about 5 kilometers west of the Fukushima Daiichi plant, gathered radiation data for three days after the nuclear catastrophe.

Protective clothing and bags used to store waste generated in the prolonged decontamination efforts are also on display. 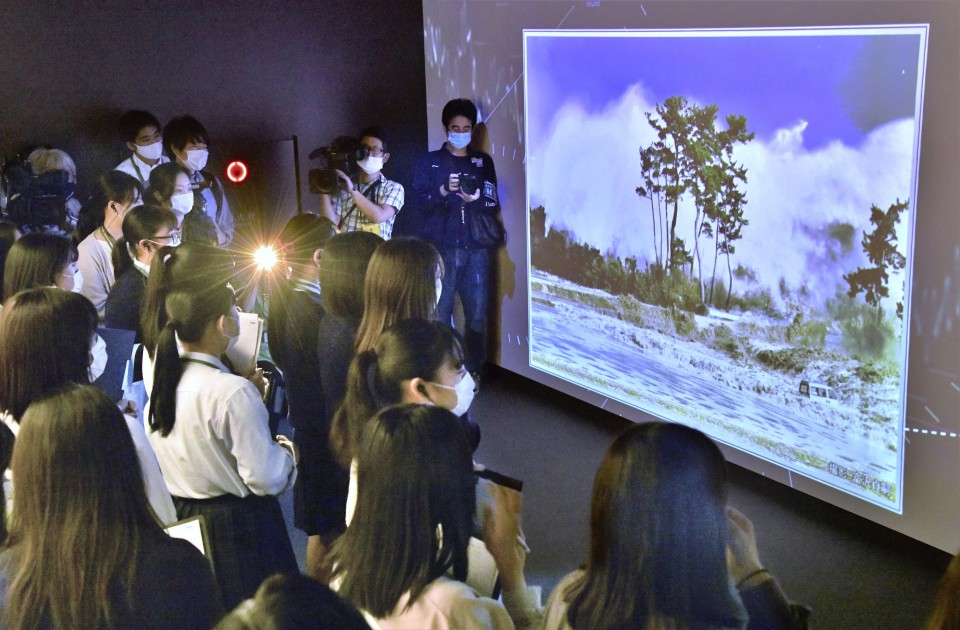 Photo taken Sept. 20, 2020, shows the interior of a disaster museum built in memory of the March 2011 earthquake and tsunami, and the subsequent nuclear crisis in Futaba, the northeastern Japan town that hosted the crippled Fukushima Daiichi nuclear plant. About 240,000 items mostly related to the nuclear crisis have been collected for the three-story museum, built at cost of 5.3 billion yen. (Kyodo)

"I was taken back to the time immediately after the accident and felt emotionally distressed," said visitor Kichio Ito, 78, who now lives in Koriyama, Fukushima Prefecture, after fleeing from Futaba.

The opening of the museum has not come without criticism, however, with some pointing out that it does not sufficiently highlight the government and Tokyo Electric Power Company Holdings Inc.'s failures in preventing the accident, rather, it focuses uncritically on the disaster and aftermath, they say.

To attract visitors from abroad, tablet devices are available and offer explanations in English, Chinese and Korean, according to the local government, which expects some 50,000 annual visitors. Tickets are 600 yen ($5.70) for adults and 300 yen for students.

In the Fukushima disaster, three reactors at the plant operated by TEPCO suffered meltdowns and spewed radioactive materials into the air, forcing a mass evacuation of residents as flooding from the tsunami crippled the plant's cooling systems.