The U.S. city of Boston has proclaimed Sept. 1 this year as "Seiji Ozawa Day" in honor of the renowned former Boston Symphony Orchestra conductor, who turned 85 on Tuesday. 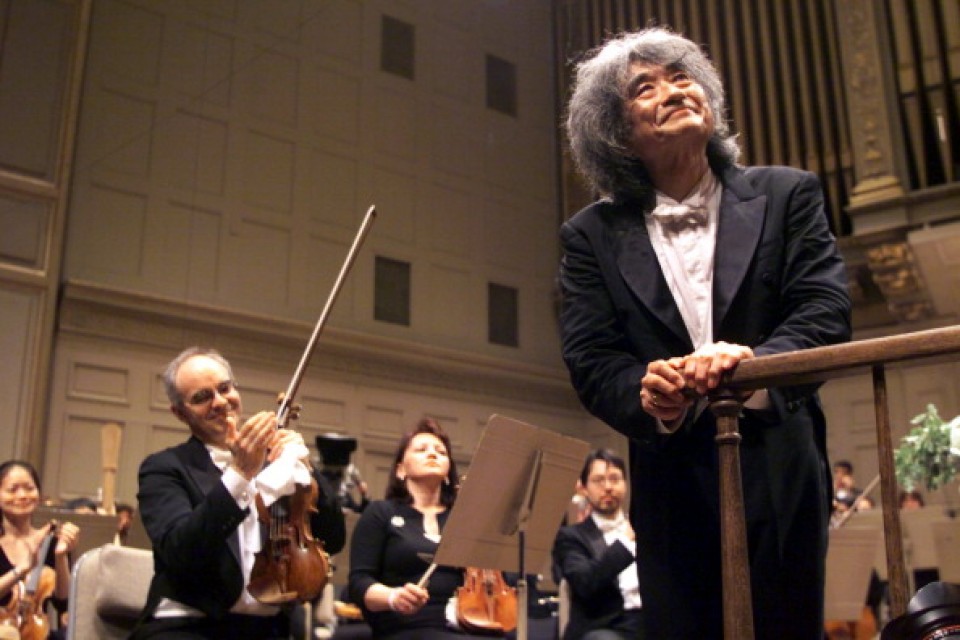 Seiji Ozawa takes a bow during his final perfomance after 29 years with the Boston Symphony Orchestra. (Boston Globe/Getty/Kyodo)

In a written statement, Ozawa said, "For me, Boston is my second home. I love and miss all my colleagues and friends at the Boston Symphony Orchestra, who I still think are like my family."

"And so too with everyone at the Red Sox and the Patriots. (Of course I still watch all the matches on the Internet)," he went on, referring to the city's Major League Baseball and American football teams.

Now the orchestra's music director laureate, Ozawa continues to be involved with Boston, including serving as a goodwill ambassador for the Boston Red Sox.

He underwent surgery for esophagus cancer in 2010, a hernia in 2011 and heart valve disease in 2018, but returned to conducting each time.