Cyclists' traffic violations hit a record high of over 20,000 last year in Japan and the rising trend appears to be continuing this year as more people turn to bikes amid the coronavirus pandemic, police data showed Friday. 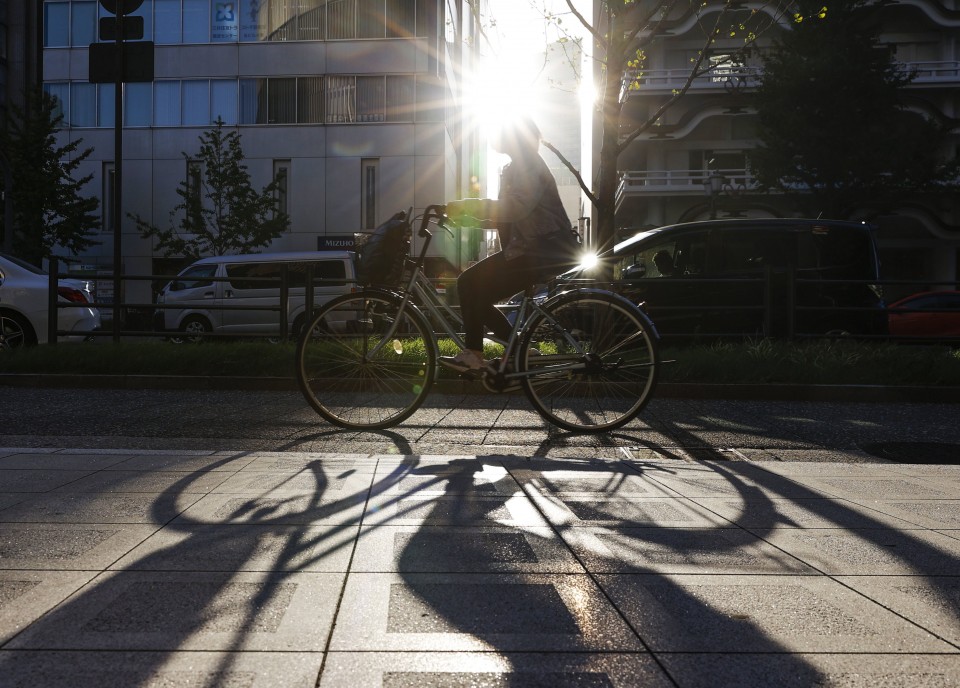 A cyclist is seen in the center of Osaka on Sept. 8, 2020, as riders increase amid the coronavirus pandemic. (Kyodo)

It warned that of the 427 cyclists who died in accidents in 2019, 329 of them, or 77 percent, did so when violating traffic rules. More than half the violations, or 12,472, involved ignoring traffic lights, it said.

The public appears to lack awareness that bicycle riders are subject to traffic rules just as vehicle drivers are, an agency official said.

The tally of cyclists' violations topped 10,000 in 2015, when traffic regulations were tightened to require that serious offenders take a traffic safety course, and has since trended upward, according to agency data.

In light of the growing popularity of cycling amid the virus outbreak, including for home delivery services, police are enhancing crackdowns, particularly on dangerous cycling.

The traffic law says cyclists aged 14 or older who ignore police warnings over dangerous cycling twice over three years must take a three-hour safety course or pay a fine.

By type of violation, crossing a railroad after the gates close came second, with 5,931 cases in 2019.

Other violations include 1,555 cases of failure to stop at a stop sign, 1,024 of breaking rules such as not using earphones or an umbrella while cycling, while 109 involved cycling while drunk.