Princess Yuriko, the oldest member of the imperial family and great-aunt of Emperor Naruhito, has been diagnosed with heart failure, the Imperial Household Agency said Monday.

The 97-year-old princess, the widow of Prince Mikasa, is in stable condition and able to converse and eat. She will be medicated and stay at a Tokyo hospital for two to three weeks, according to the agency. 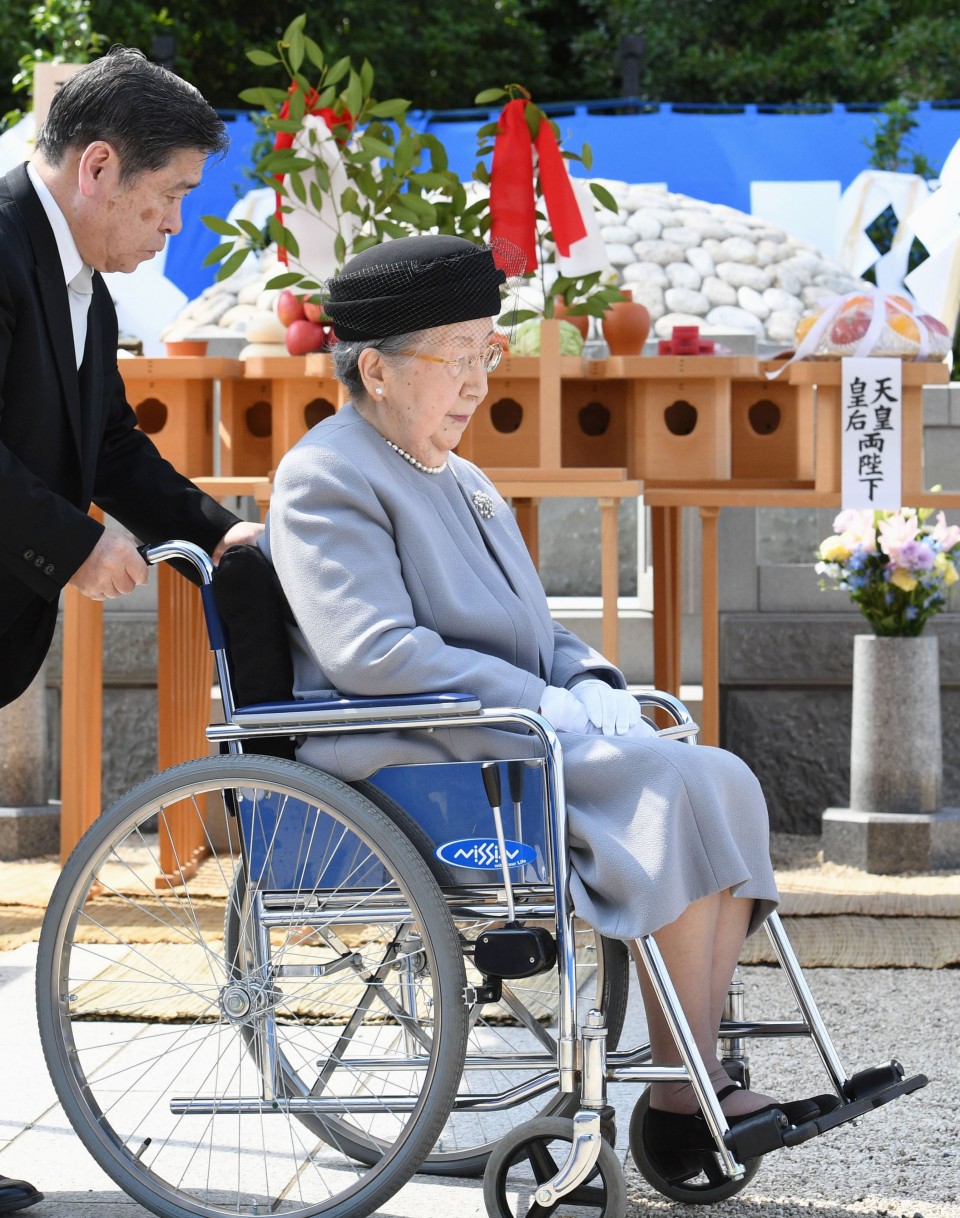 Princess Yuriko is seen at the Toshimagaoka Cemetery in Tokyo after attending a memorial ceremony for her son Prince Tomohito of Mikasa on June 6, 2017, the fifth anniversary of his death. (Kyodo)

Her heart's ability to pump blood has been weakening, and the princess will receive treatment to remove the buildup of pleural fluid, it said.

She was originally slated to stay at St. Luke's International Hospital for a week before the diagnosis.

The princess had been diagnosed with pneumonia and admitted to the hospital last Thursday after a monthly health checkup. She had been coughing and showing symptoms of exhaustion for a few days prior.

Her heart failure was discovered during a separate checkup following her admission into the hospital. She has tested negative for the coronavirus.

The princess was fitted with a pacemaker after being diagnosed with bradyarrhythmia, or a slow heart rate, and angina in May 1999. She has regularly replaced the device since.

The princess is a member of Japan's former nobility. In 1941 at the age of 18, she married Prince Mikasa, younger brother of Emperor Hirohito, posthumously known as Emperor Showa. Her husband died of heart failure in 2016 at age 100.

The couple had three sons and two daughters. Their sons Princes Takamado, Tomohito and Katsura, died in 2002, 2012 and 2014, respectively.

She has three granddaughters in the imperial family. Two others -- Princess Noriko and Princess Ayako -- gave up their imperial titles after getting married to commoners in 2014 and 2018, respectively.