Undefeated rank-and-filer Onosho took sole possession of the lead at the Autumn Grand Sumo Tournament on Thursday after top-division rookie Tobizaru fell to his first loss.

Ozeki Takakeisho and sekiwake Shodai headline a group of seven wrestlers trailing the unanticipated leader by a win at 4-1 after five days of action at Tokyo's Ryogoku Kokugikan. 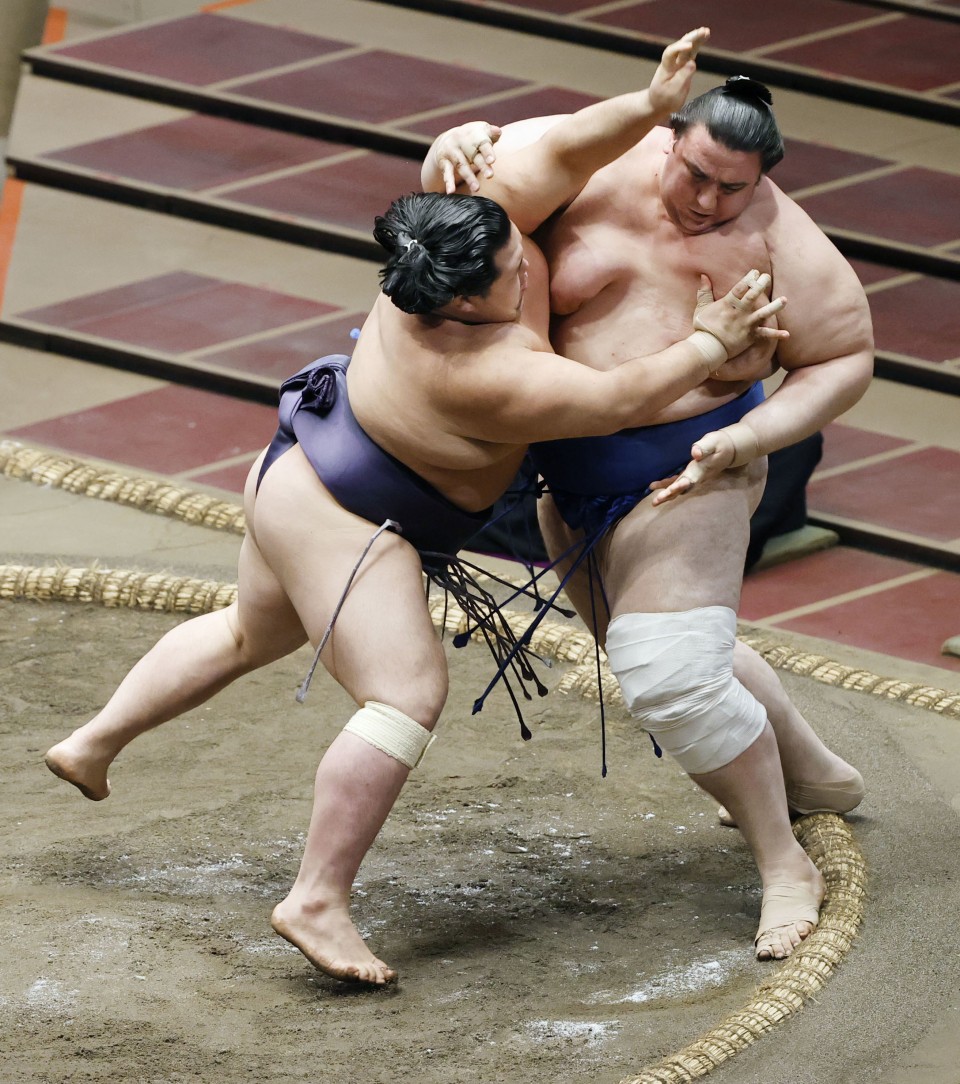 With both yokozuna out with injuries and the remaining top-ranked grapplers struggling to deliver, former komusubi Onosho has a fighting chance of winning his first makuuchi division title at the 15-day meet.

The No. 9 maegashira, who is bouncing back from a 13-bout losing streak at the July basho, defeated No. 7 Aoiyama (2-3) to clinch his fifth straight win and take command of the leaderboard.

With a hard initial charge, Onosho drove Aoiyama to the edge of the ring and withstood a pull-down attempt from the Bulgarian while thrusting him over the straw.

The makuuchi newcomer threw everything at his opponent and had him on the ropes, but Kotoeko circled around and turned the tide of the match as he blasted Tobizaru off balance.

Seizing the opportunity, Kotoeko put Tobizaru on the back foot, then crushed him out to his first defeat.

In other bouts, Takakeisho (4-1) had little trouble thrusting out Myogiryu (3-2), and remains unbeaten in 10 top-level meetings with the No. 3 maegashira.

Asanoyama (2-3) showed a return to form with a push-out win over No. 2 Tamawashi (2-3). The ozeki earned his second straight victory by turning Tamawashi around and shoving the off-balance Mongolian over the edge. 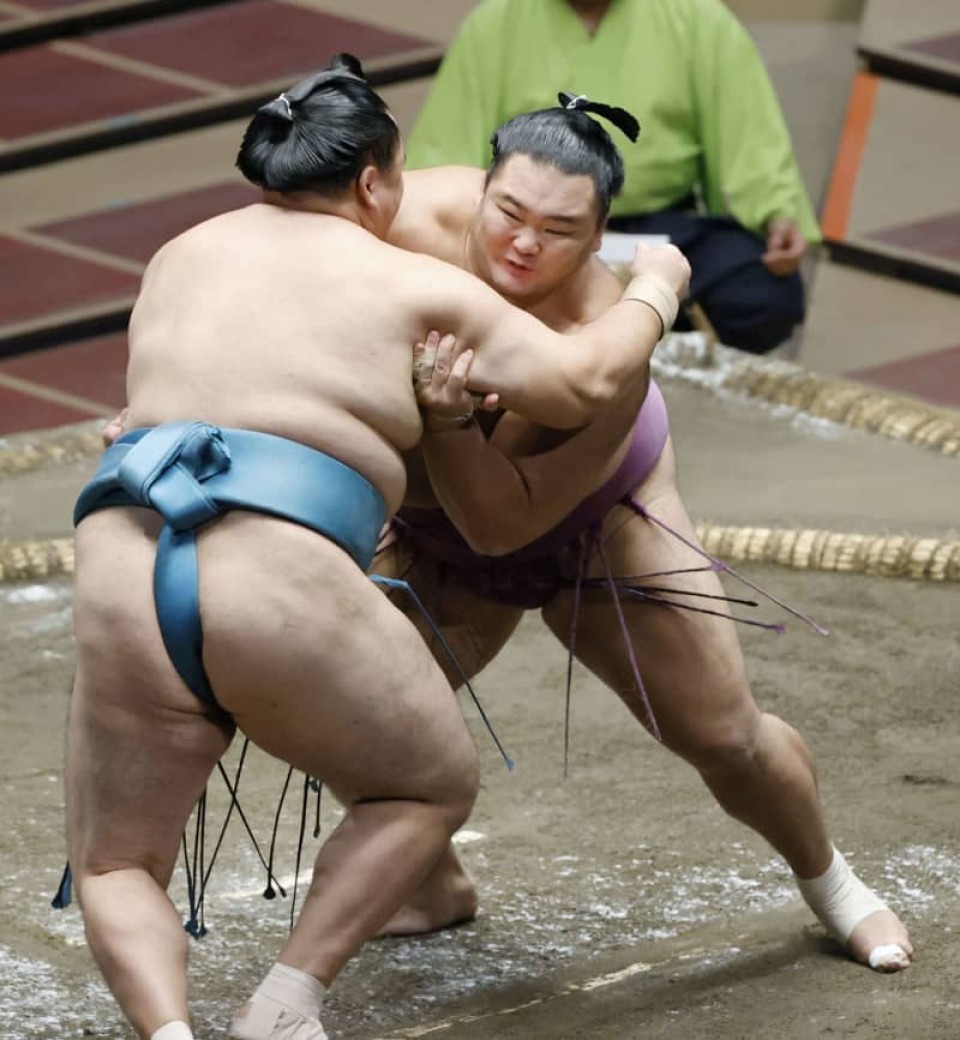 Shodai (4-1) wasted no time dispatching No. 2 Hokutofuji (1-4), stopping him cold in his tracks and hustling him out of the ring.

Sekiwake Mitakeumi quickly pulled down No. 3 Terutsuyoshi (2-3) and improved to 3-2.

No. 1 Terunofuji (3-2) beat Daieisho (1-4) by driving the new sekiwake over the edge before stepping out.

Endo (3-2) outlasted Okinoumi (1-4) in a komusubi clash that kicked off the elite portion of Day 5 bouts.

The pair on the lowest rung of the "sanyaku" ranks locked up and tried to swing each other out, but Endo's superior balance tipped the scales and allowed him to deposit his colleague over the straw.